Students say buses are overcrowded: ‘OMG… people are sitting in the aisle’ 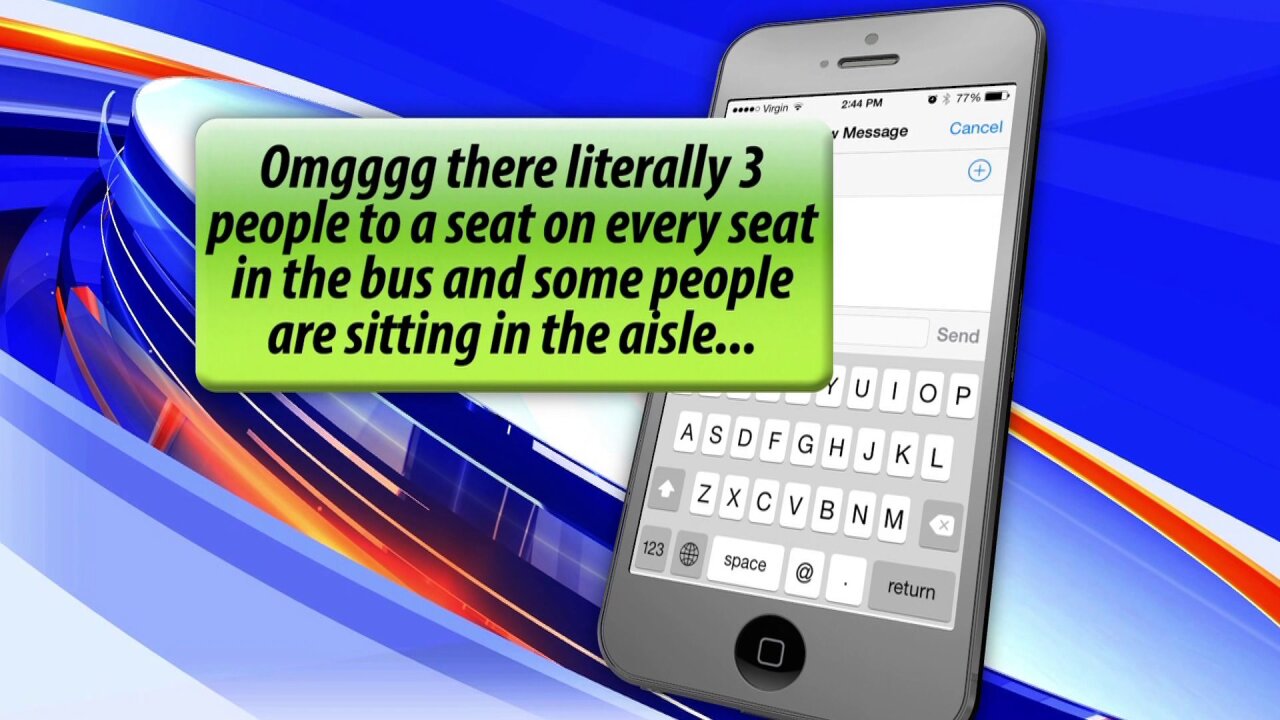 PRINCE GEORGE COUNTY, Va. -- While some overcrowding on area school buses was expected on the first day of school in most districts, some Prince George parents say packed and sometimes late buses are still a problem as of Thursday.

In fact, one Prince George student texted her mother  Thursday morning: "OMG there literally three people to a seat on every seat in the bus and some people are sitting in the aisle."

LaWayne Bland, whose daughter attends Prince George High School, said when she boarded the bus there was nowhere for her to sit.

Additionally, Bland said his friend is having similar problems.

"My friend who lives on the other side of the county, he can't even get on the bus. They have to actually have to drive him in order to get to school," Bland explained.

Curtis Johnson, who is also the  parent of a Prince George student, said he saw a bus drop off students well past 6 p.m.

"That is the latest I have ever seen elementary students dropped off," Johnson said.

"This is your tenth day on the job are you worried about this?" St. George asked.

"When you say not worried about it, because we know we are going to do better at it, we have to get better at it," Bingham said.

In addition, Bingham stressed all of the issues should be addressed by next week. Bingham also said last-minute registrations as well as parents changing pickup locations have impacted buses.

Bingham is encouraging any parent with a complaint to reach out to him directly.

Depend on WTVR.com and CBS 6 News for updates on this story.