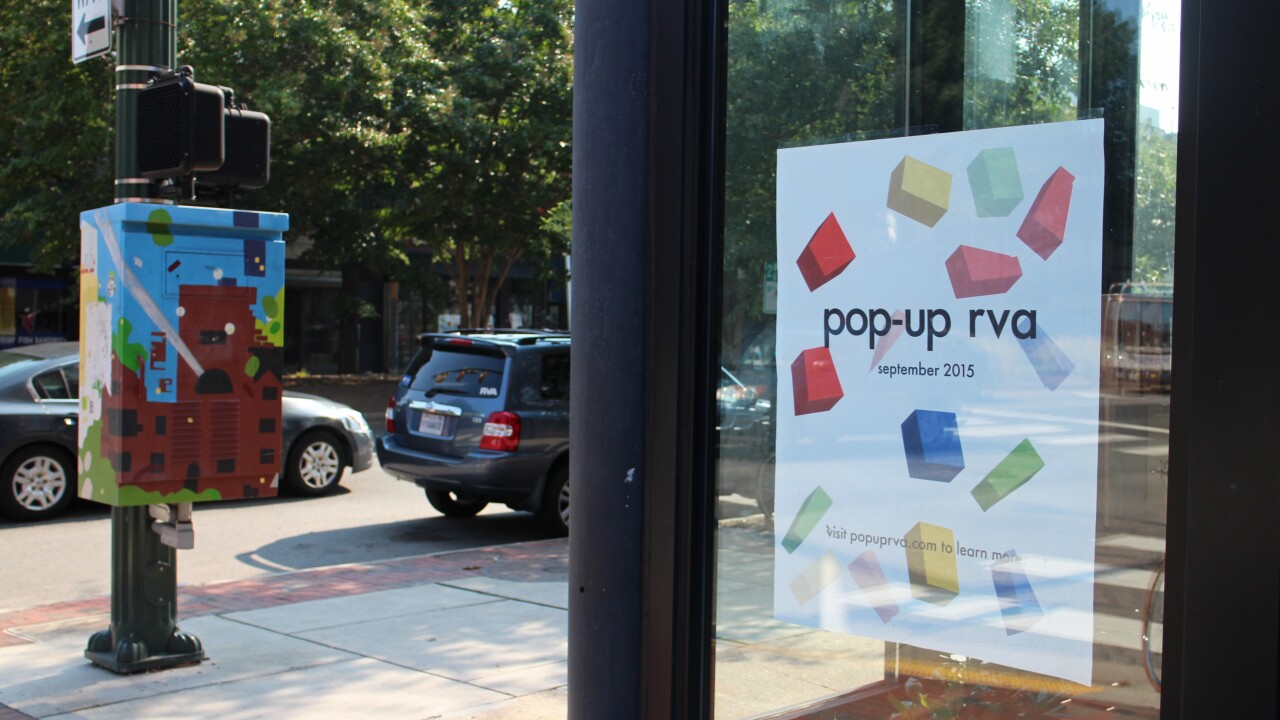 Retailers are popping up in mini stores along Broad Street. (PHOTO: Michael Thompson)

RICHMOND, Va. — The developer of a major downtown apartment project is using the upcoming bike race as retail testing ground. Washington, D.C.-based Douglas Development is working to lease some of its long-vacant storefront properties around its Central National Bank redevelopment project during the UCI Road World Championships as a way to gauge long-term demand for retail in the area.

The company is working with the nonprofit Storefront for Community Design to accept applications from tenants and facilitate the leases for a total 5,000 square feet of retail space between five storefronts near the intersection of East Broad and North Second streets.

Cindy King, a Douglas Development asset manager in Richmond, said leasing the empty storefronts during the race from Sept. 19-27 is both a way of drumming up interest in the available Douglas-owned properties and testing consumers’ appetite for more retail downtown.

“We partnered with Storefront for Community Design so we can try to show some activity in these locations,” King said. “If you see action in there, it draws more attention.”

Their effort is branded as Pop-Up RVA, and the city of Richmond and the Downtown Neighborhood Association are also helping in the process.