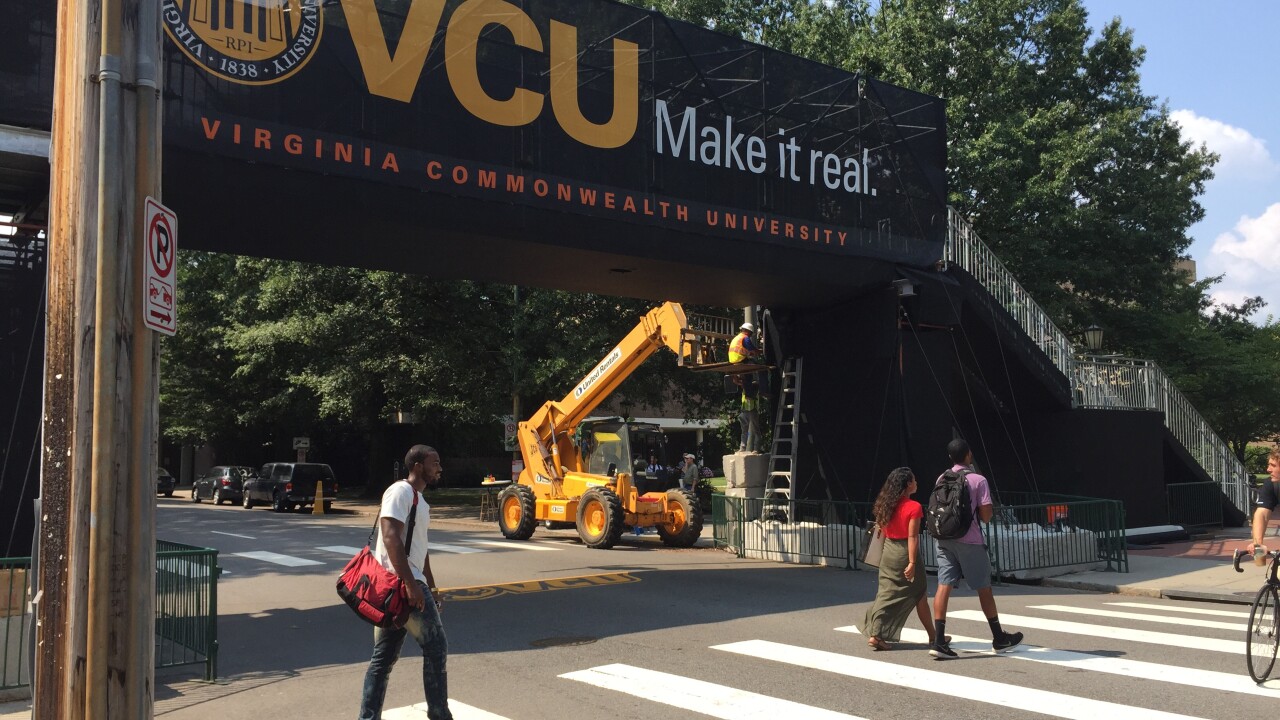 Two pedestrian bridges are being constructed to accommodate pedestrian traffic during the UCI Road World Championships in the city (Sept. 19 – 27)

RICHMOND, Va. — Construction has begun on pedestrian bridges at two locations on the Monroe Park campus of Virginia Commonwealth University.

The bridge on West Main Street, where it intersects with Cherry Street, is complete.

At the end of two days of road closures and work, a structure emerged that had passersby snapping pictures and gazing up in admiration.

Construction begins on the second bridge from 9 a.m. to 5 p.m. on Thursday and Friday, Sept. 3 and 4.

Two  bridges will be constructed to accommodate pedestrian traffic during the UCI Road World Championships in the city (Sept. 19 – 27)

That elevated walkway will lift foot traffic up over Franklin Street, on the 800 block near VCU’s Founders Hall and VCU’s Blanton House, according to a university news release. Construction will impact travel (**see below for road closures*).

When it’s all said and done, don’t get attached.

The bridges are intended only to help with pedestrian traffic during the UCI Road World Championships in the city, Sept. 19 – 27, 2015.

A call into VCU confirmed these are just temporary.

That’s not to say people don’t desperately want them to become permanent, and ease travel down Main Street, Floyd Avenue, and Franklin Street near campus.

Or perhaps, while we’re building things, a monorail over campus — and Short Pump.

Sidewalks around the immediate construction area will be closed but will be open along the rest of W. Franklin Street.