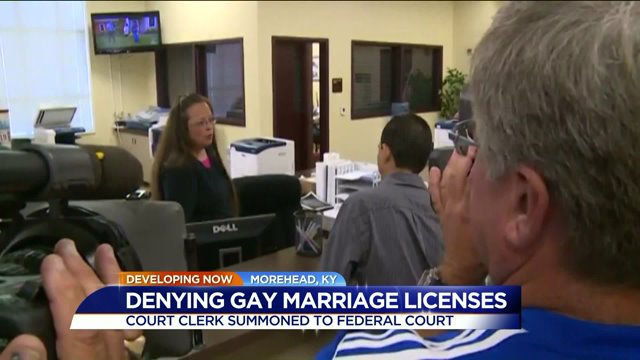 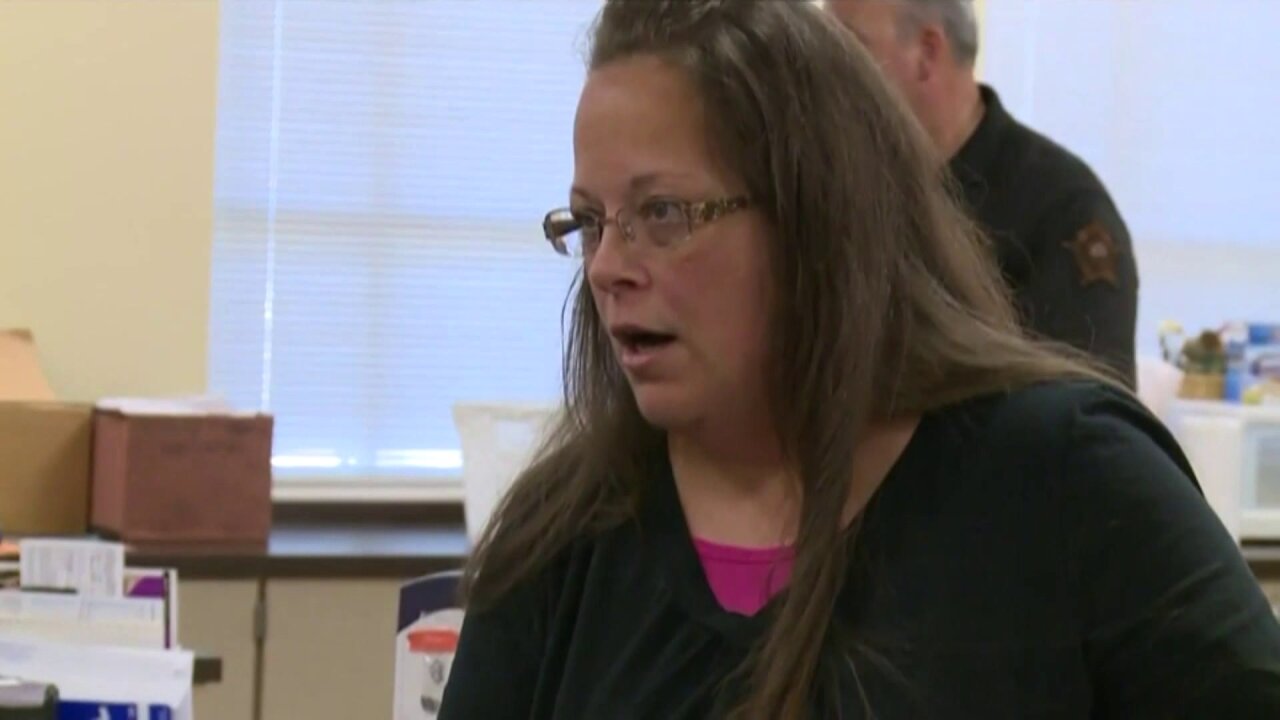 ROWAN COUNTY, Ky. -- The Kentucky county clerk who has refused to issue same-sex marriage licenses for religious reasons despite a Supreme Court ruling has been divorced three times, according to court documents.

A federal judge will hold a hearing Thursday to consider a contempt of court motion filed against Kim Davis, the Rowan County clerk who has drawn national attention.

The motion comes after the Supreme Court ruled against Davis earlier in the week in her attempt to deny issuing the licenses while she seeks to appeal her case based on religious objections.

Davis is expected to be present at Thursday's hearing as well as each of her deputy clerks.

In a statement released Tuesday, Davis said she has received death threats but intends to continue to serve as the county clerk.

The American Civil Liberties Union, representing two same-sex and two opposite-sex couples wanting to get married in Rowan County, says Davis has no legal basis to avoid performing her duties as government clerk.

"The law is clear and the courts have spoken," said Steven R. Shapiro, legal director of the ACLU. "The duty of public officials is to enforce the law, not place themselves above it," he said.

In her statement, Davis outlined why she continues to resist. She said that four years ago she turned to the church after the death of her mother-in-law, "and heard a message of grace and forgiveness." She said she surrendered her life to Jesus Christ.

"I am not perfect," she said in the statement. "No one is. But I am forgiven."

She added, "To issue a marriage license which conflicts with God's definition of marriage, with my name affixed to the certificate, would violate my conscience."

Court documents reveal that Davis herself had been divorced three times. Her last divorce was granted in October 2008 for a marriage that lasted little over a year.

"She testified pretty clearly that she's never asked anyone about their marriage past before issuing a marriage license," said Roger Gannam, Davis' attorney. "Her objection is calling a same-sex relationship a marriage."

In his Aug. 12 opinion, U.S. District Judge David L. Bunning said the state was not asking Davis to condone same-sex unions on religious grounds. He said she was "simply being asked to signify that couples meet the legal requirements to marry. "

"She may continue to attend church twice a week, participate in Bible study and minister to female inmates at the Rowan County Jail," Bunning said in the opinion. But he said her religious convictions cannot "excuse her from performing the duties that she took an oath to perform as Rowan County Clerk."

Wednesday afternoon, Mike Huckabee, who hopes to secure the Republican nomination for president in large part by appealing to the GOP's evangelical voters, spoke with Davis over the phone, he said in a statement issued by his campaign.

"I let her know how proud I am of her for not abandoning her religious convictions and standing strong for religious liberty. She is showing more courage and humility than just about any federal office holder in Washington," Huckabee said.