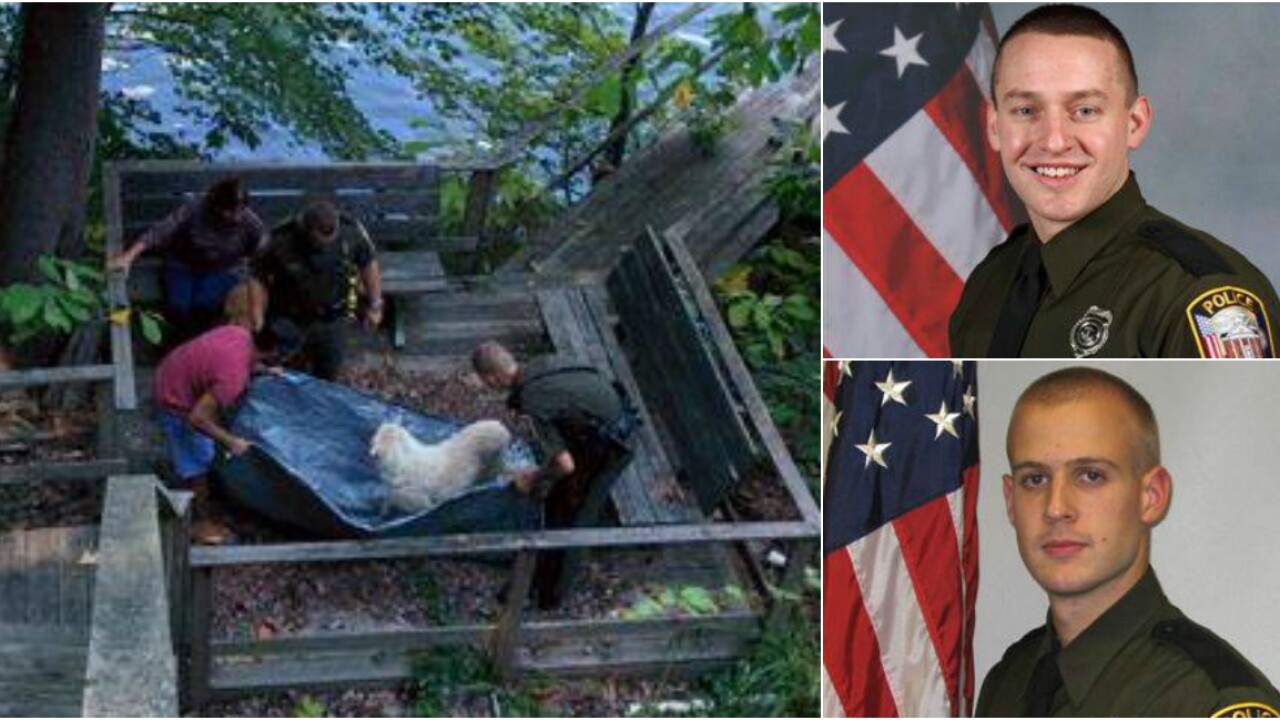 I wanted to write and commend two of your officers, Officer G. C. Percival and Officer A. W. Warejko, for their outstanding professionalism and for being incredibly nice. They are perhaps the nicest police officers I have ever met so I wanted to write to you and personally express my gratitude for their service and for your role in training them.

These days we are often inundated with stories of police brutality or bias and it was so refreshing that these two officers single-handedly eradicated any hint of that negative perception in a heartbeat – they exemplify the ideals of being great police officers and outstanding public servants. I hope they have a long and storied career in your department.

For background, here’s what happened: I was visiting my in-laws from California (coming to Virginia for the first time) on Friday morning when their two golden retrievers, Goldie and Blondie, were missing. We walked around their property and ultimately heard them barking from the bottom of a steep ravine at the back of the property.

Their house sits on the top of a hill overlooking the James River and there is a steep path (of over 150 wooden stairs) that lead down to the James River. Goldie and Blondie are 12 years old and suffer from a variety of health ailments – including Leukemia, Arthritis, etc. These poor dogs are old and have suffered many debilitating health problems.

Once we found the dogs, they had a hard time jumping out of the river onto the embankment. Due to their age and health problems, they were simply unable to pull out of the river and couldn’t make it past more than four steps on the long path upward.

We were at a loss for what to do – they each weigh over 90 pounds so we didn’t know how we would be able to get them up the stairs and back to the house. They could barely move. There were no neighbors that could help. We called animal control and they didn’t have any availability for someone to come out and help. Ultimately, we called the fire department who dispatched Officer Percival to assess the situation.

He arrived with a big smile on his face and walked down the stairs and was so genuinely kind and helpful. He immediately called Officer A. W. Warejko to help. In the meantime, Officer Percival, was quick to think and come up with a solution – we had to carry these dogs up the stairs and the only way to do that was to come up with some sort of contraption to carry the dogs up the stairs. Officer Percival suggested the use of a tarp to wrap the dogs and then carry them up – and by the time Officer Warejko arrived, we had found a piece of tarp to do the job.

Officer Warejko had a big smile on his face and was also so genuinely nice – despite being allergic to dogs, Officer Warejko was ready to help. Along with Officer Percival, Officer Warejko and myself wrapped each dog individually in the tarp and carried them up the long steep stairs back to safety.

The officers were drenched in sweat – but despite this whole ordeal, they were so genuine in doing their jobs and so overwhelmingly positive, we were very touched by their assistance. Never once did they make us feel as though this was beneath them. They helped with genuine warmth and kindness.

In conclusion, whatever you are doing in Chesterfield County to produce officers like Percival and Warejko should be emulated on the national scale. They represent the best of public service and we are grateful for their service to the county.