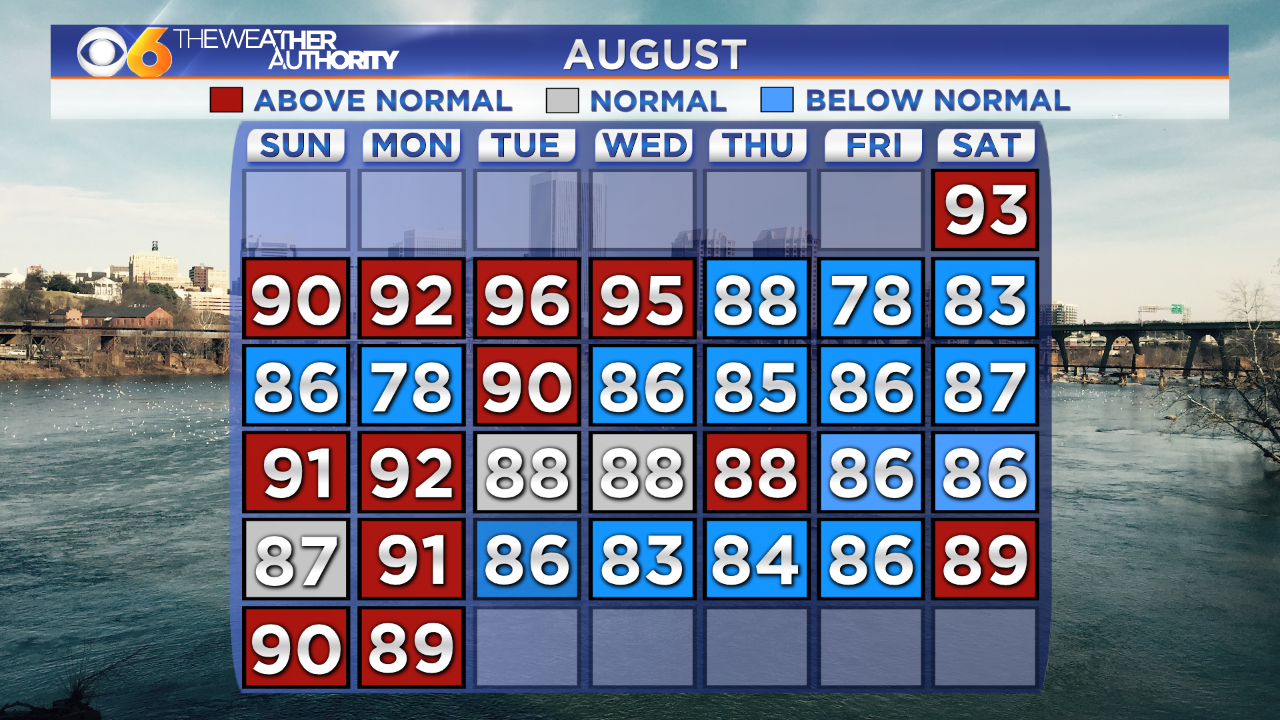 While we had some heat in August, we also had some below normal highs and lows.  When you balance all of this out, August ended up being perfectly normal, with an average temp of 77.5°.

The hottest day was 96° on the 4th.  We had ten days in the 90s, which is slightly below normal, but it doubled the amount of 90s we had last August.  But thanks to a hot June, we’re right around the normal number of 90s for the year.

Spring and the beginning of summer were fairly wet, but the majority of August had meager rainfall.  The month ended up being 1.89″ below normal.