Two Henrico drivers rack up as much as $70,000 in unpaid toll fines 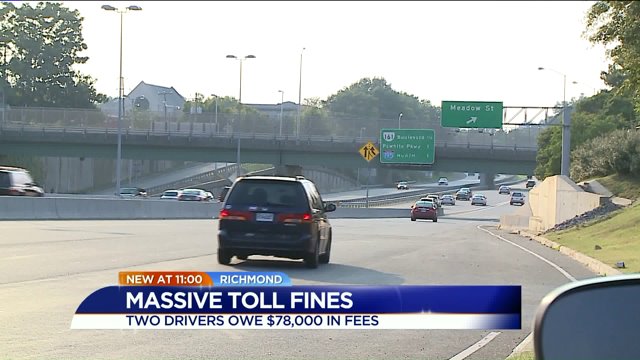 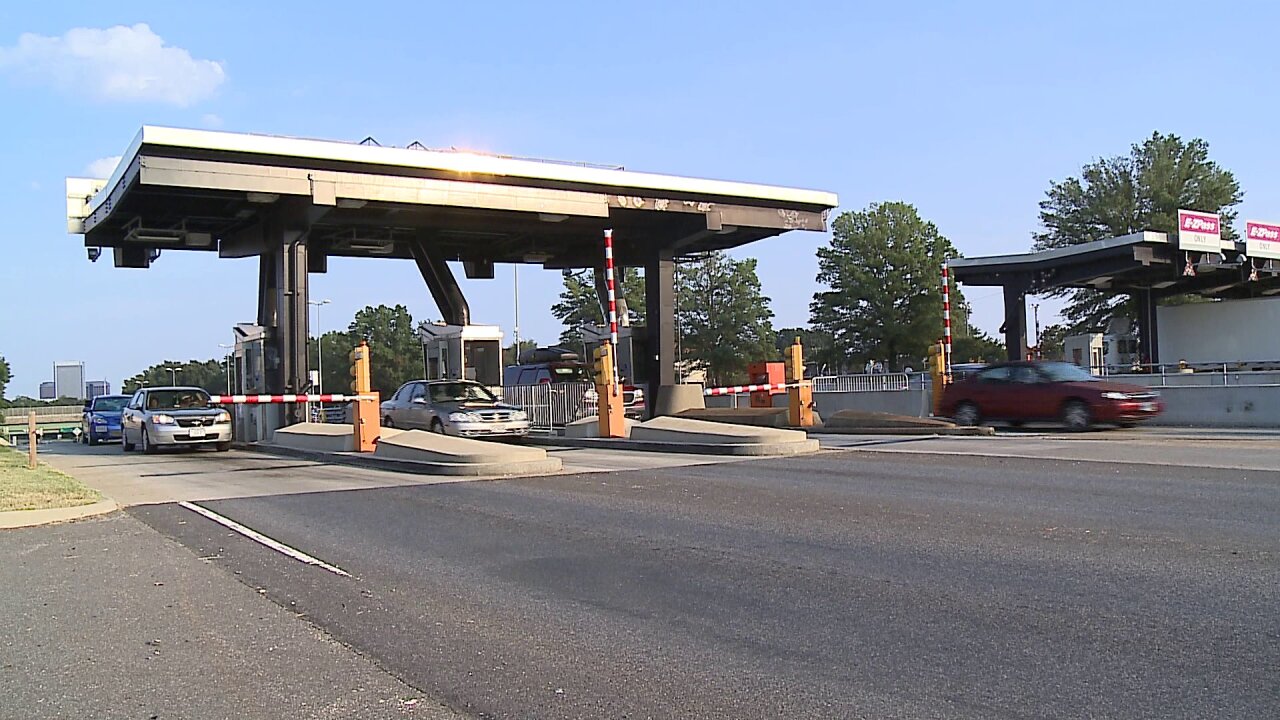 HENRICO COUNTY, Va. -- Have you ever seen the big white sign when you drive through toll plazas on RMA toll roads, that warn of up to a $500 fine if you fail to pay the 70-cent toll? Two Henrico County drivers will soon learn not having an EZ-Pass is going to be hard on their wallets.

Driving from Chesterfield or Henrico to downtown Richmond costs 70-cents at each toll plaza, totaling anywhere from $1.40 to $2.80, round-trip.

"Folks go to work to pay their bills, not to pay tolls, plus fines that can triple or even go as high as fifty times over the original fine," said Cliff Brown, driving in from Chesterfield.

A Henrico driver will soon be served a five-inch stack of some 93, fail-to-pay toll summonses.

And that's basically what's happened for a female driver in Henrico.  She will soon be served a five-inch stack of some 93, fail-to-pay toll summonses.

Another Henrico driver will be served a two-inch stack of summonses, with fines approaching $26,000.

"Unless you’re Donald Trump, who can pay that?” said Capehart.

And it's likely most drivers can't afford the high fines. Stone points out toll-dodging is a civil penalty case.  It's not something where a judge can take your license; but even so, you could be forced to use a different car.

"It doesn't go on your traffic record and doesn't count as points, but if you don't pay, they can attach it to your DMV record, where they can refuse to issue a tag or registration," Stone said.

CBS 6 has the names of both drivers on the two piles of summonses.  We went to their homes, but no one answered their respective doors.

Other drivers said getting served with a summons for tens of thousands of dollars, could put the brakes on their traveling, and a whole lot more.

"It would make my heart drop,” said Capehart. “ I'm almost having a heart attack thinking about it."

CBS 6 called the RMA, to ask them about these summonses. At this hour it's unclear if these are RMA fines or VDOT fines, even though the RMA box is clearly checked on all the summonses.

Stone pointed out the state has the authority to garnish wages until the fines are paid off.