Students dress like Superman to honor teen who died of cancer 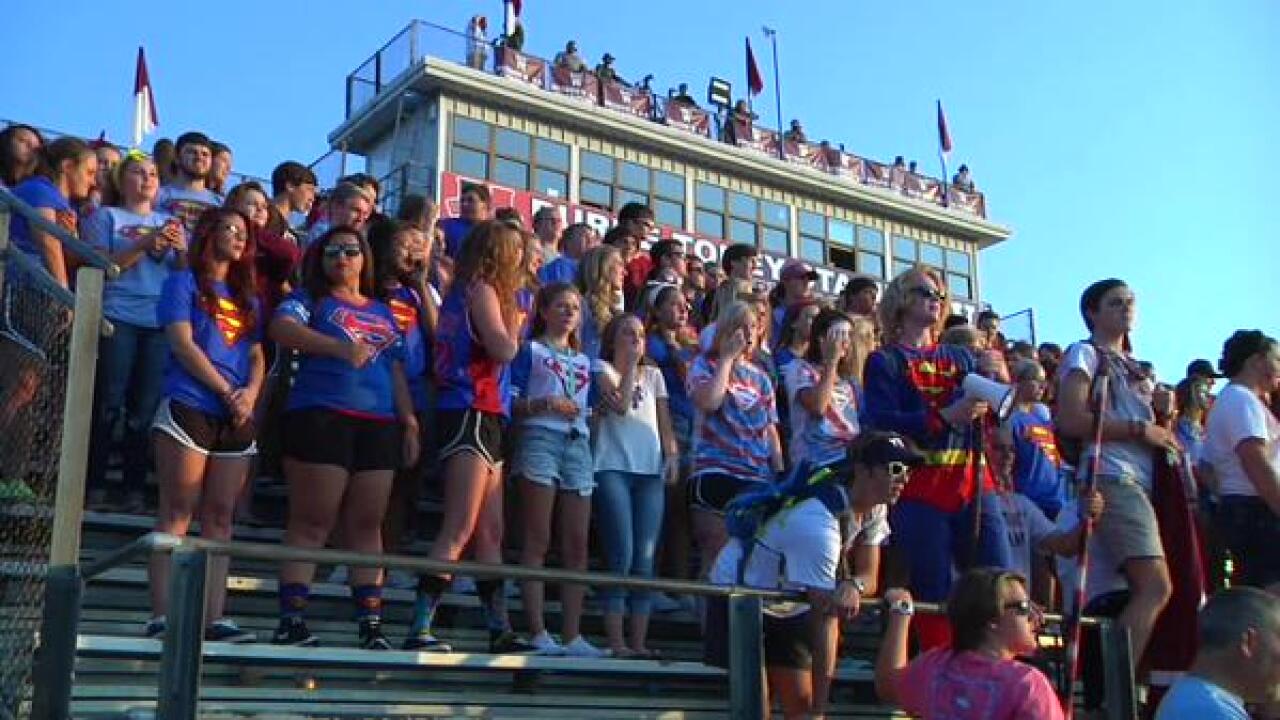 Jonathan Fluker’s best friend started calling him Superman after he was diagnosed with cancer in 2009.

“He never stopped smiling and he never stopped putting a smile on my face. Even when I was full of negativity, he would reassure me that he was never going to leave me,” the 17-year-old told CNN.

“I said to him ‘You’re my Superman, you’re always going to be my Superman because you have the strength to get through this. I know you’ll keep fighting and you won’t give up.’ ”

The nickname caught on at school. Living up to the name, he wore a Superman T-shirt under his tuxedo to prom in 2014, attending in a motorized wheelchair thanks to a specially equipped van provided by the local Children’s Hospital.

Students began planning the tribute after learning of his death, reportedly buying out all Superman merchandise from the nearest Wal-Marts, Lyric said.

“He was like the hero of our school. He was always just so nice and he brightened everyone’s day,” student Emily Campbell told Tennessee station WATE.

It was just one way the school community honored Jonathan at Friday’s game. Before kickoff, a video tribute played on the Jumbotron and a banner displaying his name and jersey number, No. 76, was carried onto the field. Before an estimated crowd of some 6,000 people, the Trojans beat Greeneville Devils 28-3.

“It was a very special night,” head coach Lamar Brown said. “It’s been an emotional time for our team and the school community. He’s in a better place now; he’s not suffering anymore and we’re grateful for that.”

With his faith and the support of his community, Jonathan wore a brave face throughout his battle with cancer. After a period of remission, the cancer returned in 2013, attaching to his spinal cord and confining the defensive linebacker to a wheelchair.

Even after his condition left him unable to attend school full-time, he attended games and practices whenever possible to cheer on his former teammates, periodically texting his coach to let him know he was OK.

“Jonathan was a special young man. He always had smile on his face and it was real hard to find out how Jonathan was doing because he was always worrying about how we were doing,” he said.

It runs in the family, apparently. Two days after Jonathan’s death, his mother texted Brown to let him know she was praying for the football team.

“That sums up the family in one statement,” Brown said. “They know life is greater than them, they know they’re here for a greater purpose.”

Born on August 7, 1998, in Orlando, Florida, Jonathan lived with his family in Birmingham, Alabama, before settling in Morristown. In addition to football, Jonathan loved to sing, performing with the high school choir and the youth choir at the Bethel Baptist Church, where he was an active member, his family said in a funeral home notice.

He also was an avid supporter of the American Cancer Society’s Relay for Life, representing the organization as a Youth Survivor in 2012 and working at an annual WCRK radio station fundraiser for the organization.