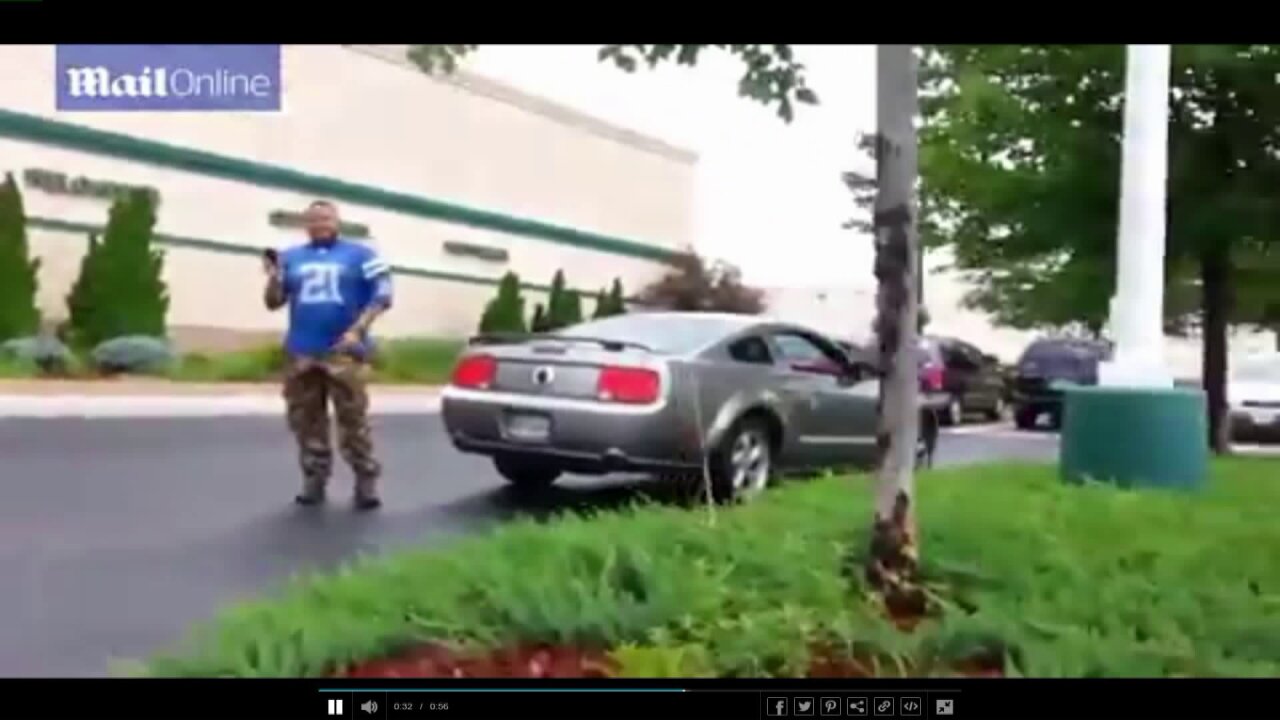 In the video, Flanagan can be seen arguing with a man who was yelling at him for driving too fast.

The man’s name who recorded this cell phone video is Brandon Foster.

He told CNN he called Flanagan out at a red light for speeding. He said Flanagan then followed him to his destination, to confront him.

Flanagan can be seen standing next to a silver mustang, thought to be the same one he left at the airport yesterday.