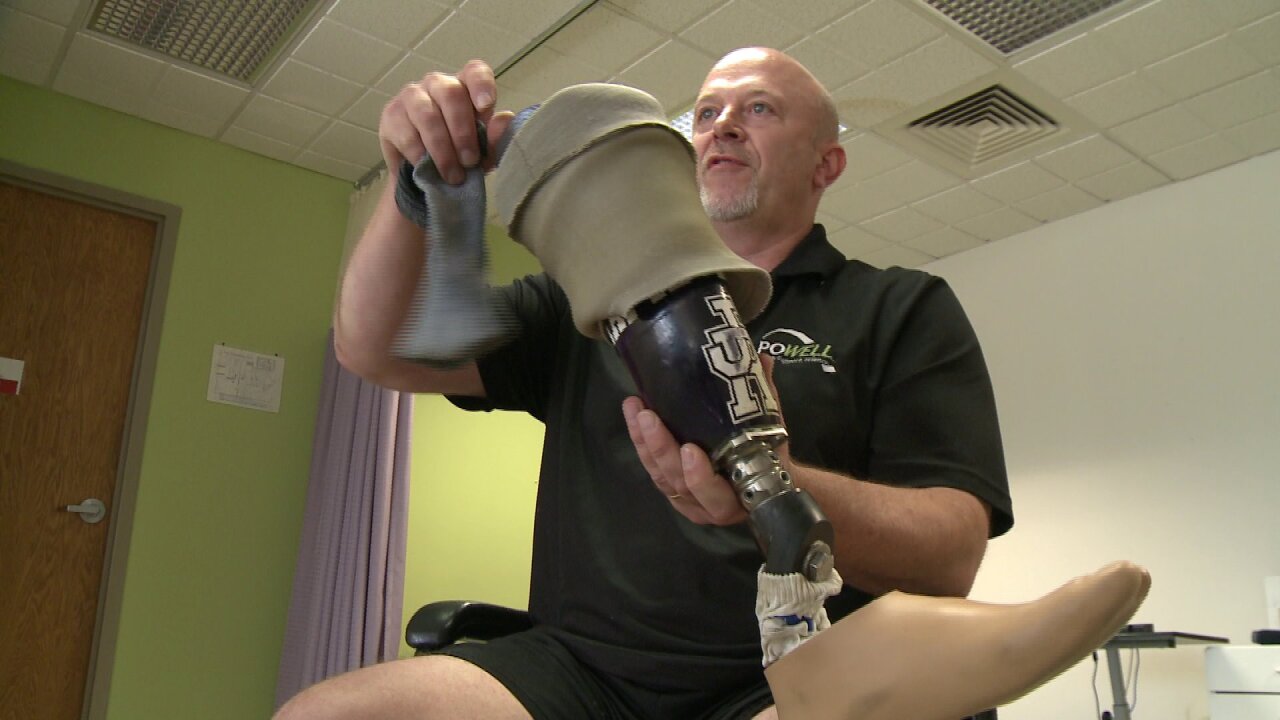 RICHMOND, VA -- A group of at least 16 area amputees will be traveling to the Washington DC area Wednesday to protest a Medicare proposal that, in their estimate, would drastically change amputee care.

"If the change occurs we are going to be back in the 70's," Joe Sullivan, a local amputee said.

Sullivan lost his leg to cancer when he was six months old.

Sullivan said the changes will create an evaluation process for amputees where they will be ranked on how active they are.

Sullivan lost his leg to cancer when he was six months old.

He said the concern is that someone who doesn't walk correctly will only be allowed to use a lower grade prosthetic, preventing them of having the opportunity to one day improve their condition.

"Let them live in my shoes," Sullivan said.

"I really think it's about money," Mikchael Monteiro, owner of Powell's Prosthetic said.

Joe Sullivan said the concern is that someone who doesn't walk correctly will only be allowed to use a lower grade prosthetic.

Monteiro said that while this proposed change would only impact Medicare customers first, the entire insurance agency would likely follow suit.

Medicare first introduced this proposal back on July 16th and brushed back criticism that amputees are bringing.

"CMS believes that Medicare beneficiaries will continue to have access to lower-limb prosthetics that are appropriate, and the intent of this proposed local coverage determination (LCD) is not meant to restrict any medically necessary prosthesis. As a proposed LCD, we welcome comments from the public and stakeholders on how to improve the proposal so that Medicare beneficiaries are able to get the lower-limb prosthetics they need."

If you are interested in going to the DC area Wednesday a bus will be leaving from Powell's Prosthetic at 10 a.m.

Is is estimated there are 2 million amputees in the United States with nearly 200,000 people losing a limb each year.