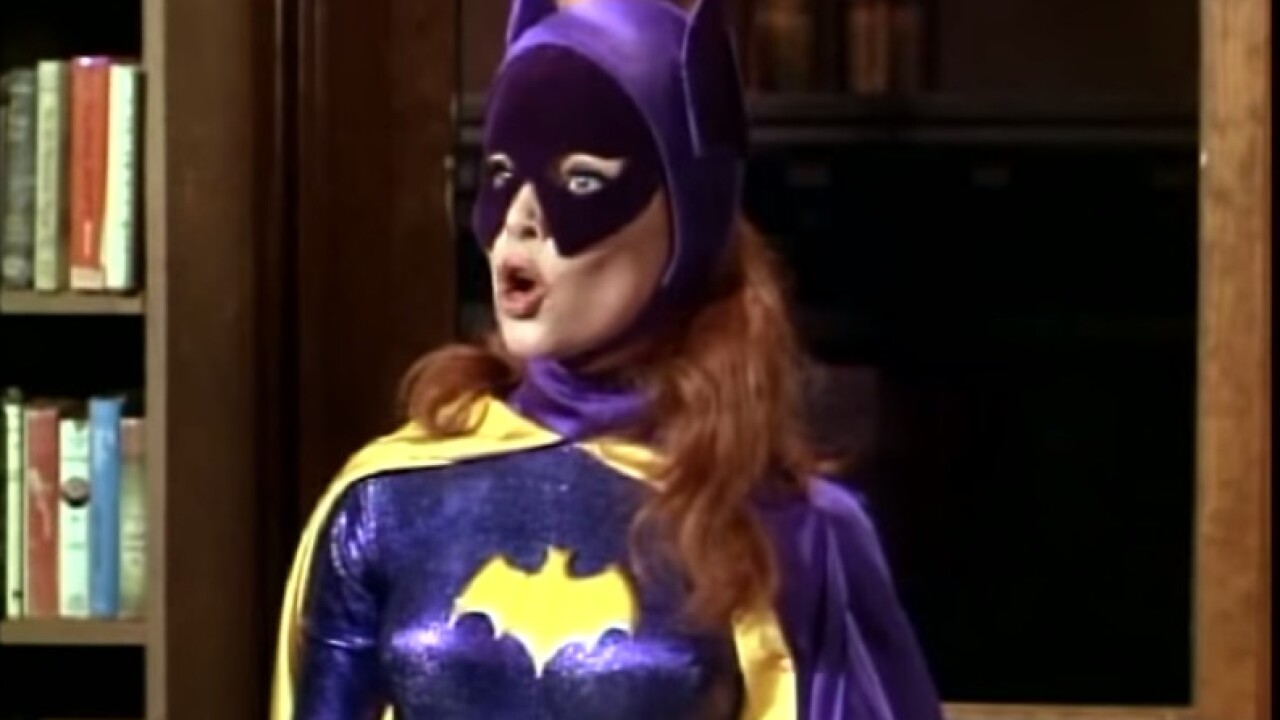 As an actress, she originated the role of Batgirl in the 1960s “Batman” television series. As a trained dancer, she did her own stunts.

Craig died this week after a long two-year battle with breast cancer. She was 78.

The cancer metastasized to her liver, and she died Monday in her home in Pacific Palisades.

“She had been in chemo almost continuously for the past two plus years since being diagnosed and that had weakened her immune system as well as her body,” her family said in a statement late Tuesday night.

“This didn’t dampen her sense of humor or her spirit, she intended to fight and win this battle. In the end, her mind still wanted to fight but her body had given up.”

Craig originated the role of Batgirl in the show’s third and final season in 1967, kapowing and zzonking the bad guys alongside Adam West and Burt Ward’s dynamic duo of Batman and Robin.

“I hear from women that I was their role model,” she told CNN in an interview earlier this year. “‘When I was a little girl, I realized that girls could kick butt just like guys,’ [they’d say].”

She also had a memorable role as the green-skinned Orion slave girl Marta who wanted to kill Captain Kirk in a third-season episode of “Star Trek.”

But even beyond those two well-remembered roles, Craig had a long and illustrious career that began as the youngest member of a ballet company.

In an interview with CNN earlier this year, Craig explained how she got into acting while she was still touring as a dancer.

“I was invited to dinner by a man who was a producer, who wanted to put me in movies and I said I wasn’t interested,” she said.

“[Director] John Ford’s son walked by and asked ‘Excuse me, are you an actress?’ And as I shook my head and tried to swallow, [the producer said], ‘She is and I’m her manager. What can I do for you?’ Typical Hollywood.

“They were doing a movie with John Wayne’s son Patrick, and they were looking for a leading lady. And I became it.”

She went on to appear in several films, including two with Elvis Presley — “It Happened at the World’s Fair” and “Kissin’ Cousins.”

She then parlayed her success into television roles, guest starring in several series, most notably several episodes of “The Many Loves of Dobie Gillis” and “77 Sunset Strip.”

Then came her role as Batgirl.

A hero is born

DC Comics was asked to create a new Batgirl to help get the show a third season, and Commissioner Gordon’s daughter, Barbara, took on the identity of the newest masked avenger in Gotham City, both on TV and in the comic books.

“It was a wonderful experience,” Craig said.

Craig described the characters of Barbara Gordon and Batgirl as “very close to who I am.”

She clearly had an impact.

“Most of the joy in my current life can be traced back in some way to seeing Yvonne Craig be amazing as Batgirl, my first real life hero,” said Gil Simone, a former writer of the Batgirl comics.

Among Craig’s biggest fans is the man running her website now, Scott Sebring.

Her post-“Batman” TV stint lasted several years and spanned many of the hit shows of the time, including “The Six Million Dollar Man” and the “Mod Squad.”

In later years, Craig worked as a real estate broker, did voice over work for the Nickelodeon cartoon “Olivia,” and, with her sister, went into the prepaid phone card business.

She wrote a memoir, “From Ballet to the Batcave and Beyond,” and was publicly vocal about her support for free mammograms for women who couldn’t afford them.

“She was one special lady and my best friend, so will be missed terribly,” the sister, Meridel Carson, told CNN early Wednesday morning.

As news broke of her death, fans shared what Craig meant to them.

Craig leaves behind her husband, Kenneth Aldrich; her sister and two nephews.

The family will hold a private service but hasn’t set a date. They asked that, instead of flowers, donations be made to the cancer research and treatment center, the Angeles Clinic Foundation.