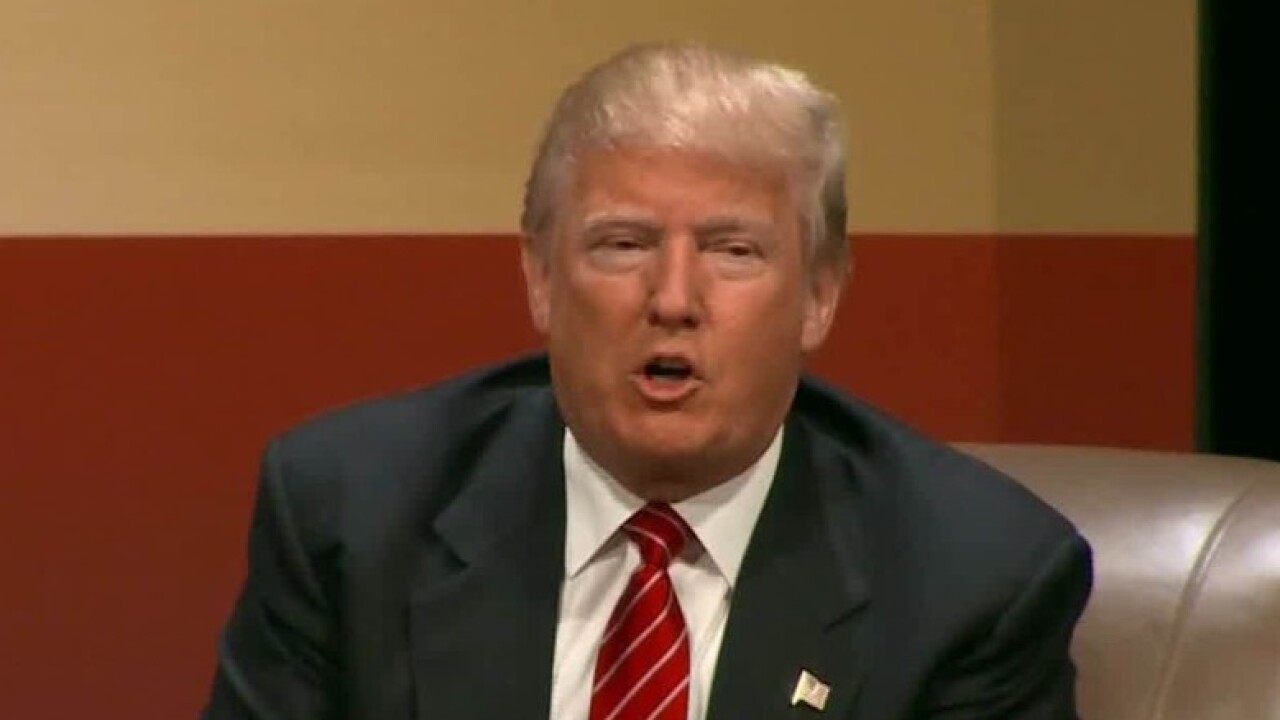 LONDONDERRY, New Hampshire — Donald Trump is once again dividing the Republican field, this time with his call to cease giving automatic citizenship to those born in the United States to undocumented immigrants.

Trump, who called for for ending the provision codified in the 14th Amendment, said in a position paper this weekend that birthright citizenship “remains the biggest magnet for illegal immigration.”

Slowly, his fellow Republican candidates are aligning themselves with Trump’s position.

Texas Sen. Ted Cruz said on the Michael Medved Show Wednesday that he “absolutely” supported ending the practice, though he in the past has encouraged conservatives to focus their energies elsewhere. Changing birthright citizenship would require a constitutional amendment, which Cruz acknowledged as “difficult.”

Former Pennsylvania Sen. Rick Santorum, also speaking on the Michael Medved Show Wednesday, said, “Just because someone was born here doesn’t — even under the 14th amendment doesn’t necessarily mean that they have rights to citizenship.”

Wisconsin Gov. Scott Walker said at the Iowa State Fair Monday that he similarly supported the change, and New Jersey Gov. Chris Christie has said the policy should be “re-examined.”

Lindsay Graham, one of Trump’s harshest critics in the presidential race, said Trump’s platform might be “gibberish” but that the pair could actually agree on the specific issue. Floridians Jeb Bush and Marco Rubio opposed a repeal of the 14th Amendment right.

The candidate most in the crosshairs after Trump’s comment may however be Ohio Gov. John Kasich, who labeled the debate among Republicans over birthright citizenship a “stumbling block” Wednesday and asserted firmly that anyone born in the United States should automatically be a citizen.

“This has been a long tradition in America. Let’s keep it as it is, and let’s move beyond it,” he told reporters after appearing at the Education Summit in Londonderry, New Hampshire.

While Kasich once supported the idea as a congressman, he now says it’s a law that’s guaranteed by the Constitution.

“I think it’s not an issue that I believe in. At one time I was on a bill. It didn’t mean … I was a congressman, you put your name on a hundred bills just to make somebody happy,” he said, adding that the issue has become a “stumbling block” or “another wrench” in efforts to achieve immigration reform.

Kasich told CNN’s Dana Bash in a recent interview that he changed his mind over time because the birthright issue was too divisive.

“I think we need to get over that. I’m not for it anymore. Let these people who are born here be citizens and that’s the end of it. I don’t want to dwell on it,” he said.