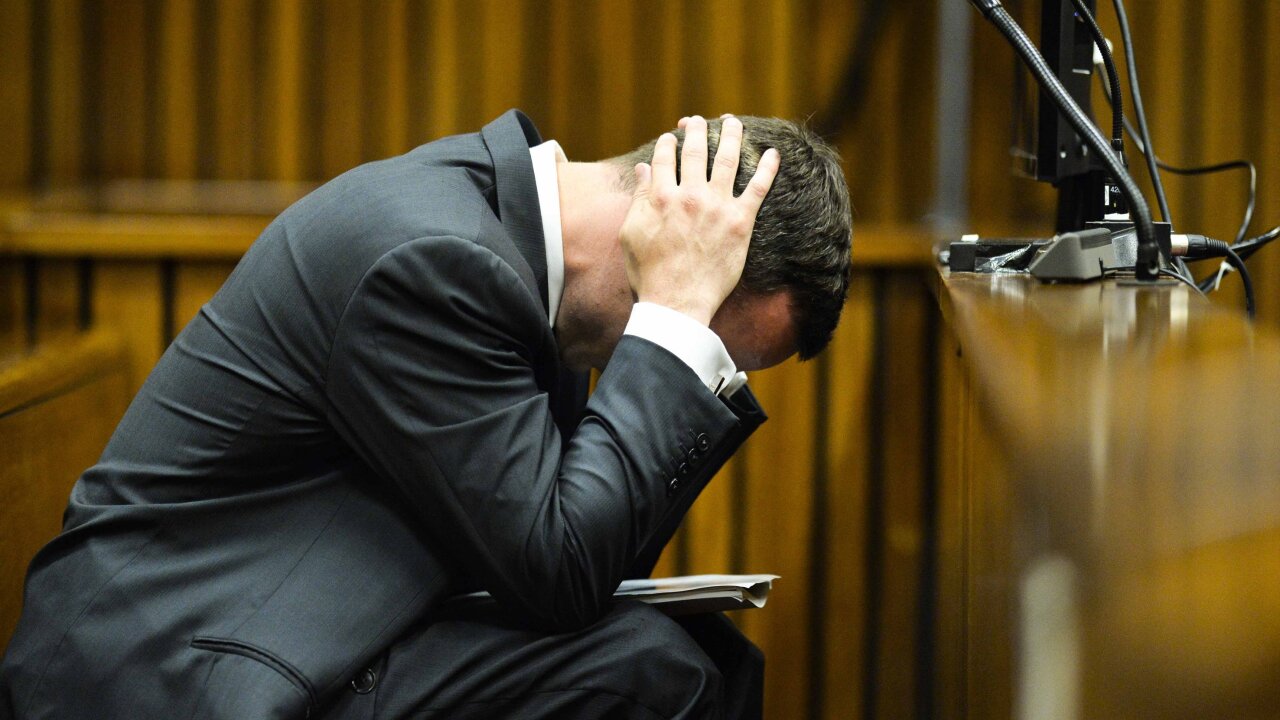 Oscar Pistorius appears in the dock on the fifth day of his trial at the high court in Pretoria, South Africa, Friday, 7 March 2014. The double amputee and Paralympian is accused of the murder of Reeva Steenkamp on February 14, 2013. He faces two charges; murder and contravention of the Firearms Control Act Picture:Theana Breugem/Media24/Pool

South Africa’s justice minister on Wednesday ordered a review of Oscar Pistorius’ pending parole, meaning the former Olympian probably won’t be granted a transfer from prison to house arrest this week as had been expected.

Pistorius, who was sentenced in October to five years in prison for culpable homicide in the 2013 killing of his girlfriend Reeva Steenkamp, had been expected to be transferred to house arrest Friday at the recommendation of a parole board.

But Justice Minister Michael Masutha, urged by a women’s group to halt the transfer, ordered a review of that decision on the grounds that the parole decision may have been made too early.

Under South Africa’s Correctional Services Act, Pistorius must serve at least one-sixth of his sentence — in this case, 10 months — “before being considered for placement” to house arrest.

Friday is 10 months to the day after Pistorius was sentenced, and the prison parole board, when it announced its decision in June, believed Pistorius would therefore be eligible to transfer at that moment.

But Masutha on Wednesday said that according to his reading of the law, the board shouldn’t have even considered the transfer until the 10-month mark.

“It is apparent therefore that the decision to release him on 21 August 2015 was made prematurely on 5 June 2015 when the offender was not eligible to be considered at all,” Masutha’s office said in a news release.

Masutha said he is asking a parole review board to examine the first panel’s decision.

It wasn’t immediately clear when that review would be completed.

Because of the review, it is unlikely that Pistorius will be released to house arrest on Friday, Justice Ministry spokesman Mthunzi Mhaga said.

Masutha’s office said he examined the parole case after the Progressive Women’s Movement of South Africa sent him a petition. The group argued that it would be insensitive for authorities to transfer Pistorius in August, which is Women’s Month in South Africa, the office said.

In his 2014 trial, a judge found Pistorius to be not guilty of murder, but guilty of culpable homicide in Steenkamp’s death in his home on Valentine’s Day 2013. In South Africa, culpable homicide means a person is judged to have killed someone unintentionally but unlawfully.

Pistorius acknowledged firing shots through the bathroom door in his home, but said he thought there was an intruder in the bathroom rather than his girlfriend.

Prosecutors are appealing the verdict, believing Pistorius should be convicted of murder. The state’s appeal is set to take place in November.

Pistorius, whose legs were amputated before his first birthday, was famed for his track career. Running on prosthetic blades, he won gold medals at the 2004 and 2008 Paralympics before competing in the 2012 Summer Olympics in London, where he ran in the 400-meter race and the 4×400-meter relay.