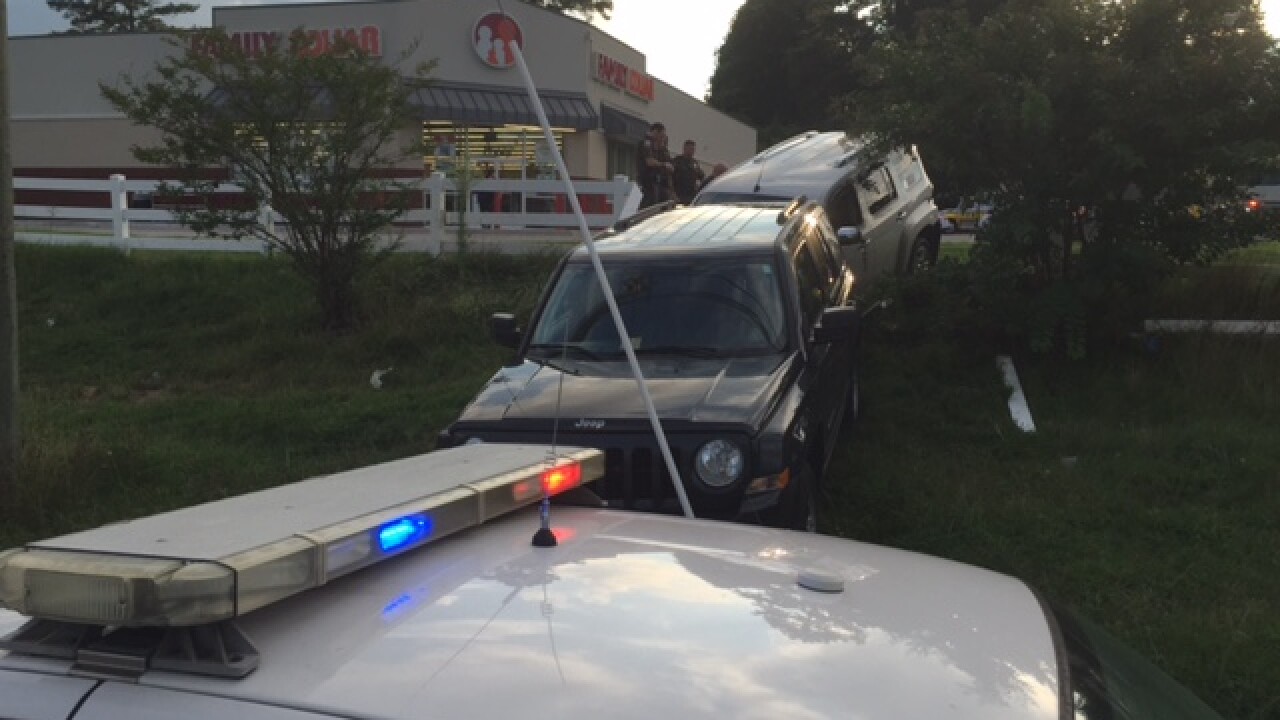 Police said a elderly man driving a Chevrolet HHR had a medical emergency causing him to crash into three vehicles and hit a woman walking in the parking lot.

Witnesses said the Chevrolet hit a Nissan Altima then a Honda CRV causing the CRV to hit the pedestrian next to the Family Dollar.

Trinia Shaw said she witnessed the whole thing and she’s still in shock.

"He hit this car and that car hit her. And it threw her up against the wall of the building." 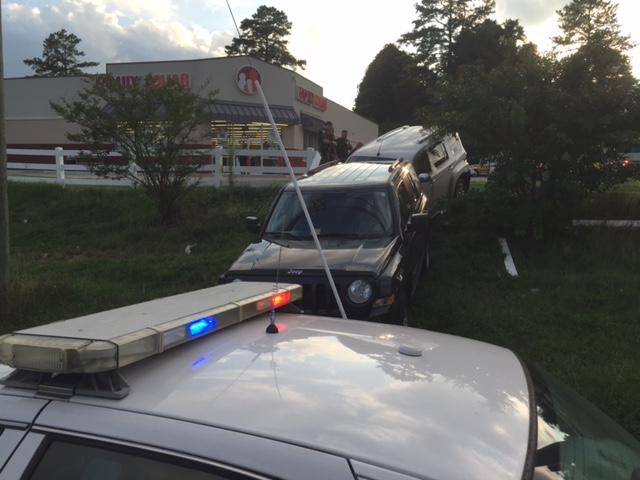 The Chevrolet then hit a parked Jeep Patriot, causing it to crash through a gate and roll downhill and strike a guide wire to a dominion poll, stopping the vehicles before entering traffic on Jefferson Davis Highway.

"It just happened so fast, I’m like I was thinking, I was hoping nobody was in that SUV," said Shaw. "He was just looking crazy like something was wrong so I knew it had to be something medically."

The elderly man driving the Chevrolet and the pedestrian walking were taken to the hospital with non life-threatening injuries.

Shaw said even though the incident was scary she knows it could've been a whole lot worse.

"Everybody was beeping their horns trying to stop him but he just kept on going. It's crazy! I just thank God everybody's okay!"