Grieving for her grandmother, Henrico girl gets stolen bike back after suspect caught riding it 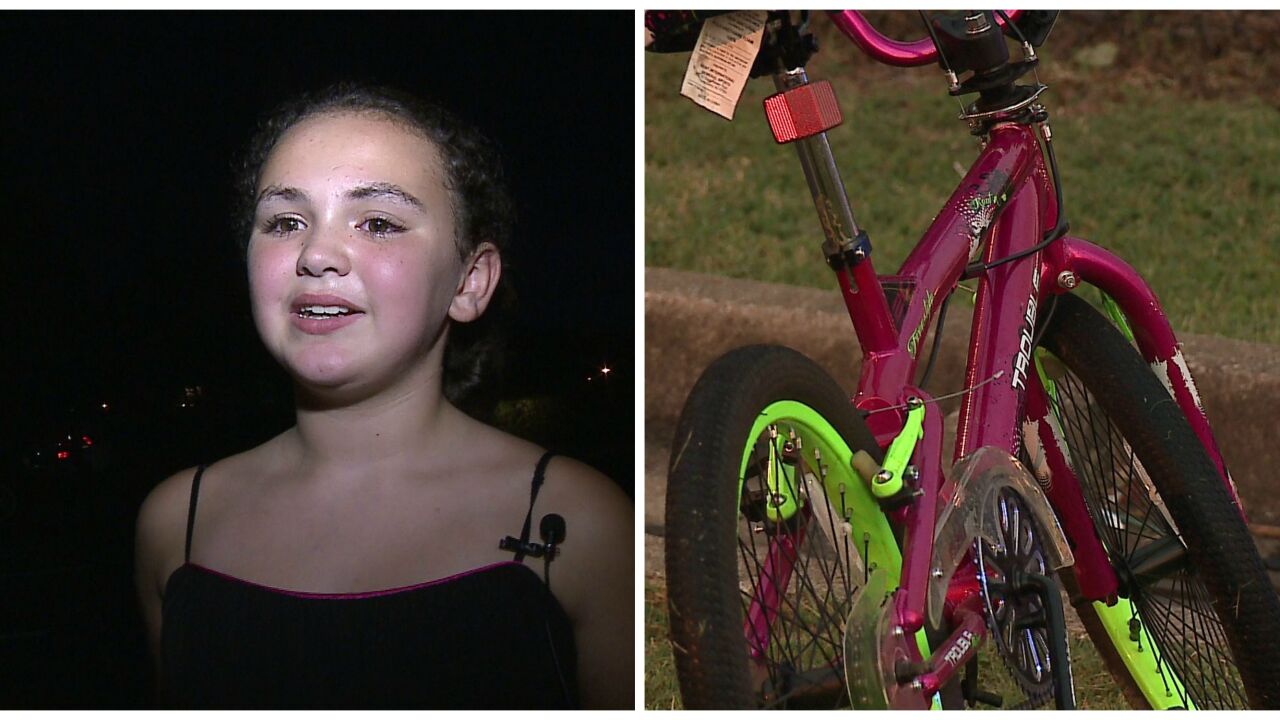 RICHMOND, Va. -- Who would've ever thought that a stolen tip jar from a Subway on Broad Street could make a little girl so happy?

You could say it started with a Subway sandwich maker and two Henrico Police officers who served up a story Wednesday night with all the right fixings.

"Well, my nanny passed away Saturday,” said rising fifth grader Savannah Turner, who has had a rough year.  Her bike was stolen last year, and now her beloved grandmother is gone.

But she believes her sweet Nanny, is somehow pedaling to her aid from the other side. "I do think that, because today we got phone calls that they found my bike. So, I'm happy about that," she said.

Savannah Turner was reunited with her bike after it was stolen last year.

At the sandwich shop, Marine veteran  Martin Akoi, saw the rewards of his work going out the door. "He came and took tip jar," Martin, said, referring to a man suddenly fleeing the shop. "I just make sandwiches, but I bolted after him."

If it wasn’t for Martin’s determination, little Savannah may have never seen that bike again

Police said 21-year-old Anthony Thompson, Jr.  was the one who swiped the jar Tuesday night and then tried to take off on Savannah’s bike.

Police said 21-year-old Anthony Thompson, Jr. was the one who swiped the jar Tuesday night and then tried to take off on Savannah’s bike.

"The bike looked to be a child's bike,” said Lt. Richard Cosby after Martin stopped Thompson from getting away. “He was an older man and we determined it was stolen a year ago."

Police said he didn't make it far, thanks to Martin. "I put him in a choke hold and slammed him in the dirt," said Martin.

"The money the individual had taken was spread all over Broad Street," said Cosby.  A passerby helped pick up the loose change while the two officers got the wheels in motion to figure out who the bike belonged to.

"When we determined the bike belonged to the young lady and we were able to return it, all of our hearts were lifted,” Cosby said.  “That’s something that doesn't happen that often."

Savannah knows the bike won't bring her Nanny back, but said it’s a sign angels walk and work among us.

"Thank you so much.  I really appreciate it," she told the officers.

Thompson has been charged with larceny.