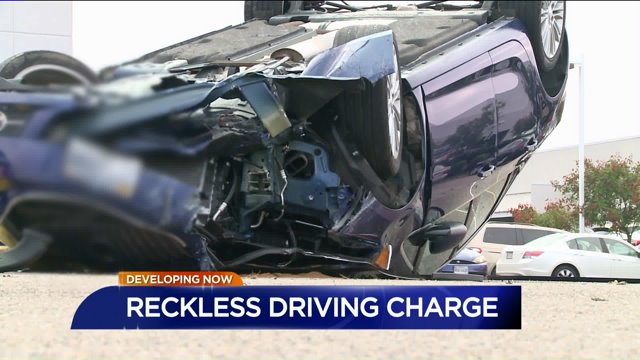 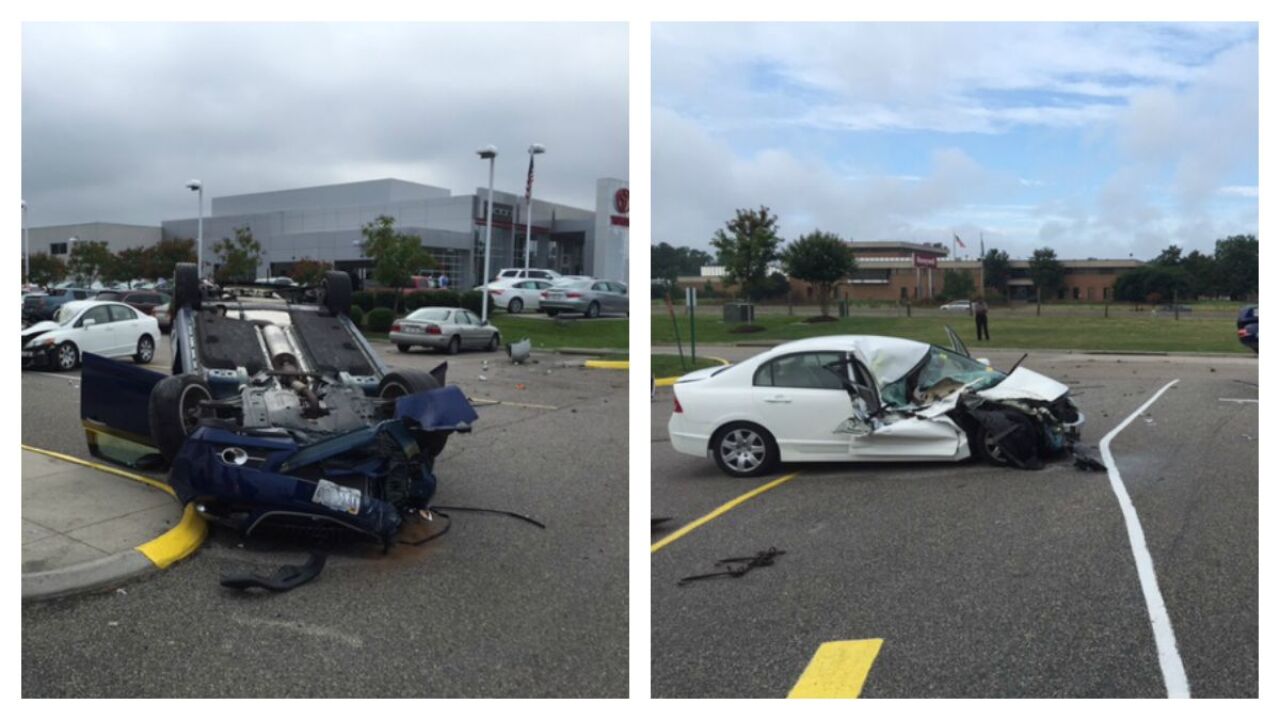 CHESTERFIELD COUNTY, Va. -- Wednesday, just after 9 a.m., an accident sent one driver to the hospital and left two cars junked.

Onlookers were startled and frightened when a blue Buick hit a curb and flew through the air into the Honda dealership parking lot, in the  2100 block of Walthall Center Drive, Colonial Heights.

One person transported in the accident.

"I just heard an impact and turned immediately to my left and I saw a car in the air coming down on top of another car, which was a white Honda," Oscar Franklin.

The airborne sedan crashed into a white car before settling upside down just a few feet away.

The white car was crushed in the impact, but no one was inside.

The white car seen in the picture was parked, with no inside, having been traded in the night before.

"Immediately shut the mower off, run straight to the car, there was a guy there from Honda, he was opening the doors to allow all the smoke out, and there was just basically debris all over the parking lot," Franklin said.

Jacob Kirby was at work with a landscaping crew and had just moved away from where the blue car first made impact at the curb. He was pushing a lawn mower and heard the sound of the vehicle. He turned to see the car airborne, about 15 feet away.

A close-up of the car involved.

The driver of the blue Buick, Chelsea Fleming of Emporia, was taken to Southside Regional Medical Center for non-life threatening injuries.

She was charged with reckless driving in a parking lot.

Family member's of Chelsea Fleming contacted CBS 6 and said the accident was the result of a medical condition. The family said they want to thank everybody who came to Fleming's aid after the accident.

CBS 6 has contacted Chesterfield Police about the medical condition and is waiting on a response.