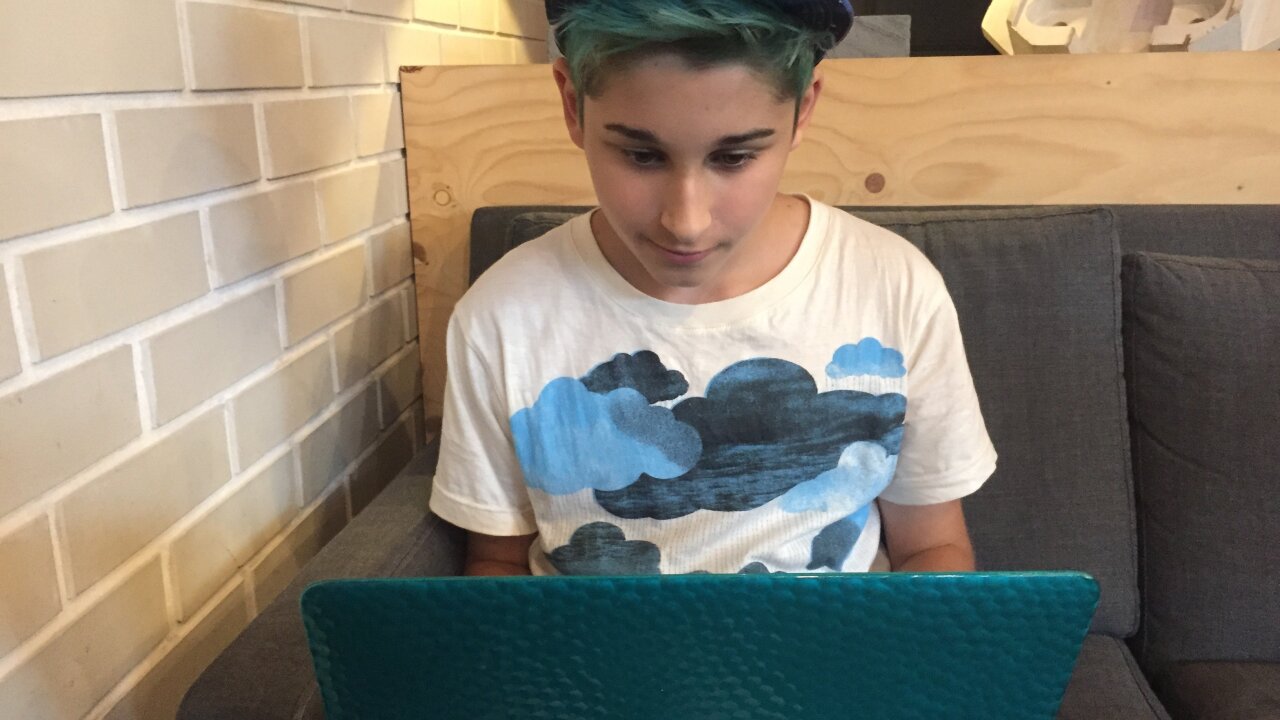 The author’s son, Matthew, started using Instagram as a source of connection after developing a mood disorder; he said it helped him realize other kids were experiencing similar problems.

Recent news stories about cyberbullying, with kids running away, hurting others and even taking their own lives, points to a growing trend with often tragic results.

According to a recent study in the journal JAMA Pediatrics, 23% of teens report they are or have been the target of cyberbullying. Another 15% admitted to bullying someone else online. The researchers’ review of 10 studies that explored the link between social media victimization and depression all showed — without exception– a significant correlation.

Yes, cyberbullying undeniably can inflict serious wounds. But from my own family’s personal experience, along with esearch, allowing a teen access to social media can also be a crucial part of recovery from depression and anxiety.

According to the National Institute of Mental Health, in 2012, an estimated 2.2 million adolescents, or 9.1% of the U.S. teen population (ages 12 to 17), had at least one major depressive episode in the past year.

A national survey of over 10,000 adolescents showed that almost 1 in 3 teens met criteria for an anxiety disorder. Severe anxiety, including panic disorders, generalized anxiety disorder, post-traumatic stress disorder and phobias, afflicts 8.3% of all the teens.

Some 5% to 8% of U.S. teens attempt suicide yearly, with an additional 16% seriously considering suicide within the past 12 months. Approximately 157,000 kids age 10-24 are treated in emergency departments every year for self-inflicted wounds. Suicide is the third leading cause of death of 15- to 24- year-olds, according to a 2012 Centers for Disease Control and Prevention report. Victims of cyberbullying are almost twice as likely to have attempted suicides compared with adolescents who were not the target of online attacks.

The author’s son, Matthew, started using Instagram as a source of connection after developing a mood disorder; he said it helped him realize other kids were experiencing similar problems.

Two summers ago while on a hike, my 12-year-old son Matthew told my husband that he’d been having some persistent anxious and depressing thoughts. As a physician who treats adults, the issue of teen mood disorders wasn’t on my radar; Matthew always seemed so happy and upbeat — he didn’t have any obvious red flag signs of a mood disorder.

I had struggled with depression and an eating disorder when I was in high school, so the fact that he might have inherited some of my tendencies wasn’t a complete shock. After the initial distress that my own son was suffering emotionally, I was filled with gratitude that he’d had the strength to share his concerns with us and reach out for help.

Last year was an emotional roller coaster for the whole family as Matthew’s anxious and depressive feelings became more evident. One of the biggest questions we faced as parents was whether access to social media would harm or help him with these issues.

More than 92% of teens report going online daily, with 24% of those “almost constantly,” according to the Pew Research Center.

While Facebook remains the most common social network site used by American teens, other platforms are growing rapidly in popularity. Instagram and Snapchat rank second and third, and Tumblr, Kik Messenger and Vine are growing in use, especially among youth from middle- to upper-class homes.

In addition to meeting with an experienced social worker, Matthew started using Instagram as a source of connection; he said it helped him realize other kids were experiencing similar problems. But a check on what he was viewing revealed some graphic and disturbing images.

We conferred with Matthew’s social worker about Matt’s use of social media, and we all ultimately agreed that cutting him off completely would not be productive. Instead, we worked with Matthew to find sites that were an actual support, offering messages of “staying strong.”

Matthew then shifted his own Instagram account to be a positive support to others, and he quickly developed more than 6,000 followers, reinforcing that his message of hope and support was needed and appreciated.

He also found YouTubers who shared their struggles now and in the past, helping him discover that he did have the opportunity to change his emotional path. Matthew was inspired to start his own channel. As parents wanting to protect our son, it took some convincing and long discussions before we agreed to his posting videos, as long as we could view them first.

In his first video he says, “I want to be the kind of person that you can say, he helped me through a hard time, and made me smile when I was in a hard place.”

Over the next year, Matthew made tremendous progress understanding and dealing with his feelings. As part of his bar mitzvah the next fall, he was able to stand up in front of the congregation talk about his struggles by reading a reflection he wrote entitled “We will be the hopeful.”

“In the past year I’ve learned a lot about mistakes and how we make them,” he shared. “I’ve made many mistakes; more than I can count. I’m proud to say that I’ve struggled, I’m proud to have made mistakes. I want you to understand that striving for forgiveness, and no matter how deep you may be in your own, you’ll keep floating. I don’t want you to judge me for the past, as I won’t judge you. If I can reach out to at least one of you, I’ll be happy.”

It has been clear that allowing Matthew to have his own voice — through short films, pictures and messages of hope and humor — has strengthened his resolve to stay on a positive path.

In the past several years, we have seen many devastating stories of teenage suicides and their link with interactions on social media. But I think it would be a serious mistake to classify all social media as negative.

Research supports that social media can help friendships: 52% of teens report a positive impact, as opposed to only 4% saying it was a negative. Posting on Facebook and viewing one’s profile may help improve self-esteem.

Most clearly what I’ve heard from my son\ is about the huge amount of support peers give each other when they are depressed or are the targets of bullying.

On Tumblr, a search for depression pops up a page asking: “Everything okay? If you or someone you know are experiencing any type of crisis, please know there are people who care about you and are here to help.”

The publicized instance of a Reddit group on Minecraft helping prevent a kid from committing suicide is just one instance of what is happening in real-time, every day.

To be sure, cyberbullying, like any bullying, is reprehensible and all possible steps should be made to keep social media safe. And overuse of social media can become a negative, associated with increased depression and low body image issues.

Social media is embedded in the social and emotional fabric of our teens’ lives. As parents we need to stay involved, walking the challenging line between teen privacy and autonomy, while ensuring safe, productive and even healing social media experiences.

Editor’s note: Melinda Ring, MD, FACP, is the medical director of the Osher Center for Integrative Medicine and the Drs. Pat and Carl Greer Distinguished Physician in Integrative Medicine at Northwestern University Feinberg School of Medicine. She is a fellow in the NU Public Voices Fellowship through The OpEd Project. She’s the mother of two teenage boys.