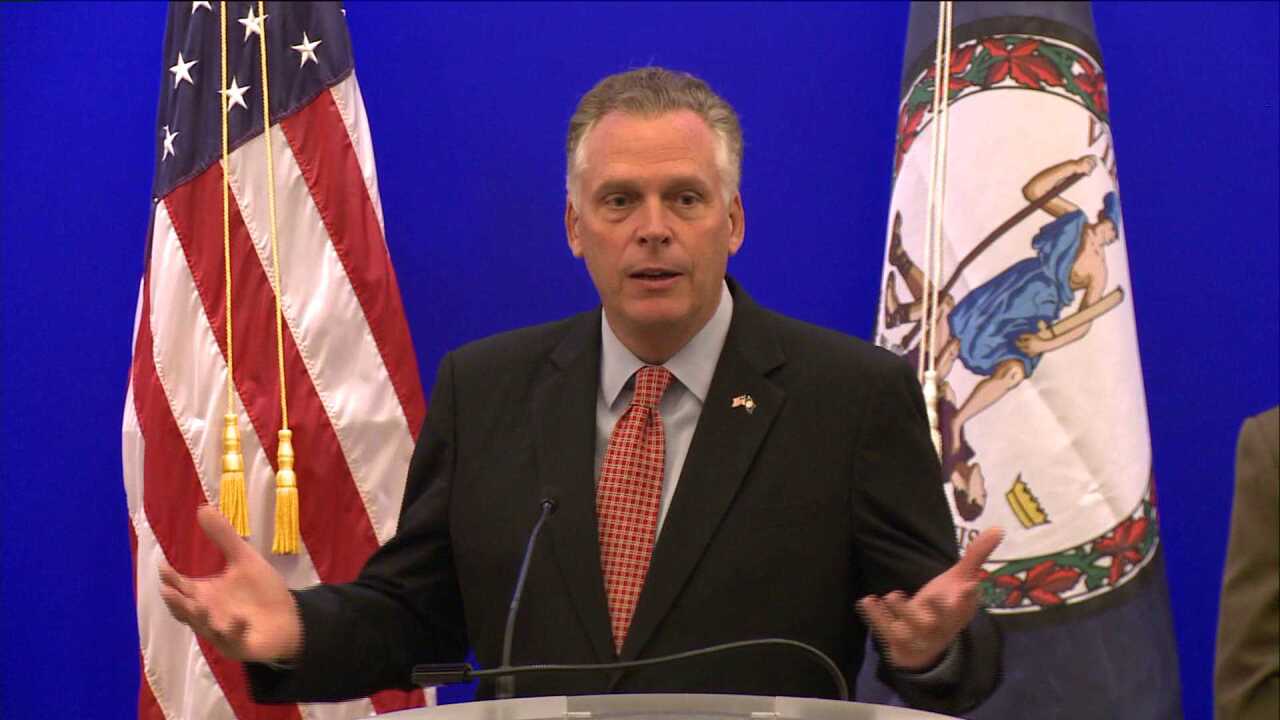 RICHMOND, Va. — Virginia Governor Terry McAuliffe’s office called what state Republicans did a tragedy. Days after the governor introduced his choice for the open Virginia Supreme Court seat, Republicans said no thank you and named their own choice for the prestigious spot.

“My team and I were committed to identifying a candidate of the highest caliber, one who is highly respected within the judicial and legal communities as well as the legislature and across the Commonwealth,” the governor said. “No one embodies those important qualities better than Judge Jane Roush. Over 22 years on the bench Judge Roush has developed a statewide reputation for fairness, thoughtfulness and a proven ability to handle complex and high-profile cases.”

But on Sunday night, Republican leaders offered up their own candidate and made it sound like their choice would be the one who got the seat. Virginia House of Delegates Speaker William J. Howell (R-Stafford) and Senate Majority Leader Thomas K. Norment Jr. (R-James City) announced they would support Virginia Court of Appeals Judge Rossie D. Alston, Jr.

“Judge Alston has the experience to be an outstanding addition to the Supreme Court of Virginia,” Speaker Howell said. “While several great candidates were considered, Judge Alston’s experience on the Court of Appeals and his service as a Chief Judge for the 31st Circuit make him ideally suited for this vacancy. Judge Alston has earned widespread support in the House, and it is our intention to elect him when the special session convenes.”

The Constitution of Virginia gives the General Assembly the power the elect justices, Senator Norment added.

“Although Governor McAuliffe has designated a different candidate, who is also highly qualified, a consensus has developed among the members of the Senate Republican Caucus that Judge Alston should fill this vacancy,” he said. “As a result, I expect Judge Alston will be elected to the Virginia Supreme Court during the special session.”

The governor’s office fired back calling the move politically motivated.

“Republicans’ decision to throw a distinguished jurist of 23 years off of the Supreme Court with no job to return to is without precedent in Virginia history,” governor’s spokesman Brian Coy said. “Justice Jane Marum Roush was first recommended to Governor McAuliffe by Dave Albo, the Republican Chair of the House Courts of Justice Committee and touted by Republican leaders like Greg Habeeb. It is no surprise that Republicans in the General Assembly would politicize this process, but it’s a tragedy that it will cost Virginia the service of a qualified female Supreme Court Justice.”

“The Republican leadership has injected the Supreme Court of Virginia, Justice Roush, and Judge Alston into the middle of an unnecessary partisan fight. Justice Roush is a respected, qualified jurist who has already taken her seat on the bench with the support of Republican legislators, and she and the Commonwealth deserve far better than this,” Herring said in a statement. “In their haste to start another unnecessary partisan fight, the Republican leadership has made it incredibly difficult to ask a judge to accept a gubernatorial recess appointment in the future and that could cause real harm to our courts. This unprecedented move takes partisanship to a new low.”

“The Republicans were very unhappy with the Governor’s decision to call a special session on redistricting and have responded with a stunning rebuke of their own,” Dr. Holsworth said. “Don’t expect the Republicans or the Democrats to be sitting around the campfire with each other this summer singing Kumbaya.”

The Virginia General Assembly is scheduled to reconvene for a special session in August.