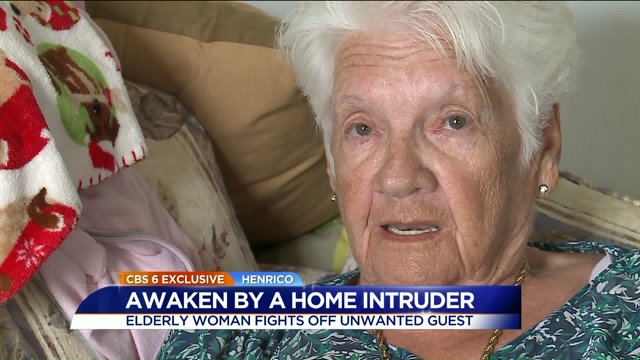 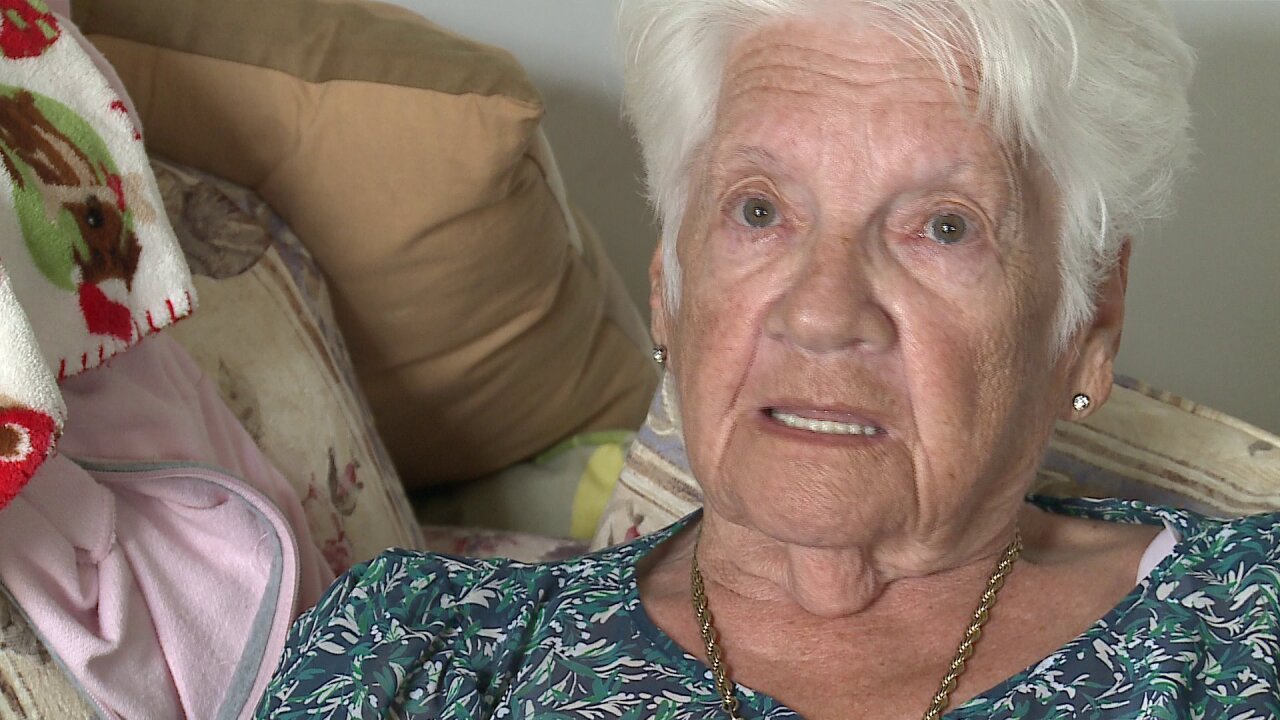 HENRICO COUNTY, Va -- An 82-year-old Henrico woman woke up Sunday thinking her dog Cooper was in bed next to her, she was wrong. Instead, Reba Shook said there was a stranger in the bed of her Crestview neighborhood home.

"I put my hand out for [her dog] to smell, then I realized it was somebody,” Shook said. “I said 'Well, I don`t know what you`re after but you aren’t gone get nothing here.'"

Shook said she then jumped up and fought for her life, clawing and cursing at the intruder.

Shook said the intruder ran out of her room and out the backdoor. She said she believed the stranger got into her home through a window she left cracked open.

While the incident left Shook shaken, she said moving away from her home of four decades is not an option.

"I`m going shopping for a gun," Shook said. "If anybody values their life they won’t climb into my window."

Police confirmed they were investigating the Sunday morning incident and added it was the second such incident the Crestview neighborhood had experienced in the last two weeks.