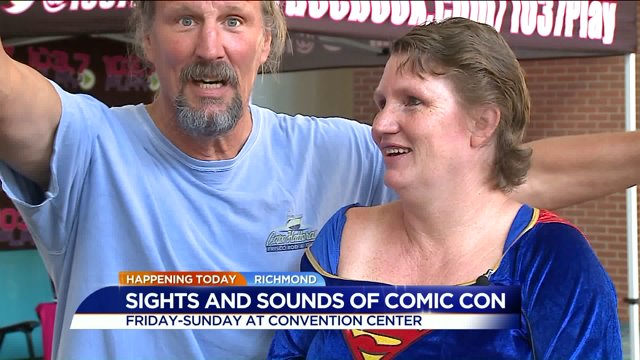 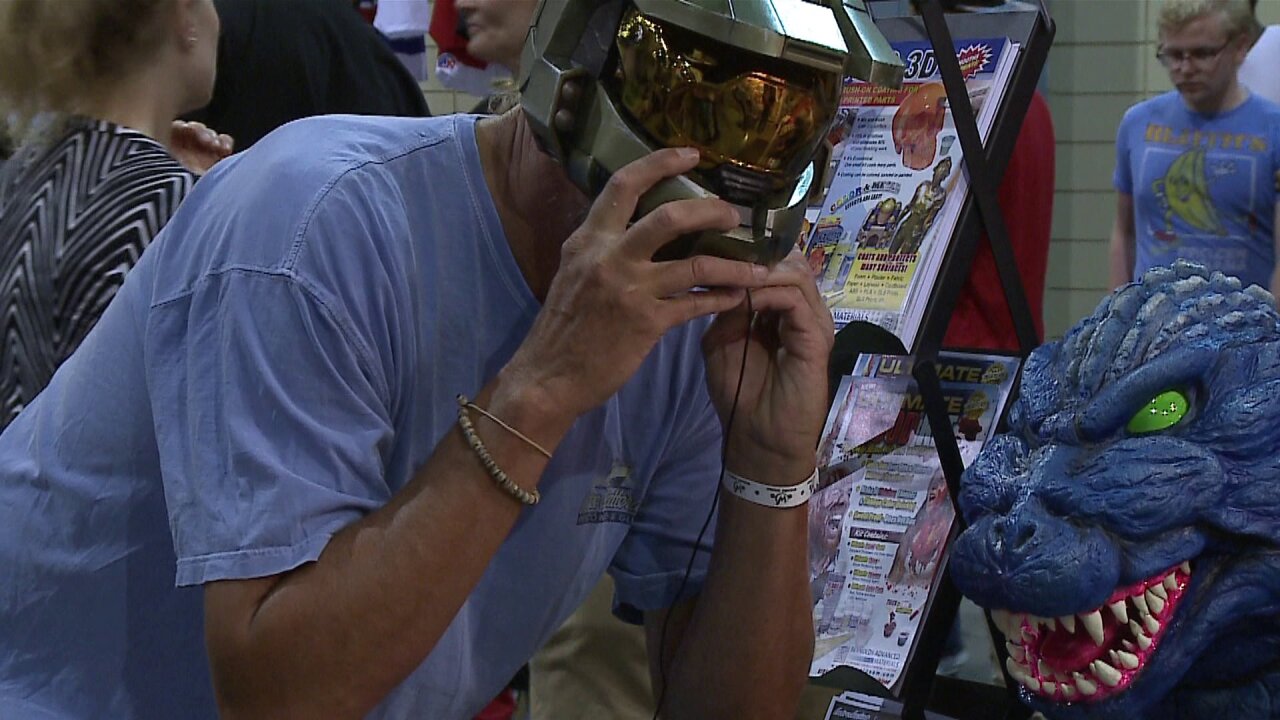 RICHMOND, Va -- It was my first time at Richmond Comic Con, which is quickly becoming an epic event in the city's calendar.

Of course, I'd heard about the cosplay (costume play) world, but seeing it first-hand was really super.

"I really like superheroes," said 46-year-old Joy Garrett of Alabama. "And now I am one."

Supergirl, that is. And it was her first time in costume. She loved it!

But many are old hands, like Joe Harvey, who makes a very convincing Batman.

He, too feels a bit like a real superhero when he dons the costume. But he said the real heroics is making children happy.

"Keep in mind they're seeing Batman right now," he said, "not me."

At the convention, which runs through Sunday at the Richmond Convention Center, you can buy any kind of play weapon, costume, utility belt or action figure. You can meet the artists and authors of some of the world's most famous comics.

But the coolest thing is seeing every day people transformed by a little makeup and a few ounces of clothing - every kind of superhero, witch, warlock, space traveler, villain and fairytale character.

A cosplayer, explained 16-year- old "Karizuki" of Chesterfield, "is someone who typically attends conventions in costume of their favorite characters that they think represent themselves and act as the characters and kind of lives the character's life."

It's transformative, she said, because of the sense of community. Even the famous cosplayers "are very, very humble," she said." I’ve been cosplaying for two years and I've gotten so much support and love from the older cosplayers. It's great."

Karizuki agreed that when you don the costume, it opens your heart.

Check out the video… I triple dare you!