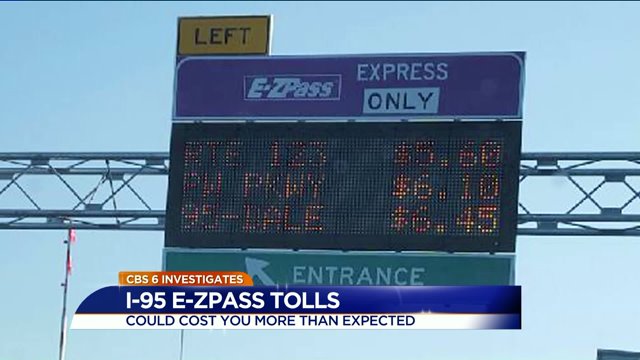 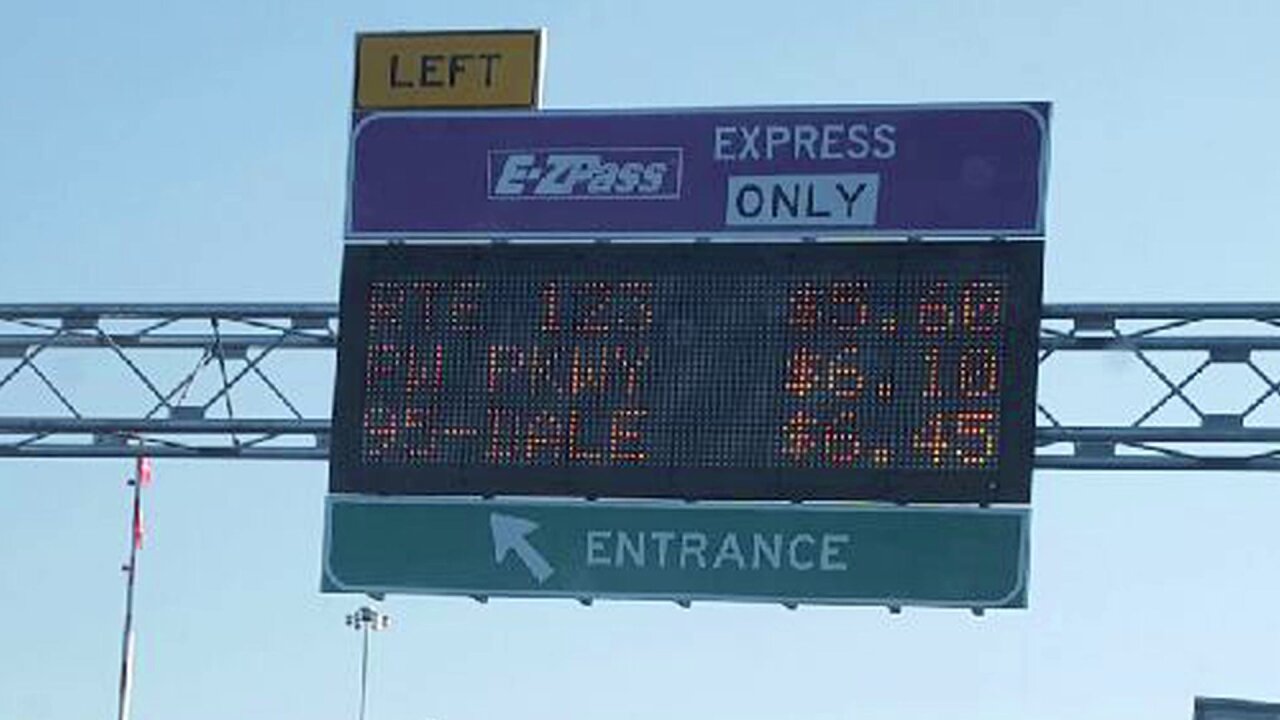 RICHMOND, Va -- The website for Virginia’s new 95 Express lanes showed tolls can range from 20 cents to approximately 80 cents per mile, but the company that runs the lanes, Transurban, confirmed they have charged up to $6.60 to travel one mile on the express lane. Daniel Seymour, who travels between Spotsylvania and Northern Virginia for work, took a picture of a toll sign at exit 161 by Woodbridge. It read a price of $5.65 to go a little over a mile to exit 160.

The picture was taken during the evening rush on July 21. Transurban spokesman Michael McGurk said that toll actually rose to $6.65 that day.

Seymour said traffic has become unbearable on I-95.

"The trip can take two and a half hours to get home," he said. "You can sit and go five miles in a half hour, it’s terrible."

But, he said he could not afford to spend nearly $6 to travel one mile to beat traffic.

McGurk said Transurban’s contract with the state requires them to keep speeds in these toll lanes at 55 miles per hour or more during peak hours.

When Seymour was traveling near Woodbridge on July 21, McGurk said a car was blocking one of the express lanes leading to increased prices.

"That’s an incredible mark up on a one mile stretch of road," Seymour said.

McGurk said their data showed the average customer spent 44 cents per mile in the second quarter of 2015. Still, he said there was no cap on what the company can charge. He offered the follow statement regarding the high toll:

The 495 and 95 Express Lanes use dynamic pricing to manage traffic on the Lanes. Toll prices react to real-time traffic conditions to keep drivers moving. During the evening rush hour on July 21, a vehicle was blocking one of the lanes on the southbound 95 Express Lanes in the Woodbridge area. As such, toll prices increased. Drivers can visit ExpressLanes.com to view real-time and historic toll prices and traffic cameras. Drivers can also sign up for text message and email price alerts on the website.