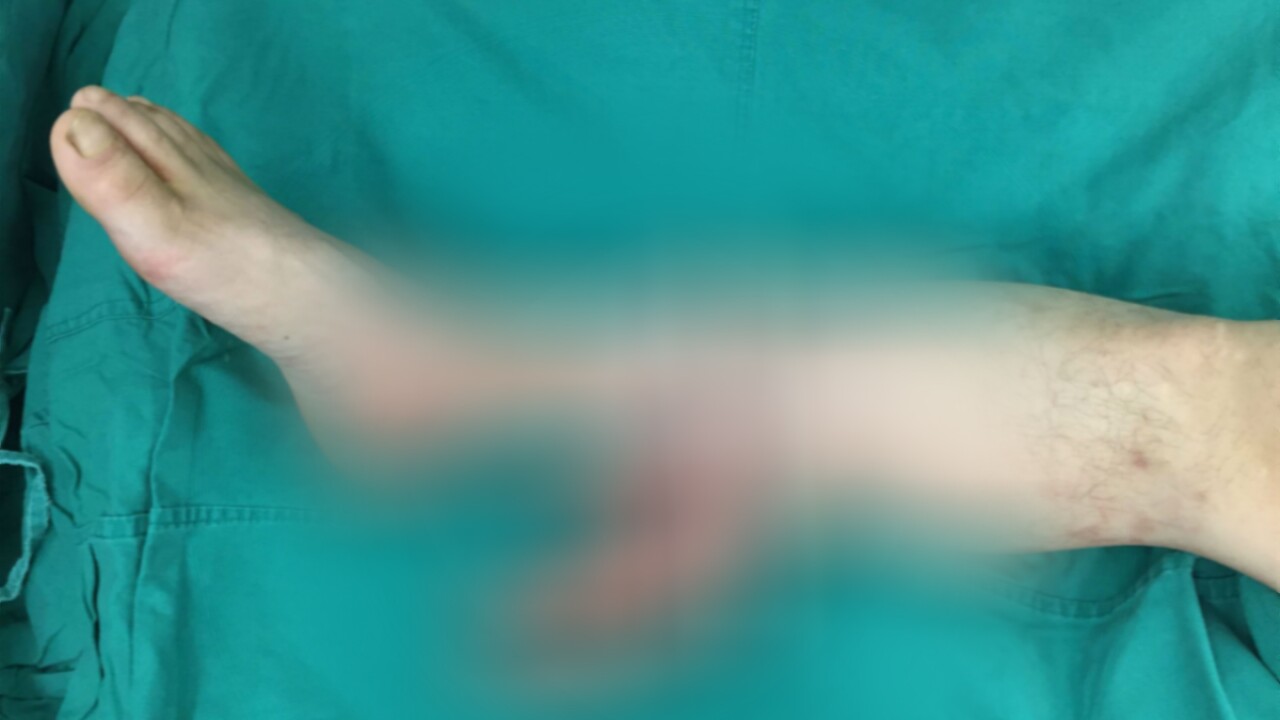 WARNING: This story contains material that some viewers may find disturbing due to its graphic nature. Reader discretion is advised.

A man in China may regain use of his hand after it was cut off in an industrial accident. Even more amazing is how the doctors saved the man’s hand: They grafted it onto his leg.

The man, who has been identified as Mr. Zhou, lost his entire left hand several weeks ago in a spinning blade machine in the factory where he was working. A surgical team, led by Dr. Tang Juyu, carried out the procedure at the Xiangya Hospital in Changsha in central China.

Tang and the team decided they could not simply put the hand right back where it came from. “There were great risks to reattach the hand back directly to the arm, as tissues of the severed [area] were greatly damaged,” Tang told CNN.

Instead they grafted the hand to Zhou’s lower right calf, and connected it to blood vessels in the region to keep the tissue alive. The operation was a “race against time” to get the blood supply back to the severed hand, Tang said.

After about a month, the blood vessels and tendons in Zhou’s arm healed and the doctors reattached the appendage to its original limb. Zhou has been reported to be able to move his fingers a little bit, and he will continue rehab to try to recover full use of the hand again.

It is hard to say at this point what Zhou’s prognosis is, said Tang, who has performed this type of hand-to-leg graft for two other patients, as well as one case in which the team temporarily attached the hand to a patient’s belly.

“This is a very nice, novel approach when you can’t reattach the hand to the arm right away,” said Dr. Jess Ting, assistant professor of plastic surgery at the Icahn School of Medicine at Mount Sinai in New York. Ting has not worked with Tang and the other doctors at Xiangya Hospital.

“It’s like the leg is just babysitting the amputated hand until the arm is ready for it,” Ting said.

While not aware of any instance of this type of procedure being done in the United States, Ting said it’s still probable because “almost everything has been done once or twice.” 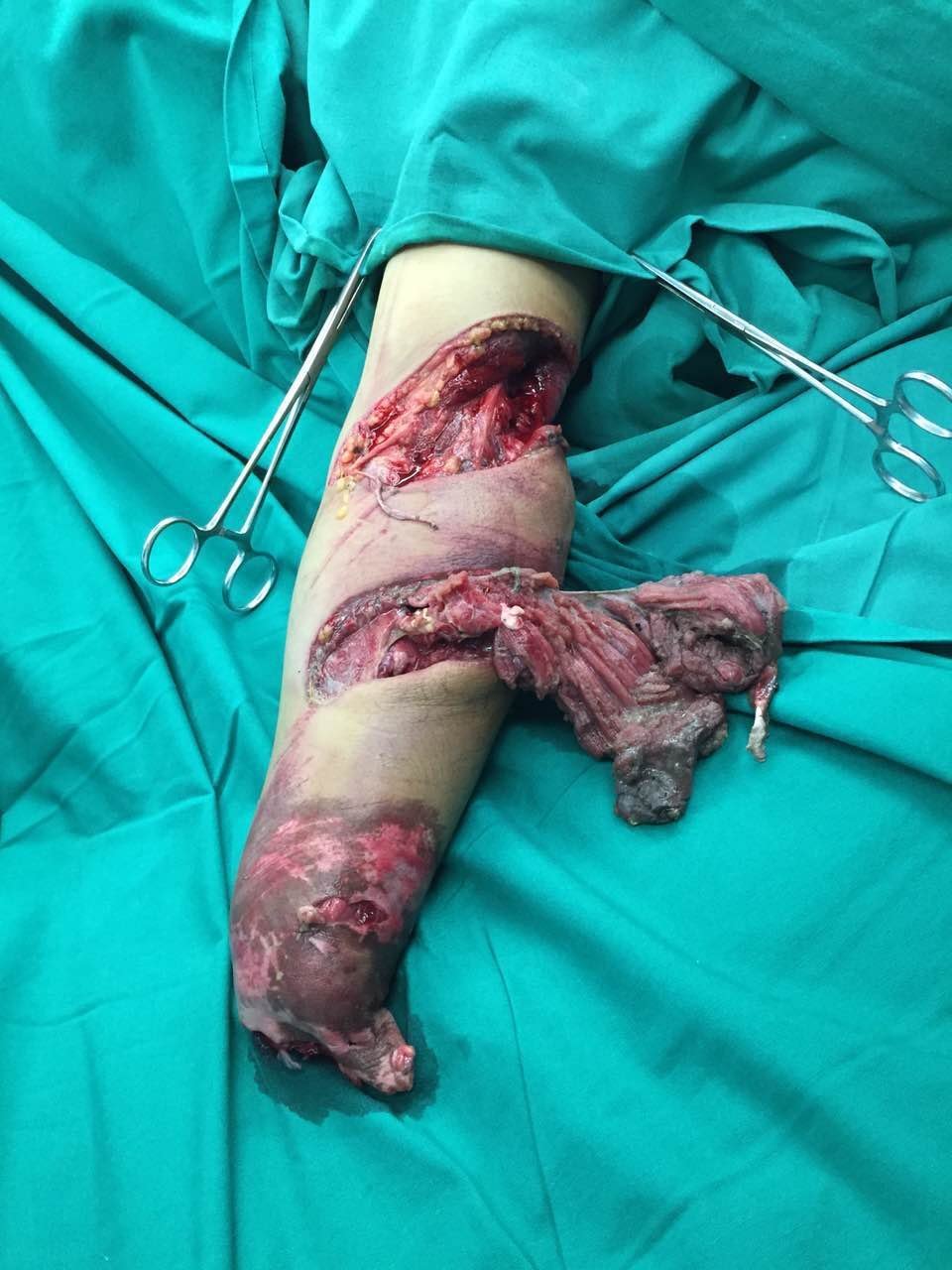 There have been reported cases in the United States in which other regions of the body “babysat” severed fingers and ears. A relatively common procedure is to “bury” a traumatically amputated ear in the patient’s abdomen, Ting said. In such a case, the ear is not connected to blood vessels, but the high level of oxygen in the abdominal region helps keep the tissue alive.

In a case such as Zhou’s, a severed hand could, in theory, be attached to any part of the body where there are accessible blood vessels that it could be connected to, Ting said. “[But] cosmetically you would not want to put it on the head or neck, he added.

There are big risks to grafting a hand in a case such as Zhou’s, said Tang. For example, the tissue of the hand could die or rebuilding it could fail, he added.

Even if the grafting succeeded in keeping the hand’s tissue alive, there is a possibility that it could lose some function. “It needs to keep moving or the joints and tendons will be very stiff and you can’t use it,” Ting said. However, it could be possible to do some rehab with the hand even while it is attached to the leg, such as having a physical therapist move the fingers, he said.

Although it could be useful to develop this grafting procedure in the United States, the need for it would be rare. “This is not a common injury,” Ting said, and even less so in the U.S. as much industrial manufacturing has moved overseas.