HOLMBERG: Richmond man at the center of ‘a reign of terror’ cyber bulling lawsuit 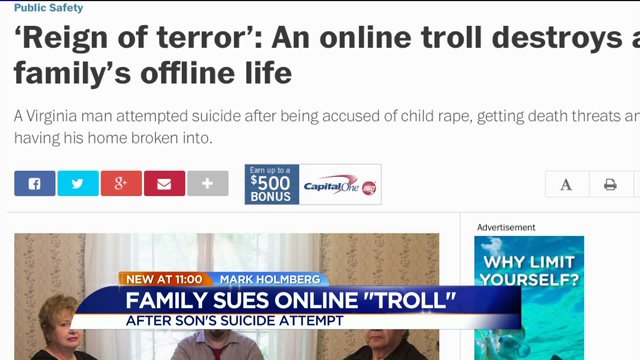 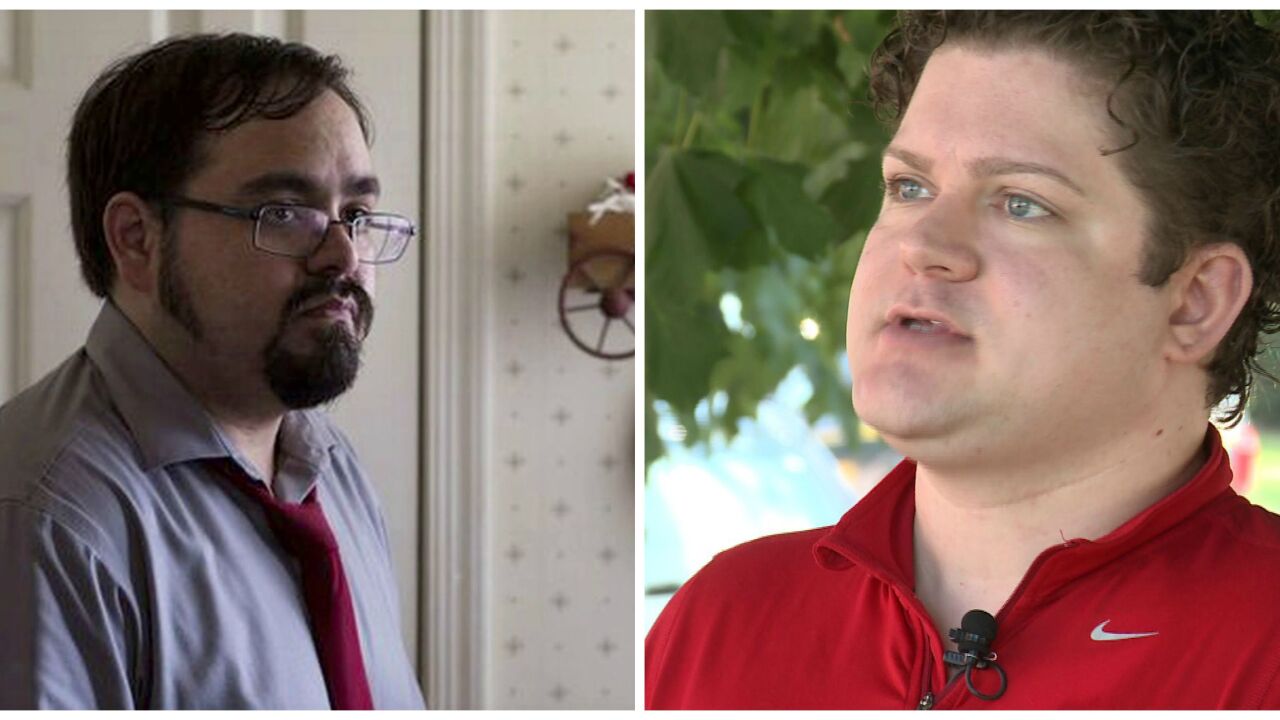 RICHMOND, Va -- A civil lawsuit filed in January in Northern Virginia involving a 34-year-old Richmond college student has slowly but surely crept into the international news.

That's because many of the steamiest and menacing aspects of the internet boil up from the bowels of the case like fumes from a witch's brew:

"A reign of terror," is the headline on a recent Washington Post story. "An online troll destroys a family's offline life."

The case is Richard, Sharon and William Moreno of Sterling, Va., versus Michael Basl of Henrico, an Army veteran, community college student, and frequent flyer on the freewheeling Fairfax Underground forum. This is a popular and sometimes newsy site for all things Fairfax as well as forum where everything goes, including feuds and attacks.

"They’re representing me like I'm this sinister, odious human being," Basl told CBS 6 Friday. "I had nothing to do with this. These pleadings are completely false."

Basl could be seen as a sort of enforcer for the largely unregulated site, going after a disturbed poster by the name of "Mr. Misery," who is William Moreno.

Or, as the Richard and Sharon Moreno believes, Basl is an "evil" troll who enjoys inflicting pain and trauma on others, particularly someone vulnerable like their son, who suffers from acute depression and has Asperger's Syndrome. 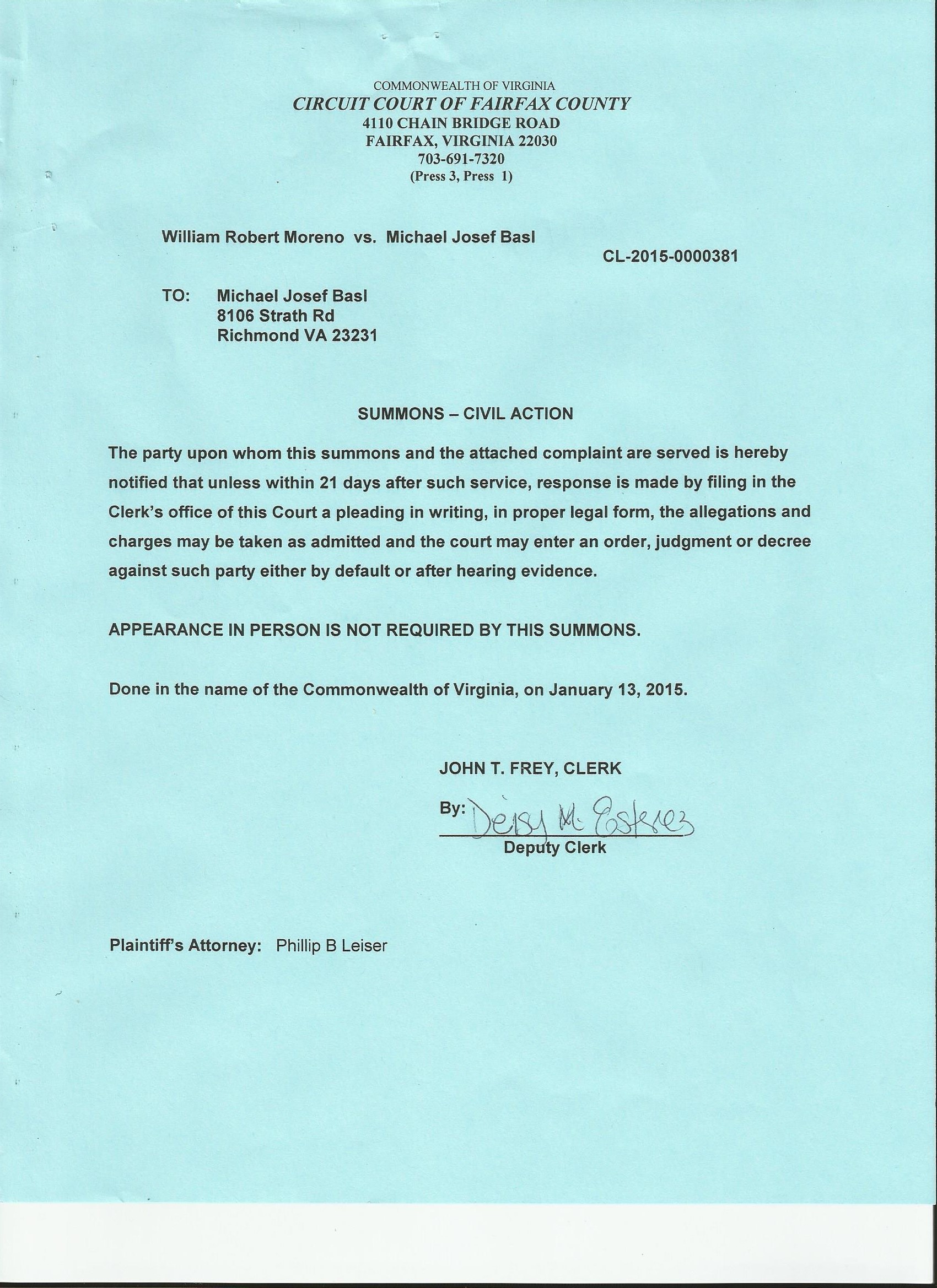 This lawsuit (which can be seen here) alleges that Basl and another unnamed user of Fairfax Underground tormented the Moreno’s, causing a SWAT team raid at their home, enmeshing them in child sex allegations, suspicions about potential bombings  and causing their 32-year-old son to attempt suicide.

Basl, known as "eesh" on the site, said a woman who has provided statements against him in the suit is simply one of those who are against him on the sometimes contentious site. Otherwise, it's just speculation, unproven attacks and a smear campaign, he said.

There's no doubt that the alleged victim in the suit, 32-year-old William Moreno, is deeply troubled.

Some of his postings were graphic descriptions of sex with babies, or saying women should be beaten and hitched to plows. He also posted about wanting to kill himself.

"We realize he did do some bad things initially," he told CBS 6 during a Friday telephone interview. "He has very dark humor. But that does not give this guy the right or the justification to come after him (William Moreno) for over two years and then after our family."

Sharon Moreno said they've learned "we're not the only ones he's gone after. He enjoys it."

But Basl said they're just going on the offensive, protecting a son who has professed tendencies for pedophilia and a long history of suicidal behavior that predates any alleged cyberbullying.

"He created several emergencies on that website where he said, 'This is it. I'm going to kill myself.' And he did that from '09 to 2012," Basl said. "So to say this one time is because of me - it's ludicrous."

This is a long, complicated case. The Washington Post's report has a lot of detail.

The case is due in Loudon County Civil Court in January. The family is seeking several hundred thousand dollars in damages.

William Moreno was not up to talking on the phone Friday evening, his father said.

"He's not doing too well this evening," Richard Moreno said. "He's in a deep depression. He's got the covers over his head."