The dangerous mistakes bicyclists (and drivers) make on the road 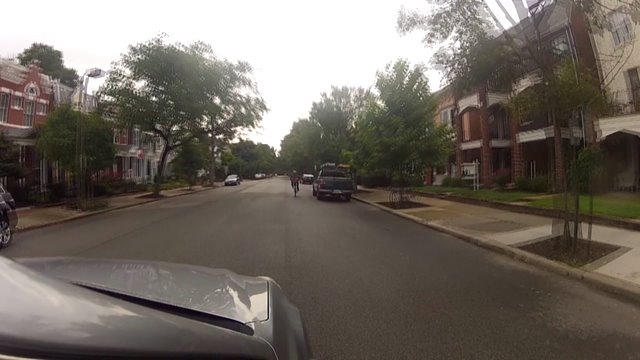 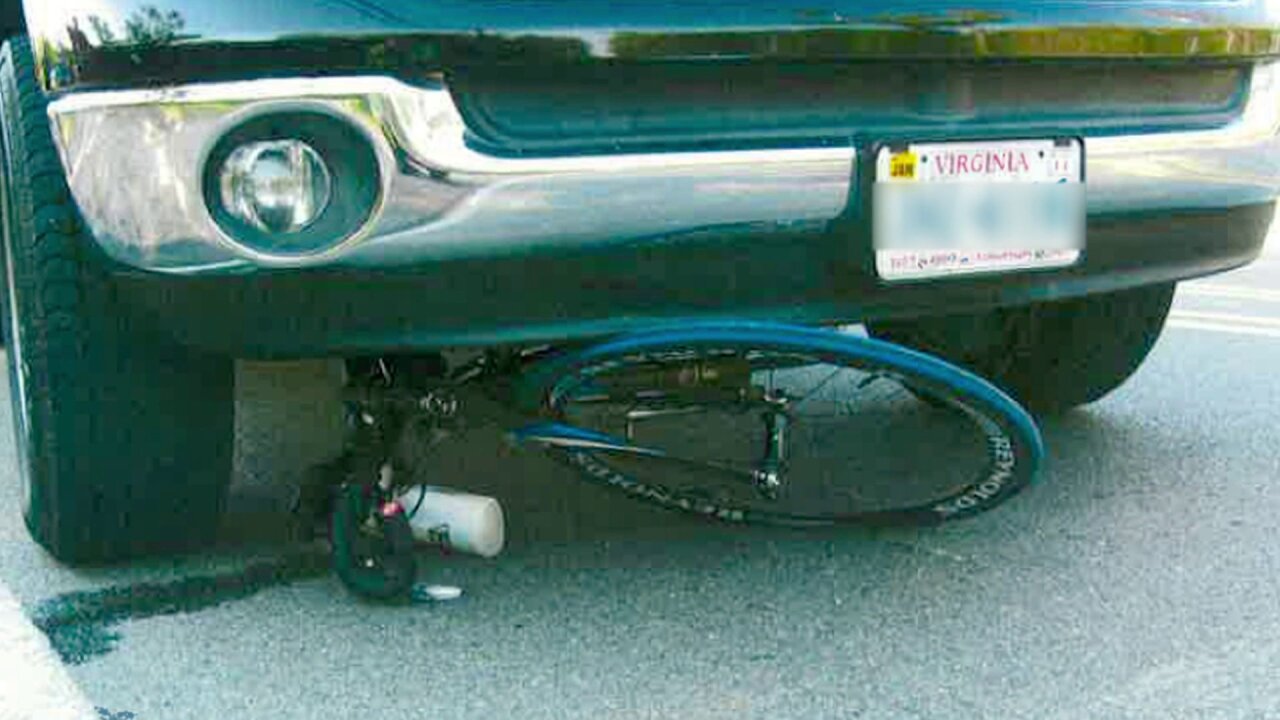 RICHMOND, Va. -- With the 2015 UCI Road World Championships set to take center stage in Richmond this September, data from the Virginia Department of Motor Vehicles showed cyclists in Richmond are injured and even killed at some of the highest rates in Virginia. Virginia DMV numbers showed between 2010 and 2014, Richmond had the third highest number of bicyclists injured behind the more populous Fairfax and Virginia Beach, and the second largest number of bicyclists killed in the state.

Data from the Richmond Police Department showed 50 bike versus vehicle crashes occurred between June 2014 and June 2015 in Richmond. The vast majority of those accidents happened in Richmond's Fan neighborhood.

On a Tuesday in July, bike safety instructor Eric Martin stood on a Fan intersection to see what drivers and cyclists are doing that might be leading to those crashes.

"It’s very dangerous for the cyclist to do that," Martin said as he watched one cyclist cruise through a stop sign without stopping or looking both ways.
Martin said cyclists must obey all traffic laws that apply to cars. But, repeatedly our cameras captured cyclists biking unsafely by speeding through stop signs, biking in the wrong direction, and even running red lights while on their cell phone.

"People are just angry," Lt. Thomas Nolan, who does traffic enforcement for the Richmond Police Department, said after watching a young man bike the wrong way down a one way street. The young man said "whatever" when Nolan pointed that out to him.

We watched one cyclist on Floyd Avenue, which is a designated bike route, talking on a cell phone and blowing through numerous stop signs and red lights.

The cyclist admitted to Hipolit that he was on his phone, pointed out that he always wears a helmet for safety purposes, and said he is concerned about bike safety.

"I think some cyclists have some habits that don't make them as safe as they could be," Martin said.

He added that a lot of times cyclists want to keep their momentum going, so when they approach a stop sign they don't want to come to a full stop.

"Richmond is more bike friendly than it used to be, but there’s still plenty of people who tell me they want a bicycle, but they’re a little concerned so they’re not, so I wouldn’t say Richmond is tops in terms of bike safety," Martin said.

Lt. Nolan said it was not just cyclists making mistakes that lead to crashes, drivers often do not do the right thing around cyclists.

Danny Caroll lives in the Fan and travels by bike and car.

"You see a lot of cars that they feel they command the road, they’ll blow right past you," Caroll said about being on a bike.

He said drivers and bikers both have work to do.

"A lot of people don’t know the rules," Caroll said.

What are the rules?

Martin said drivers need to keep three feet between them and cyclists when passing, and be respectful of cyclists who have every right to be on the road.
As for bikers, they must obey all traffic laws.

Martin said when approaching an intersection and making a turn, signal 100 feet before the intersection what direction you are going, and then when you get to the stop sign or stop light, come to a complete stop.

"Unfortunately, cyclists, will not come to a complete stop and they will dart out in front of vehicles, and it’s a dangerous situation," Nolan said.

Other safety tips to remember when on a bike: use a light and don't wear dark clothing at night, and ride with the direction of traffic.

Still, sometimes a cyclist does everything everything right, and is hit.

Struck by a truck

Heather Kartchner was struck by a man driving a pick-up truck in Henrico County on October 7th, 2010.

Heather Kartchner was struck by a man driving a pick-up truck in Henrico County on October 7th, 2010.

"I continued peddling across the intersection, I didn’t have a stop sign...I remember hitting the ground, I don’t remember the tire tracks going over my pelvis, but they did," Kartchner said.

She was in a wheel chair for three months after the truck ran over her.

Kartchner made a full recovery, and even became friends with the man who hit her, Sam White.

"Most of the time you would be sued for something like that, she came with God in her heart, and she tells me it wasn’t your fault," White said while he shared the story of how Kartchner showed up at his door step eight months after the accident with a bouquet of flowers.

White said drivers should do everything they possibly can to avoid the pain and guilt associated with what happened to him.

"It’s scary, you don’t want to experience that, young girl lying down, just starting her life you know," White said.

Likewise, Martin said bikers should do the same.

"Most people I talk to think their kids needs some bicycle education, but the adults think they don’t need anymore. But, if you ask them well when is the last time you read a book on how to operate a bike safely, or when did you take a bicycle safety class, well, oh never," Martin said.

Martin said a good places for cyclists to find information on safe cycling is http://www.bikeleague.org/ridesmart

He said the site has tips, advice, and videos, and cyclists can look for local safety classes or find a bike safey instructor there.