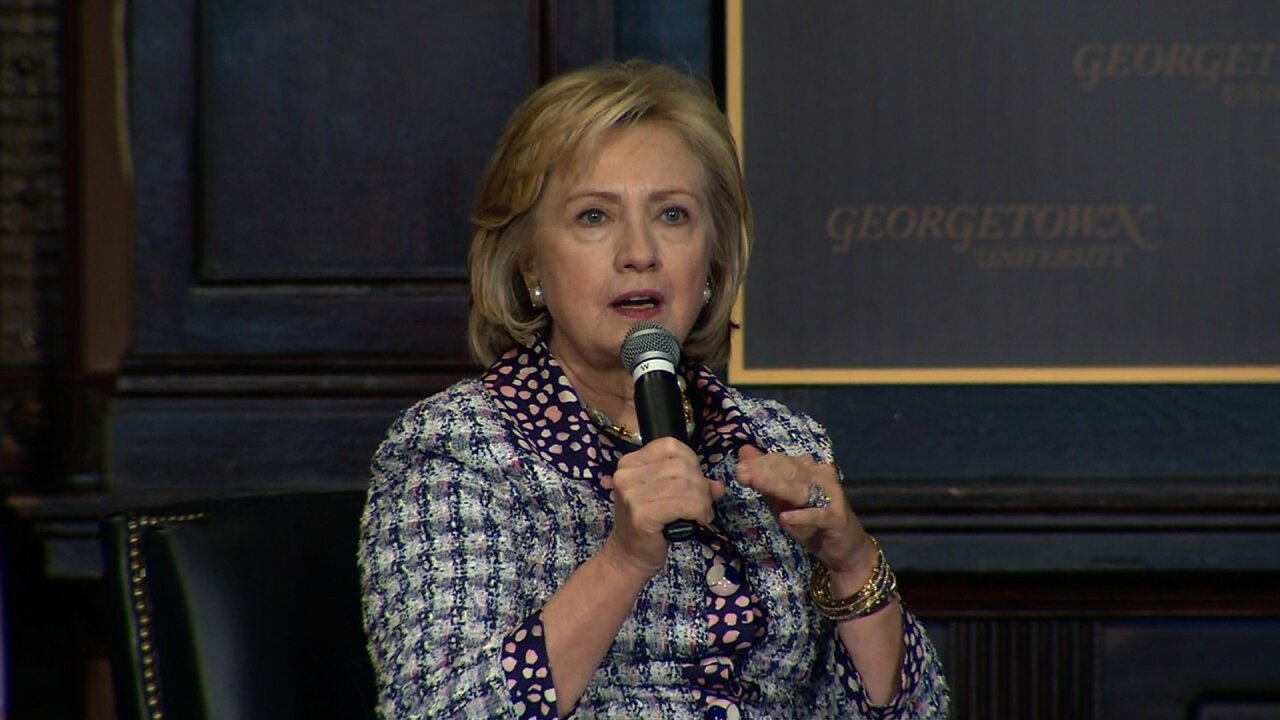 Hillary Clinton, along with Laura Bush and John Kerry, spoke at Georgetown University about the future of security for Afghan women.

RICHMOND, Va. – A new Quinnipiac poll shows Former Secretary of State Hillary Clinton is behind or on the wrong side of a too-close-to-call result in matchups with three leading Republican contenders, U.S. Sen. Marco Rubio of Florida, former Florida Gov. Jeb Bush and Wisconsin Gov. Scott Walker in Colorado, Iowa and Virginia.

Democratic contender U.S. Sen. Bernie Sanders of Vermont, runs as well as, or better than Clinton against Rubio, Bush and Walker, in several matchups in Iowa and Colorado. Vice President Joseph Biden does not do as well in the polling.

Clinton is not honest and trustworthy, 55-39% of Virginia voters say. Fifty-five to 42-percent of state voters believe she is a strong leader, but 50 – 45 percent believe Clinton does not care about their needs and problems.

“She has lost ground in the horse race and on key questions about her honesty and leadership,” said Peter A. Brown, assistant director of the Quinnipiac University Poll. “On being a strong leader, a key metric in presidential campaigns, she has dropped four to 10 points depending on the state and she is barely above 50 percent in each of the three states.”

An April 9 Quinnipiac University poll had Clinton clearly ahead in five of the matchups and too-close-to-call in the other four.

“One other key takeaway is that Vice President Joseph Biden, who is considering a 2016 run, does better than Clinton on honesty and on caring about voter needs, always a key Democratic strong point,” Brown said.

Matchups in each state show: