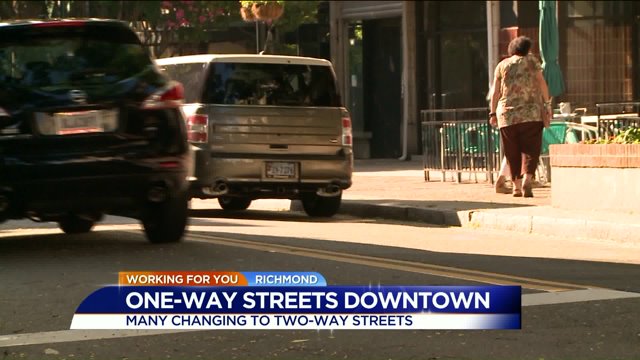 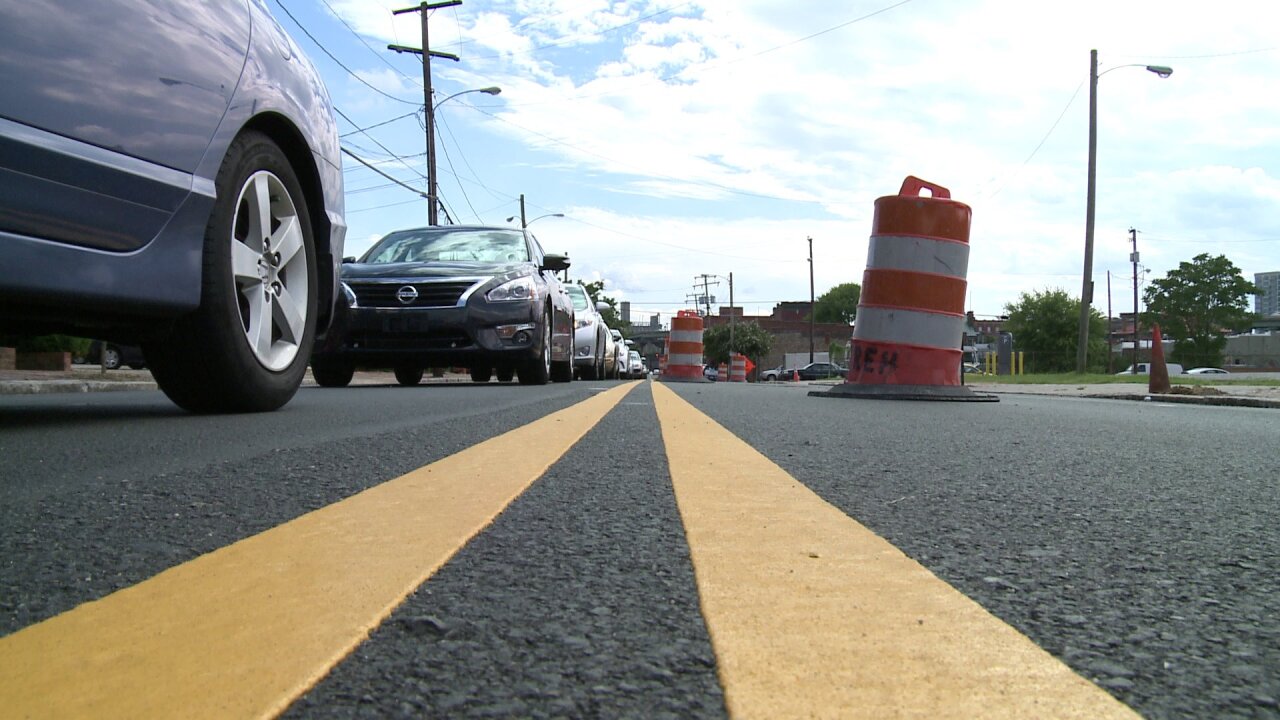 RICHMOND, Va -- The City of Richmond confirmed new double yellow lines on the traditionally one way stretches of 17th and 18th streets between Grace St. and Broad St. in Shockoe Bottom mean those streets will soon allow for two-way traffic.

Sharon North, a spokeswoman for the Richmond Department of Public Works, confirmed the work is part of a larger effort to convert several one way streets downtown to two ways to improve traffic flow.

A study done for the city back in 2009 found two way streets made driving in the city more intuitive for visitors, encouraged safe cycling, and increased business for shops and restaurants along the road.

Several blocks away from Shockoe Bottom, E. Grace St. between 4th and 9th streets, is an example of a street that has already been converted from one way to two ways.

“I don’t understand the change, it doesn’t make sense to me,” Van Peppen said.

He said the change has backed up traffic because drivers now cannot easily get around cars that stop to drop off guests at his restaurant and Pasture next door.

“There’s not a cut-in or parking area for people to drop off in this area,” Van Peppen said.

He also said nobody seemed to know about the change and pointed out that very few cars seem to travel down E. Grace St. in the newly available direction.

But, driver Christina Dick said she’s excited about the changes. “I like it, I think it’s easier, I think sometimes it can get confusing,” Dick said.

She said once people get used to the new routes everyone will benefit.

“Sometimes it’s easier to get people to come into the city when you can get around easier,” Dick said.