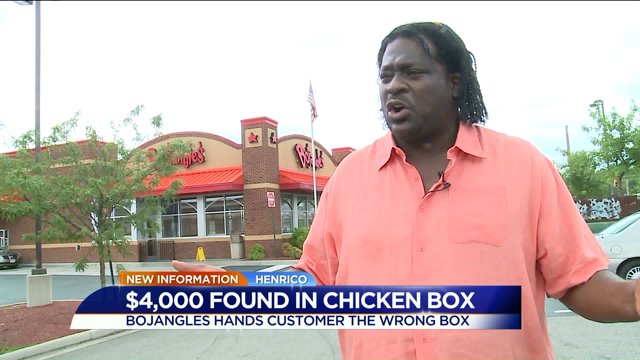 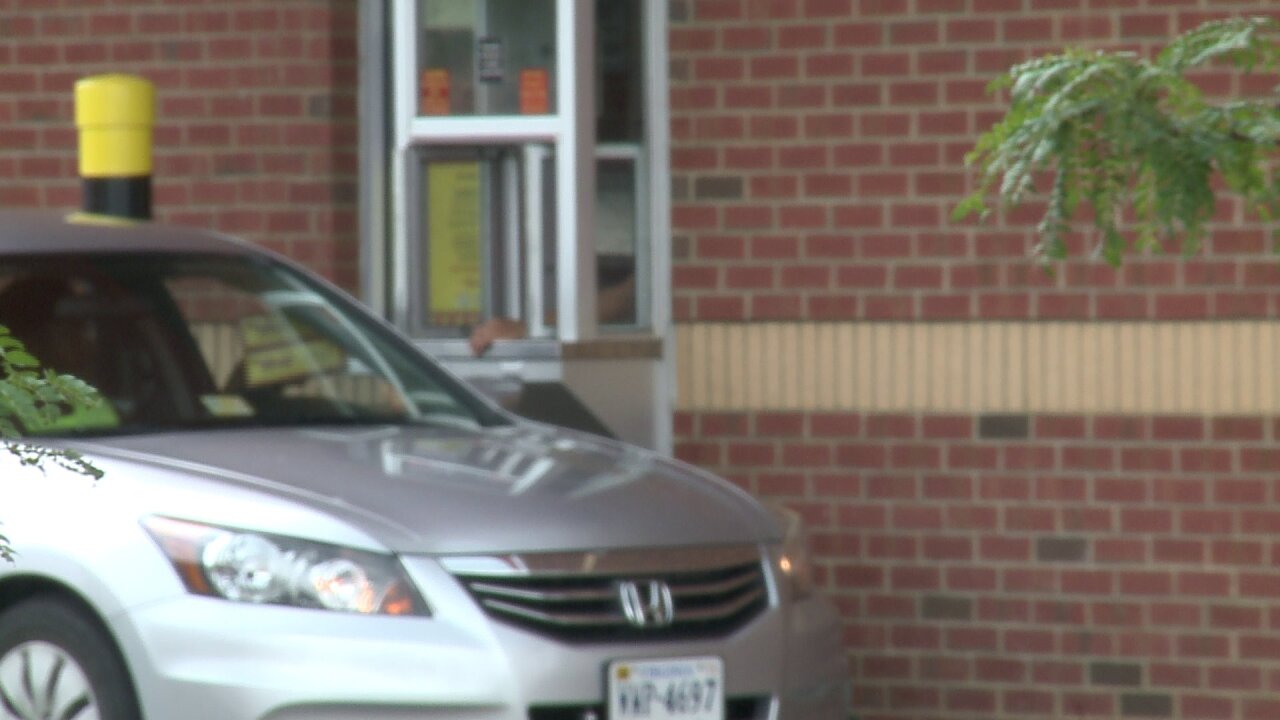 HENRICO COUNTY, Va. -- One area Bojangles’ customer got more than he bargained for when he had a hankering for some of the chain’s famous chicken Friday. James Minor said what happened to him at the drive-thru when he was ordering lunch at the Nine Mile Road location left a bad taste in his mouth. It all started when his order arrived and he quickly realized his chicken was cold.

“I sent it back to the person who was working the window and I asked them to get some fresh chicken,” Minor said. “And they told me to pull up in the drive-thru and fresh chicken would be out in six or seven minutes."

After waiting for a while, a worker came out and handed him a bag of food. But when he opened what he assumed would be a box of steaming hot chicken, he was taken aback.

“When I opened the box up, the BoJangles’ chicken box, there was probably close to $4,500 in cash and also SunTrust deposit slips,” he explained.

Minor sent WTVR CBS 6 cellphone video of the money and deposit slips in plastic bags just after the discovery.

"I’m honest. I know what integrity is. I have integrity,” Minor said.

He said when he saw the money he thought that he was being set up – or that someone inside the store was trying to steal money.

Minor rushed inside the restaurant, asked for a manager and explained what happened.

But Minor said he was stunned by the manager’s response about what would have happened if he had not come back inside with the money.

“When I opened the box up, the BoJangles’ chicken box, there was probably close to $4500 dollars in cash and also SunTrust deposit slips."

“He told me in an arrogant, nasty attitude being disrespectful saying that, ‘We would've called the authorities on you, too,’” Minor said. “Here I am doing a good thing, bringing the money back.  Most folks probably would've kept on going and wouldn’t have recognized it until they got home.”

Minor said he was offered another meal and a tailgate party. He later called a district manager, who he claims hung up on him, before getting through to the chain's corporate headquarters.

WTVR CBS 6 News did reach out to Bojangle’s corporate headquarters for comment, but as of news time Saturday we had not heard back.