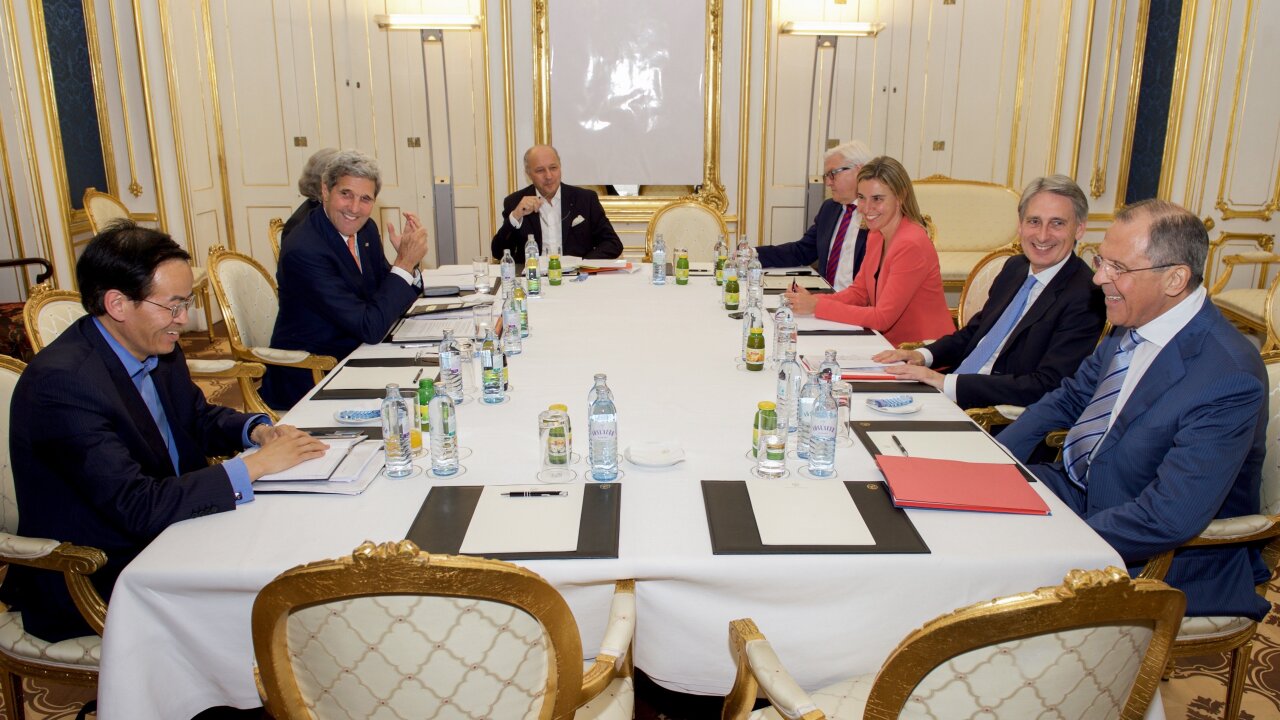 WASHINGTON — Republican presidential candidates slammed the Iran nuclear deal on Tuesday, warning that it threatened the United States and its allies.

The deal is supposed to curb Iran’s efforts to obtain a nuclear weapon for the next 15 years, but the Republicans universally said Iran could not be trusted, despite requirements for Iran to open its nuclear sites to international inspectors.

“They don’t want a power plant, they want a bomb,” Graham said on CNN’s “New Day,” warning desire for nuclear capability will spread. “So every Arab nation is going to have to say the following about 15 years from now, they’re going to have a nuclear weapon, so we better get started on ours.”

Real estate mogul Donald Trump blasted the agreement, saying “Iran gets everything and loses nothing.”

“Every promise the Obama administration made in the beginning of negotiations, including the vow (made at the beginning of the negotiations) to get our great American prisoners returned to the U.S. has been broken,” Trump said. “This is a bad deal that sets a dangerous precedent.”

“We’ve given them legitimacy in the international community, something that they deeply wanted here, and they’ve done basically nothing in exchange for that,” Santorum said on CNN’s “New Day.” “They come out of this a much, much stronger and I believe more virulent state with very, very few responsibilities. In fact, nothing in this deal curbs their terrorism. There’s nothing that says that they have to cease any type of terrorist activity.”

Former Arkansas Gov. Mike Huckabee vowed that, if elected, he would “keep all options on the table, including military force, to topple the terrorist Iranian regime and defeat the evil forces of radical Islam.”

“Shame on the Obama administration for agreeing to a deal that empowers an evil Iranian regime to carry out its threat to ‘wipe Israel off the map’ and bring ‘death to America.’ John Kerry should have long ago gotten up on his crutches, walked out of the sham talks, and went straight to Jerusalem to stand next to Benjamin Netanyahu and declared that America will stand with Israel and the other sane governments of the Middle East instead of with the terrorist government of Iran,” Huckabee said in a statement.

Huckabee released a provocative campaign ad last week that replays Lyndon Johnson’s famous “Daisy” ad, but instead suggests Obama and Democrats have placed the U.S. under threat of nuclear attack.

“President Obama has consistently negotiated from a position of weakness, giving concession after concession to a regime that has American blood on its hands, holds Americans hostage, and has consistently violated every agreement it ever signed. I expect that a significant majority in Congress will share my skepticism of this agreement and vote it down.”

In a statement, Louisiana Gov. Bobby Jindal not only called on Congress to oppose the deal, but Democratic presidential frontrunner Hillary Clinton to do so as well.

“If Secretary Clinton goes along with President Obama’s efforts to appease Iran, it will make our enemies stronger, endanger our ally Israel and trigger a nuclear arms race in the Middle East that will destabilize the region,” Jindal said.

Wisconsin Gov. Scott Walker, who on Monday became the latest Republican nominee to join the 2016 field, said on Twitter that President Barack Obama’s “nuclear agreement with Iran will be remembered as one of America’s worst diplomatic failures.”

“The nuclear agreement announced by the Obama administration today is a dangerous, deeply flawed, and short sighted deal,” Bush said. “Based on initial reports and analysis, it appears this agreement does not ‘cut off all of Iran’s pathways to a nuclear weapon’ — in fact, over time, it paves Iran’s path to a bomb. Most of the key restrictions last for only 10 to 15 years. Even before the deal expires, it could allow Iran to develop an industrial-scale enrichment program and continue its R&D on advanced centrifuges and development of an ICBM.”

Retired neurosurgeon Ben Carson said the deal must be vetted thoroughly but immediately provides a “dose of false hope.”

“Without anywhere, anytime surprise inspections, a full accounting of Iran’s past secret nuclear arms pursuits, elimination of Iran’s uranium stockpiles and the lifting of any sanctions only upon verification of Iranian compliance (means) this is not a good deal, but a recipe for disaster and the first fateful step toward a frenzied nuclear arms race in the Middle East,” Carson said in a statement.

“He should have walked away,” Christie said. “Iran joins the sad list of countries where America’s red lines have been crossed. The President is playing a dangerous game with our national security, and the deal as structured will lead to a nuclear Iran and, then, a nuclearized Middle East. The deal threatens Israel, it threatens the United States, and it turns 70 years of nuclear policy on its head.”

Former Hewlett-Packard CEO Carly Fiorina told CBS’ “This Morning” that the Obama ignored Arab allies who singled this out as a bad deal.

“Unfortunately, he says it makes a nuclear arms race less likely. Our Arab allies have said just the opposite. So has Israel, so there is reason for suspicion here that’s not partisan,” Fiorina said. “You have a whole set of Arab allies — Saudi Arabia and Israel, as we know, don’t agree on very much — but they do agree this is a bad deal.”

And Kentucky Sen. Rand Paul weighed in late Tuesday afternoon, saying on Twitter that the “proposed agreement with Iran is unacceptable and I will vote against the agreement.”

Several Democrats, however, praised the deal and Obama’s leadership in completing it.

Former Secretary of State Clinton said Obama called her when negotiators had reached a deal on Iran’s nuclear program.

“Based on what I know now, and I will be being briefed as soon as I finish addressing you, this is an important step in putting the lid on Iran’s nuclear program,” Clinton said from a Capitol Hill press conference, adding that she applauded the steps Obama had taken as well as her successor, John Kerry.

Former Rhode Island Gov. Lincoln Chafee said he saluted Obama and Kerry, the primary negotiator for the U.S., for what Chafee called a “historic breakthrough.”

“Strong, patient diplomacy should continue to be the model for resolving conflicts,” he said.

Vermont Sen. Bernie Sanders called the deal “a victory for diplomacy over saber-rattling and could keep the United States from being drawn into another never-ending war in the Middle East.”

“I look forward to learning more about the complex details of this agreement to make sure that it is effective and strong,” he said in a statement.

Former Maryland Gov. Martin O’Malley said at an immigration event in New York that diplomacy is the “best path to a nuclear-free Iran” and that he was looking forward to the opportunity to review the deal’s terms.

He added: “The bottom line in our consideration as a nation, I believe, should be whether or not, in fact, there are the verifiable, enforceable mechanisms in place in this deal that would prevent Iran from developing a nuclear weapon.”

On Wednesday, however, former Virginia Sen. Jim Webb told National Public Radio’s Diane Rehm that he was concerned the deal was too favorable to Iran’s interests, adding, “I would be very skeptical if I were still in the Senate.”

“I am concerned principally that this might actually increase the imbalance of power in the region,” he said.