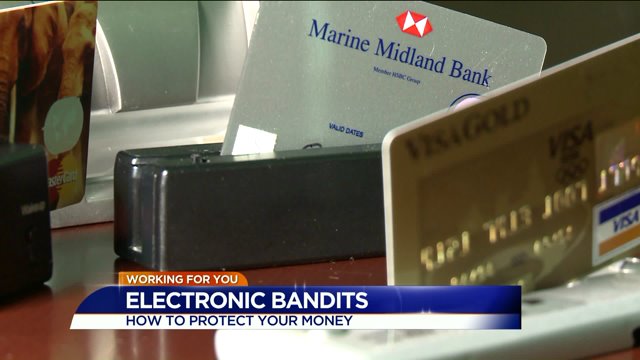 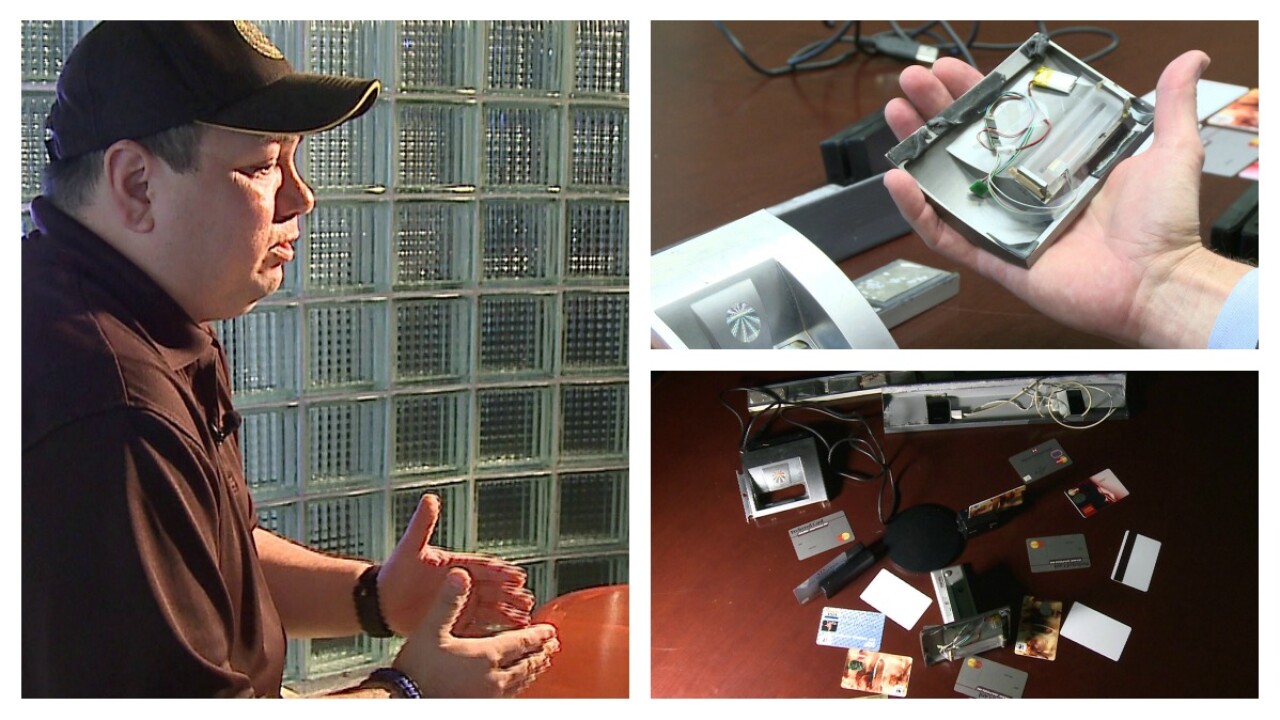 RICHMOND, Va – Keith Culver is the kind of person that is careful with money. The former police officer checks his bank account daily and is careful with his personal information.

That’s why Culver was shocked when he looked at his checking account on his phone in May and saw a $500 withdraw in Towson, MD.  Culver had been sitting at work in Henrico all day, and his debit card was in his wallet.

"I've never been to Towson, and I've been at work all day.  How could I be there at six o'clock?!” said Culver, recounting his gut reaction to the missing money.

Former police officer Keith Culver was a victim of skimming.

Culver and thousands of other customers had their debit card numbers stolen from the Virginia Credit Union ATM on Glenside Drive.  Criminals had placed a skimming device on the machine, and Culver deposited a check at the ATM.

Skimmers are devices that crooks plant on ATMs, gas pumps, and sometimes cash registers.  Once someone swipes their card, the device electronically stores the card’s information, which is then reloaded on a blank card.  A hidden recording device is usually placed near the machine to pilfer a user’s pin number.

Skimming is one of the biggest threats to credit card industry right now, according to the U.S. Secret Service.  Few people know the agency usually associated with protecting the president has been tasked with investigating access device fraud, like skimming, since 1984.

The Secret Service said the financial industry estimates the annual losses from skimming total more than $1 billion, which would equate to approximately $350,000 per day.

Skimming cases are on the rise nationally.

Culver said Virginia Credit Union worked quickly to get his money back and find out what happened; however, the embarrassment that a former police officer missed a skimming device, right in front of his eyes, still lingers.

"It tells me that this is how sophisticated these devices are becoming,” said Culver.

Douglas Mease is the special agent in charge of the Richmond Field Office of the Secret Service.  Mease showed CBS 6 reporter Jake Burns more than a dozen kinds of devices skimmers are now using.  Most are designed to look like they are part of an ATM or gas pump.

Mease said even though they are very hard to spot and are sophisticated pieces of equipment, their method of attachment can be anything but.

Skimming cases are on the rise nationally

Crooks install cameras at ATMs or gas pump by attaching a metal bar with a pinhole drilled in it directly over the machine’s keypad.  This allows the criminals to record a customer punching in their pin number.

The stolen information is then encoded on plastic cards that only need a magnetic strip to work, according to Mease.

ATM’s and gas pumps are easy targets because crooks can slip in quickly, install a device, and steal the information from thousands of cards in a short timeframe, according to experts.

Skimming cases are on the rise nationally.

“There's no individual profile of a skimmer,” said Mease.  “We see it from individuals in general all the way to organized groups.”

Skimming cases are on the rise nationally, so there are several protections you can take avoid becoming a victim.

The threat of the unknown was one of the worst parts of being victimized for Keith Culver.  Culver said he hopes debit card users keep the proper procedures in mind each time they pull their card from their wallet or purse.

“With things like [skimming], you don't know who did it or why they did it,” said Culver.  “Unless you know what you're looking for and you can spot it, you'll never know you're a victim until you've lost money."