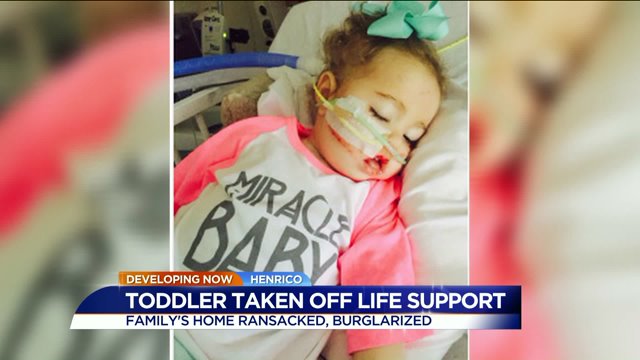 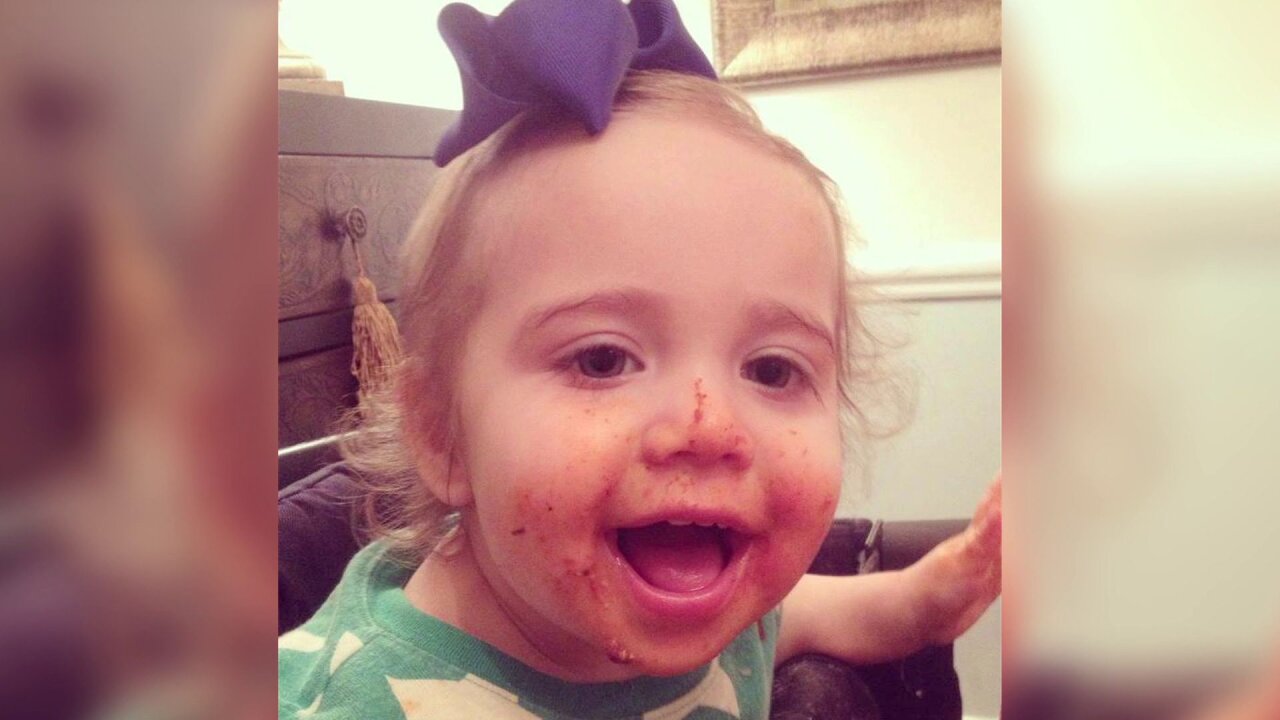 HENRICO COUNTY, Va -- Packing up their niece’s precious belongings was the last thing Lindsay Hannan and Erin Gray ever thought they’d have to do. Both women kissed and smelled clothing and blankets as they put them away in a box on Monday afternoon.

Their niece, 22-month-old Elsa Prather died Sunday in an Ohio hospital, after a long battle with Dravet Syndrome, a rare form of epilepsy that caused Elsa to have massive and frequent seizures.

“She was the sweetest, most perfect loving child,” said Gray.

“Her smile lit up a room,” Hannan added.  “She was very, very special.”

While Elsa lived with her illness from the time she was five months old, she suffered her most devastating seizure three months ago.  For 95 days, Graham and Alissa Prather watched as doctors at St. Mary’s Hospital in Richmond tried every treatment possible. Elsa was transferred by private plane on Wednesday to Cincinnati Children’s Hospital, where doctors delivered the devastating news that Elsa was brain dead.

The Prathers spent Saturday night sleeping next to their daughter before she was taken off life support on Sunday.

While reeling from the loss of Elsa, Alissa and Graham Prather received a phone call from family members on Monday. They were told that their West End home had been broken into and ransacked by burglars.

The family said furniture inside the home on Pine Ridge Road was turned upside down and the contents of drawers were spilled  onto the floor.

Alissa’s sister, Lindsay Hannan, said she was devastated when she walked into the house Monday morning and realized what had happened.

“I looked at the back window near the stairs and it was open and you could see there was a knife slit in the screen,” Hannan said.  “I turned around to look and the TV’s were gone and it just hit me like a ton of bricks.”

Hannan said the thieves may have taken money and jewelry as well.

“It was going to be hard enough for them to come back to this house,” Erin Gray said.  “The backstory of what we were going through already, it’s just unbelievable.”

While Elsa’s room was untouched, Alissa and Graham Prather have decided not to return to their rented home. They said they’ll stay with family  and focus on the sweet memories of their little girl.

The Prathers donated Elsa’s kidneys, liver cells and heart valves.  Her brain was also donated to Harvard for research into Dravet Syndrome.

“They wanted organ donations,” Gray said.  “They wanted Elsa to be able to help as many people as she could.”

They family also started an organization called Elsa’s Bows and Band-Aids.  The family is collecting fun bandages and bright bows for children in the pediatric unit at St. Mary’s Hospital.

As for the criminals who broke into their home,  Alissa Prather said there’s no material possession that she cares about losing now.