John Kerry ‘hopeful’ an Iran deal is near 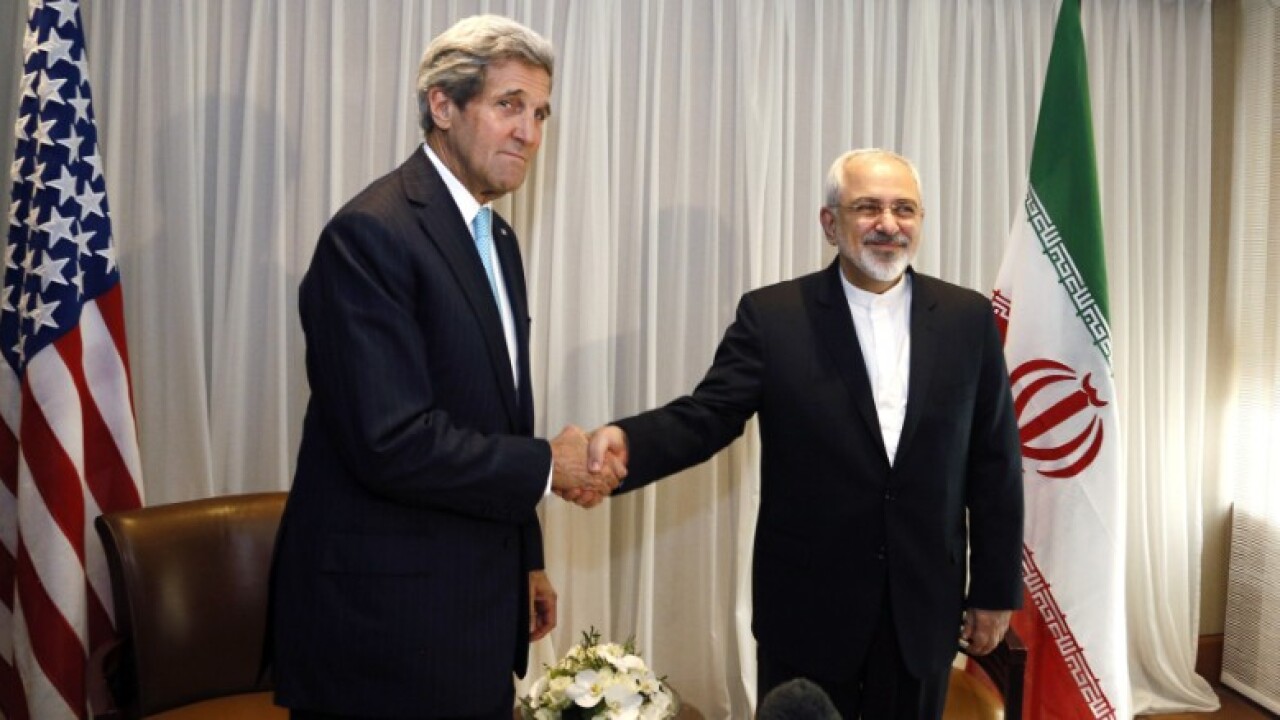 VIENNA — Secretary of State John Kerry on Sunday said he is “hopeful” about the U.S. and the other world powers being able to reach a deal with Iran to curb its nuclear program.

This followed a marathon series of meetings in Vienna on Saturday, including two sessions with the 6 allies and Iran — one going to midnight. There were also separate sessions on Saturday between Kerry, European Union foreign policy chief Federica Mogherini and Iranian Foreign Minister Javad Zarif.

“We had a very good meeting. Positive,” Kerry told reporters on Sunday of the previous day’s meeting with Zarif. “I think we’re getting to some real decisions so I will say — because we have a few tough things to do. I remain hopeful. Hopeful,” he said.

On Saturday, after one of his meetings with the European negotiator and the Iranian Foreign Minister, Kerry tweeted “Still have difficult issues to resolve.”

A Western diplomat told CNN on Sunday “good progress” has been made and said negotiations are “in the endgame but not finally finalized.”

The diplomat said talks “should be finished by tomorrow.”

Several of the European foreign ministers had left Vienna late last week, but have since returned.

French Foreign Minister Laurent Fabius, who just arrived back to the Iranian nuclear negotiations in Vienna, said he was optimistic the talks were nearing completion.

“I hope we are finally entering the final phase of these marathon negotiations,” he told reporters, outside the Palais Coburg. “I believe it.”

But a senior State Department official cautioned against too much optimism at this stage.

“We have never speculated about the timing of anything during these negotiations, and we’re certainly not going to start now – especially given the fact that major issues remain to be resolved in these talks,” the official told CNN.

And a top Iranian official called reaching a deal on Sunday “logistically impossible.”

“We are working hard, but a deal tonight is simply logistically impossible. This is a 100 page document, after all”, Iranian Foreign Ministry official Alireza Miryousefi tweeted, citing a senior Iranian official.