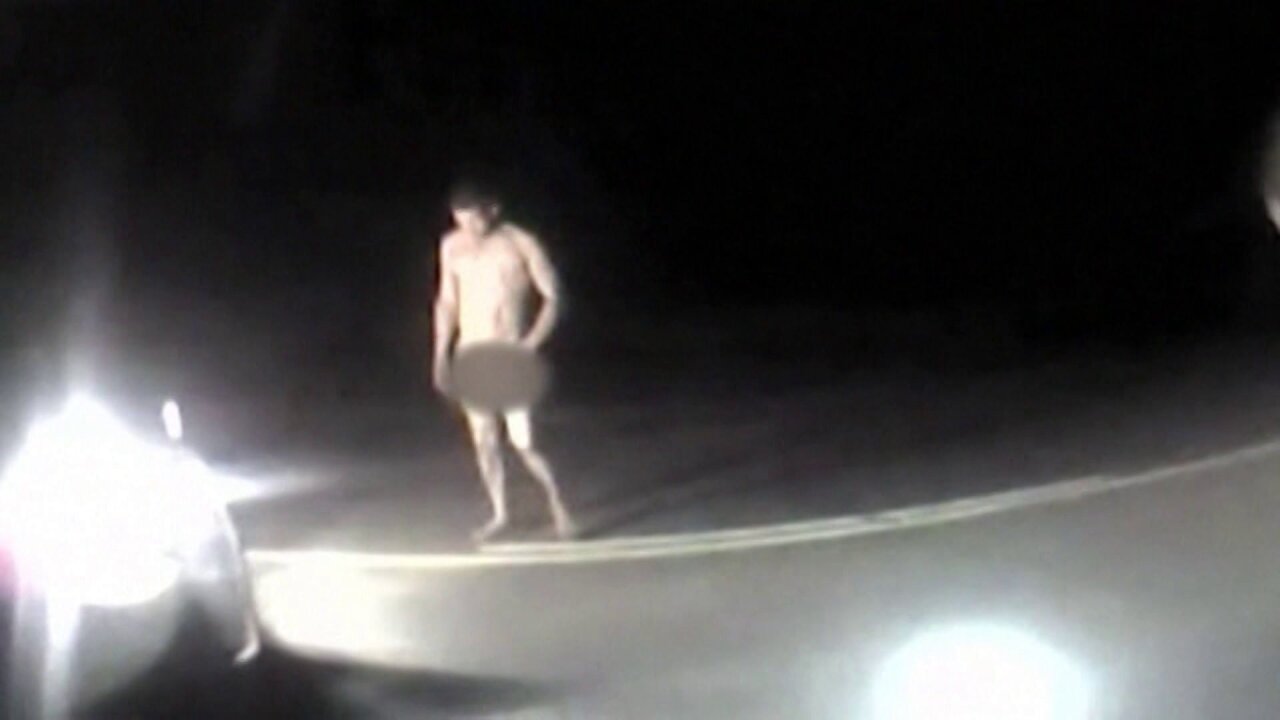 CLOVIS, New Mexico – A naked man attempting to flag down cars in New Mexico was caught on camera by a deputy’s body camera.

It happened on the Fourth of July as that deputy tried to coax the man out of the road.

The  naked  man, who was later identified as 37-year-old Jesus Tarango, then jumped into the officer’s cruiser and took off.

“I need help, this officer didn’t want to help me. I’m poisoned, that’s why I got the car,” was captured on the officer’s radio.

Deputies said Tarango drove himself to the local hospital, where he was taken into custody as he ran for the door.

Tarango is charged with resisting an officer, aggravated fleeing, stealing a motor vehicle and concealing identity.