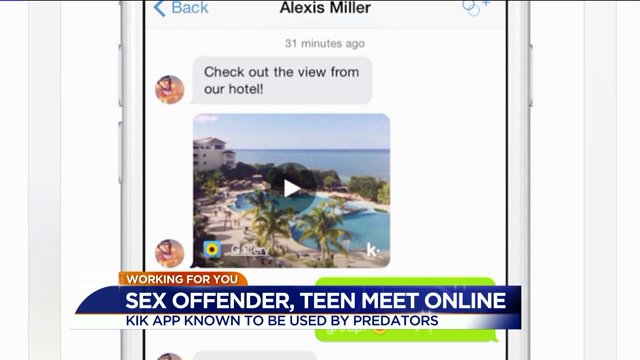 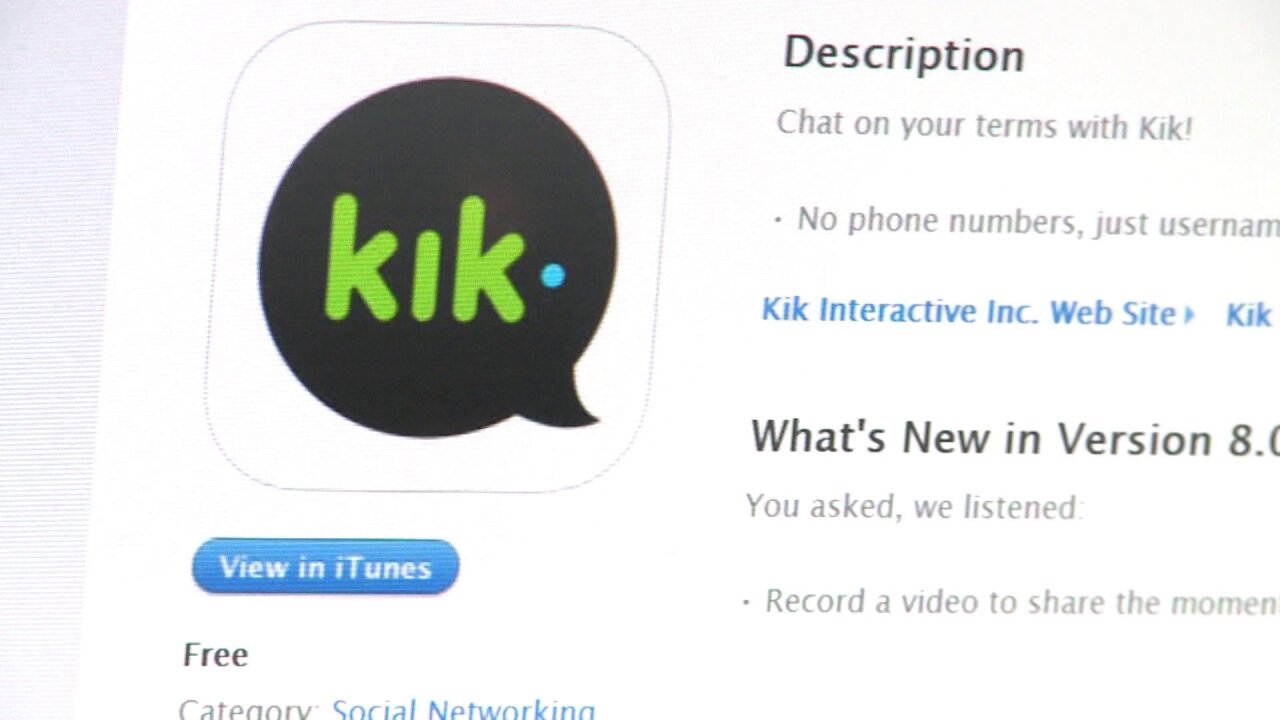 RICHMOND, Va. -- The instant messaging app, "KIK" is nearly five years old and has nearly 200 million registered users. All you have to do is register a user name, any name, and then the user can be whomever they want.

That's why investigators have warned parents about apps that predators may use to lure children potentially.

A Tennessee teenager snuck out of her home recently and stole her father’s 2004 Ford Explorer to pick up a 41-year-old man who is a known sex offender, a police chief said.

The teen, Hayleigh Wilson, 14, of Surgoinsville, likely didn’t know about Ben Shook’s past, according to Surgoinsville Police Chief James Hammonds.

“It looks like both the child and the suspect met on an online app called KIK," Hammonds said.  “These kids talking to these people on these chat apps and they really don’t know who they are talking to,” he said. “It is really a dangerous thing.”

"I installed the KIK app on my mobile device and it automatically searched my contacts in my phone that may have had KIK and low and behold my teenage son popped up,” he says.

Siewart is a consultant for a digital forensic computer company. While he knows the potential danger a messaging app can cause, he says other parents might not know.

"He was staying up late talking to people he knew, thankfully, but take that a step further," said Siewart. "With being able to search for people just out there in the internet that could be kind of a scary situation."

"With the KIK app that should be a red flag for parents that something like this can happen," said Dr. Marcus Messner, a professor and also a social media expert at VCU.

He says it's extremely important to learn all the uses of every app on your child's phone.

The best advice both experts offer parents is to be diligent in supervising a child's cell phone activity, and check the latest apps online that offer new ways to chat.

"I think it's more than monitoring what a child is doing on the device and to have a conversation that the child knows what's appropriate and where the dangers are lurking for that child," Siewart says. "Know what they're doing on their device, know who they're talking to. Emphasize with them that you don't talk to anybody on the internet that you don't know personally."

Those looking to take advantage of teenagers use apps like KIK, or Snapchat and Lline to meet with minors. Most teens usually look for the latest and most popular apps on the market. So parents should do their homework to best protect their child against sexual predators.