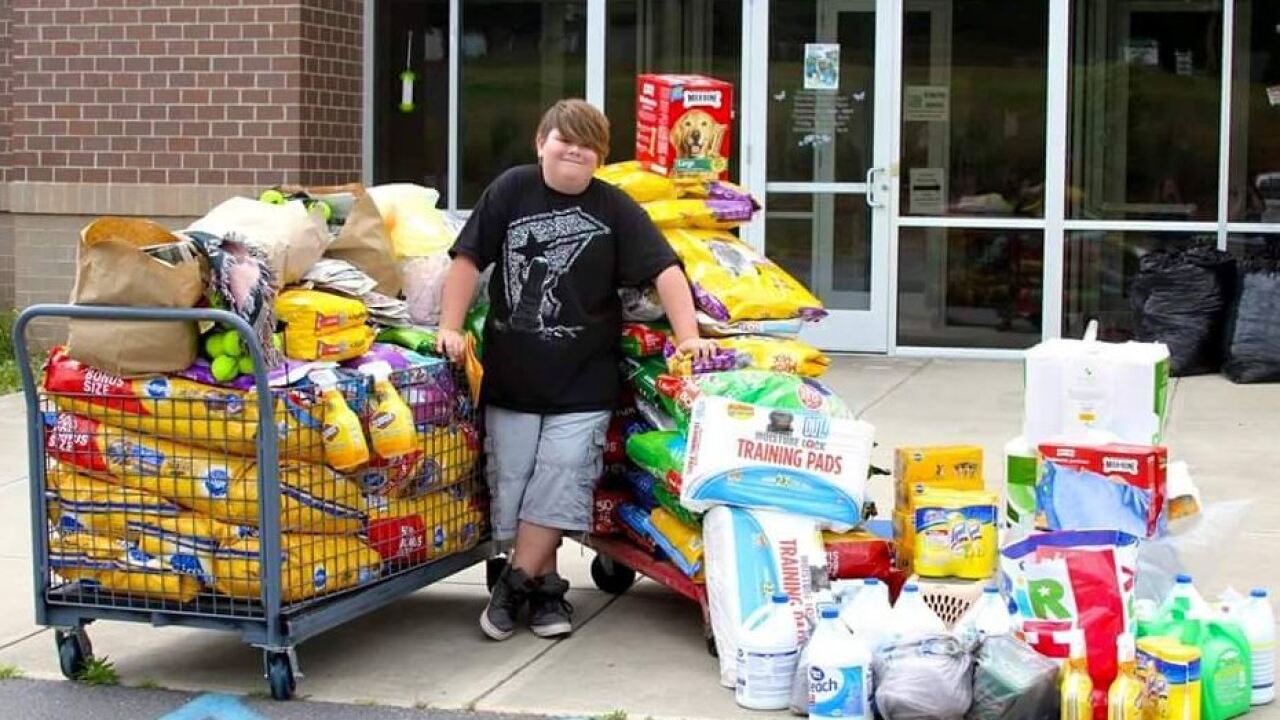 ANDERSON, SC — A South Carolina boy who just turned 11, and instead of asking for the newest and neatest toys, games and gadgets, he asked fellow car enthusiasts to come out and support the Anderson County PAWS shelter.

Braxton donated a large array of pet toys, treats, cleaning supplies, 1,500 hundred pounds of food and $400 cash to the animal shelter Monday, according to his mom, Teryi Louch.

Louch said Braxton has always loved animals and began volunteering at the PAWS shelter before he was even 9 years old.

“When we asked him what he wanted for his ninth birthday, Braxton said he didn’t want any presents,” Louch said. “Our family throws big birthday parties, so I told him he should think of something that he’d like, and he said he wanted presents for the animals at PAWS.”

Louch said Braxton racked up 500 pounds of pet food and supplies in 2013, which he then donated to PAWS.

“He was so excited that he wanted to make it an annual event,” Louch said.

So, in 2014, Braxton surpassed his previous record and collected 775 pounds of food for the shelter.

This year, Braxton wanted to go even bigger, so his mom said he came up with another idea to help collect supplies and money for the shelter.

“So we held ‘Braxton’s First Annual Car Show for a Cause’ last Sunday in Sandy Springs,” Louch said.

All proceeds from registration, raffles, and penny votes were used to buy food and supplies and the cash Braxton donated earlier in the week.

Louch said she and her husband also got Braxton a very special present he could keep for himself.

“Mom and dad are really proud of him, and since he loves cars and was organizing the car show, we got him a 1968 Dodge Charger that we gave him at the car show.”

Even though it will be a few years before he can drive the car himself, Louch said he’s excited about learning about everything under the hood, and raiding around with his mom and dad.

“We just got a deal we couldn’t pass up and since he’s so humble, we wanted to give Braxton a present that’s as big as his heart.”