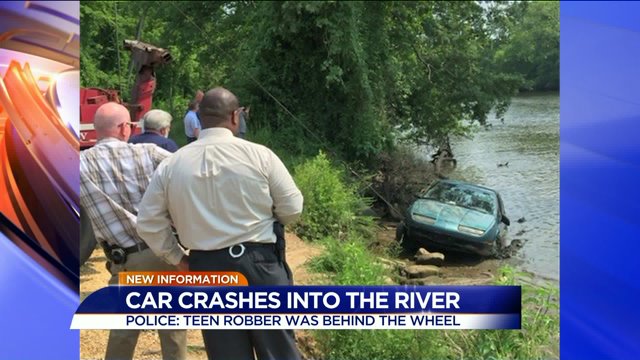 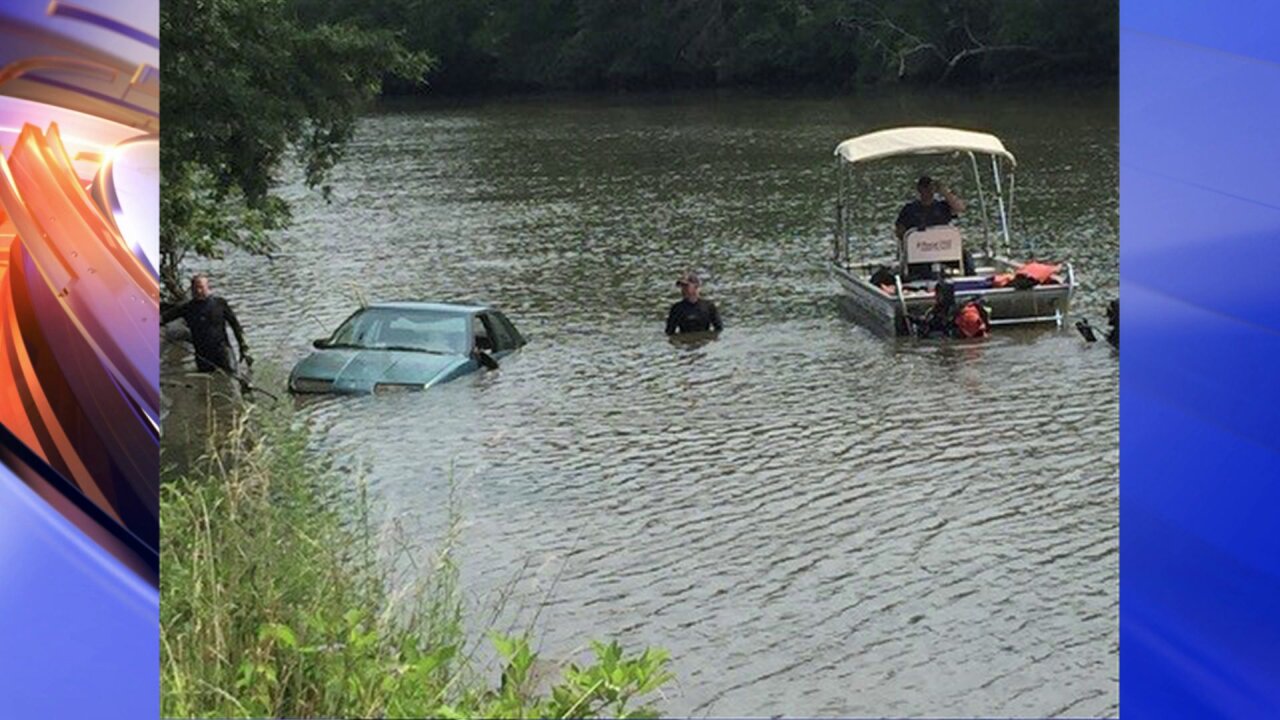 CHESTERFIELD COUNTY, Va. -- A teenager was taken into custody after police said he stole a car and drove it into the Appomattox River. The teenager is also accused of using the same car to commit another crime before plunged into the water.

A green Saturn was stolen by the 17 year old late Sunday night, police said. Shortly after, the teen crashed through the  double doors of a local convenience store, ran inside the store to grab some items and drove away, according to investigators.

The teen later drove to Chesterfield to pick up and friend and then drove to Colonial Heights to the Appomattox River.

"The car was put on the ramp and took a stick and lodged it in  the gas pedal and yanked it in gear and let it go into the river,"  said Dinwiddie County Sheriff's Investigator Joe Owen.

"It went out by the dock a little bit and then it went out in the river and they watched it sink," said Investigator Owen.

Jim Barker, a fisher at the Appomattox River and his grandson,  witnessed the entire crash.

"I'm glad the State Police got that out of here, cause you can't  leave something like that in the river, be a hazard to boating  and fishing and stuff," said Barker.