How combat veterans are coping with July Fourth fireworks 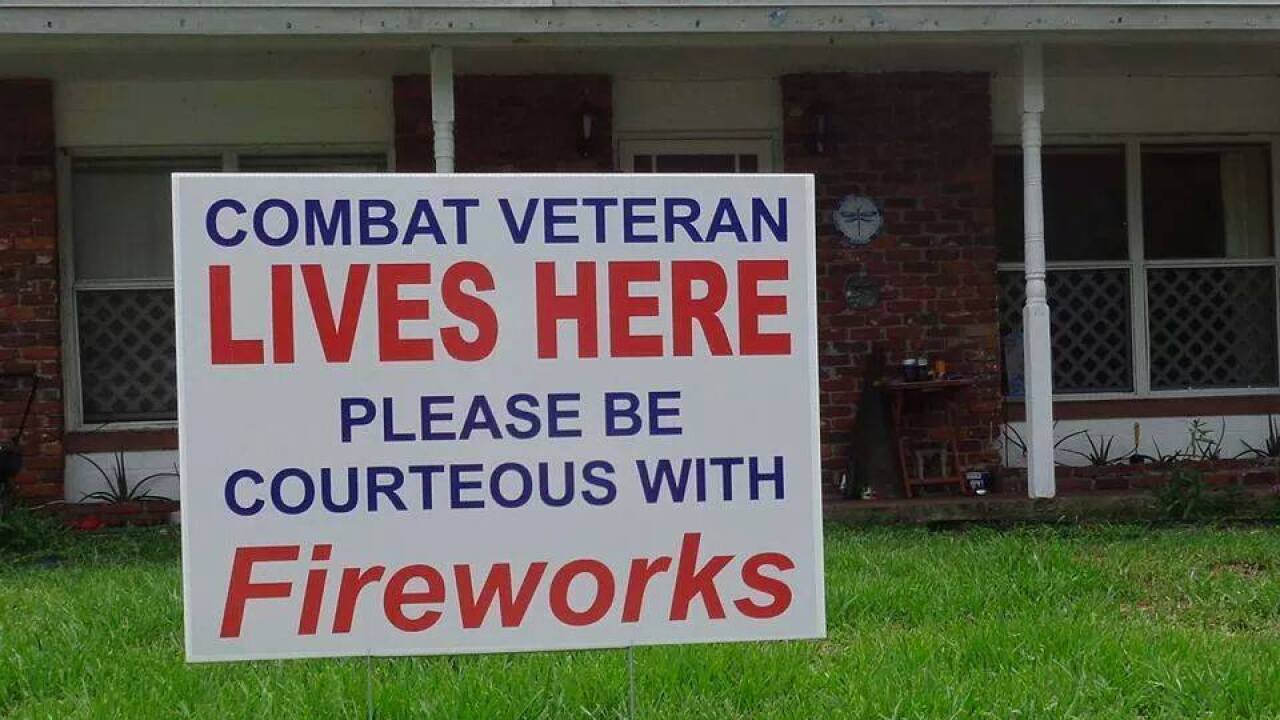 WASHINGTON — Independence Day is often celebrated with delicious food, family get-togethers and Fourth of July fireworks that light up the night. What some may not realize is that fireworks can be a source of stress for some veterans — and there’s a movement to make sure revelers realize it.

Loud noises that sound like gunfire and other explosive blasts can trigger post-traumatic stress disorder. The U.S. Department of Veteran Affairs estimates 11 percent to 20 percent of military members who have served in Iraq or Afghanistan suffer from the condition in a given year.

Shawn Gourley’s husband, Justin, served in the U.S. Navy from 2000 to 2004. When he returned home, she noticed a change in him. For five years, the couple struggled, searching for an answer. It wasn’t until 2009 that he was diagnosed with PTSD.

“What got me the most was no one told me what could happen, and I didn’t want to see another spouse go through that,” Gourley said. “If we can start talking about (PTSD) and help each other prepare, maybe they won’t make the same mistakes I did.”

She started a Facebook group, Military with PTSD, which eventually became a nonprofit.

Last year, on the Military with PTSD Facebook group, Gourley saw a member’s post showing a sign that asked neighbors to be courteous with fireworks due to his PTSD. The original poster did not want to attract media attention, but Gourley shared the idea and other members in the group loved it.

With the permission of the member, Gourley began to give the signs to other vets who wanted to post them on their lawns. Using donated money, she purchased 1,000 signs in May 2014 and assumed it would be more than enough.

By the end of June this year, Military with PTSD sent out 2,500 signs, and had 3,000 people still on the waiting list to receive one. Gourley was shocked by the popularity and will continue to provide signs in order to prepare for next year.

The signs are provided free to veterans, although some choose to pay the cost of shipping for their own sign and that of another veteran, about $15, Gourley said. Signs are paid for with donated money, and veterans can get on the list to receive one through the group’s website.

Some have questioned the wording of the signs, which read “Combat Veteran Lives Here” and “Please be courteous with fireworks.” It doesn’t mean that veterans don’t want neighbors to use fireworks, Gourley said, but rather, they just want a warning that they’re coming.

“I think people wonder how you can be courteous with fireworks. It’s not like you can make them quieter,” Gourley chuckled. “No veteran that served the United States wants to take a freedom away from people, especially fireworks, which represent freedom. They don’t want them to stop. What they’re asking for is for people to give them a heads up.”

This is particularly important if neighbors plan to use fireworks on the dates around July 4. Gourley said that vets make necessary preparations for Independence Day, but they shouldn’t have to hide for weeks in order to avoid hearing random fireworks — a factor that disturbs them and affects their families.

Veterans’ stressful reactions might not be triggered by fireworks themselves, but by the surprise of a loud noise. Gourley said one veteran shared that a neighbor warned about upcoming fireworks and invited the vet to the show. The vet happily accepted and is excited to join in.

“What I took from that is that, wow, he has this connection that he hasn’t felt since he’s come home,” she said. “It makes him want to get involved and he doesn’t feel the need to isolate, which I think is amazing.”

She hopes Military with PTSD can help veterans suffering from PTSD and family members, as well as community members who might not know how to react to what veterans are going through.