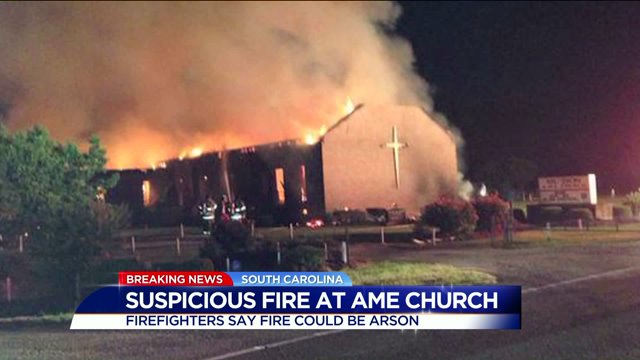 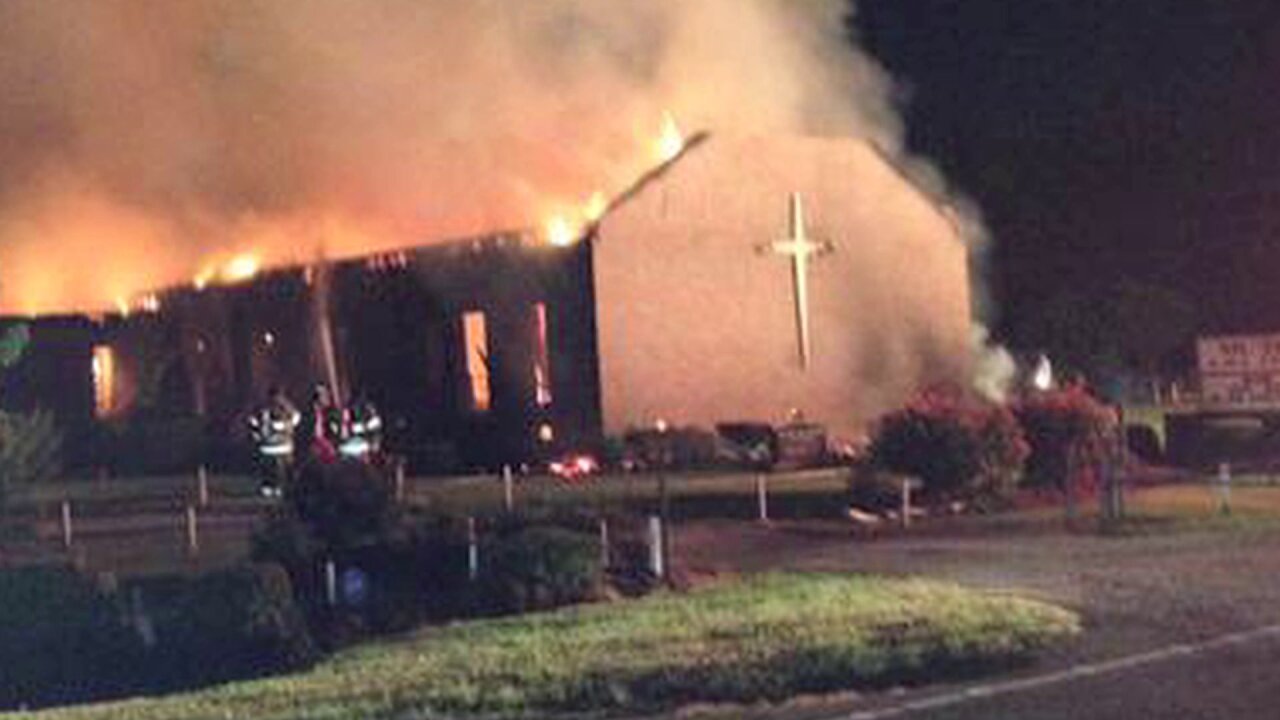 GREELEYVILLE, South Carolina -- A fire broke out at the Mt. Zion African Methodist Episcopal Church in Greeleyville, South Carolina, on Tuesday. Up to 50 firefighters fought to extinguish the blaze, a fire official said. As yet, authorities do not know what caused it, said Williamsburg County Fire Chief Randy Swinton.

The local sheriff, local police and the South Carolina Law Enforcement Division have also responded to the fire at the traditionally black church.

The FBI and five agents from the Bureau of Alcohol, Tobacco, Firearms and Explosives are also investigating, said ATF Special Agent Tom Mangan.

"Anytime there is a house of worship involved in a fire, ATF is automatically assigned to look into the cause," he said.

The church's previous structure burned in 1995 as a result of hate-motivated arson during a spate of about 30 fires that swept black churches in Southern states at the time. Members of the Ku Klux Klan were responsible for that attack, Mangan said.

Then President Bill Clinton spoke at the new church structure in 1996 days before its official dedication to call for racial unity in the United States.

Greeleyville is small town in rural Williamsburg County in the eastern part of the state.

Senior Bishop John Bryant of AME's national headquarters said Tuesday night's fire "will not send us into despair or depression. As Christians, we are a people of resurrection and even from the ashes we will rise."

A racially motivated shooting in the Emanuel African Methodist Episcopal Church in Charleston earlier this month triggered an outpouring sympathy and outrage throughout the country.

Since that shooting, at least six black churches have burned in the southeastern United States. Investigators have said that there has been no evidence these were hate crimes, nor that they were linked. Two of them may have been the result of arson.

Since the Charleston shooting, the most recent religious targets of hate crimes have been Jewish synagogues and Islamic mosques, the Southern Poverty Law Center said.