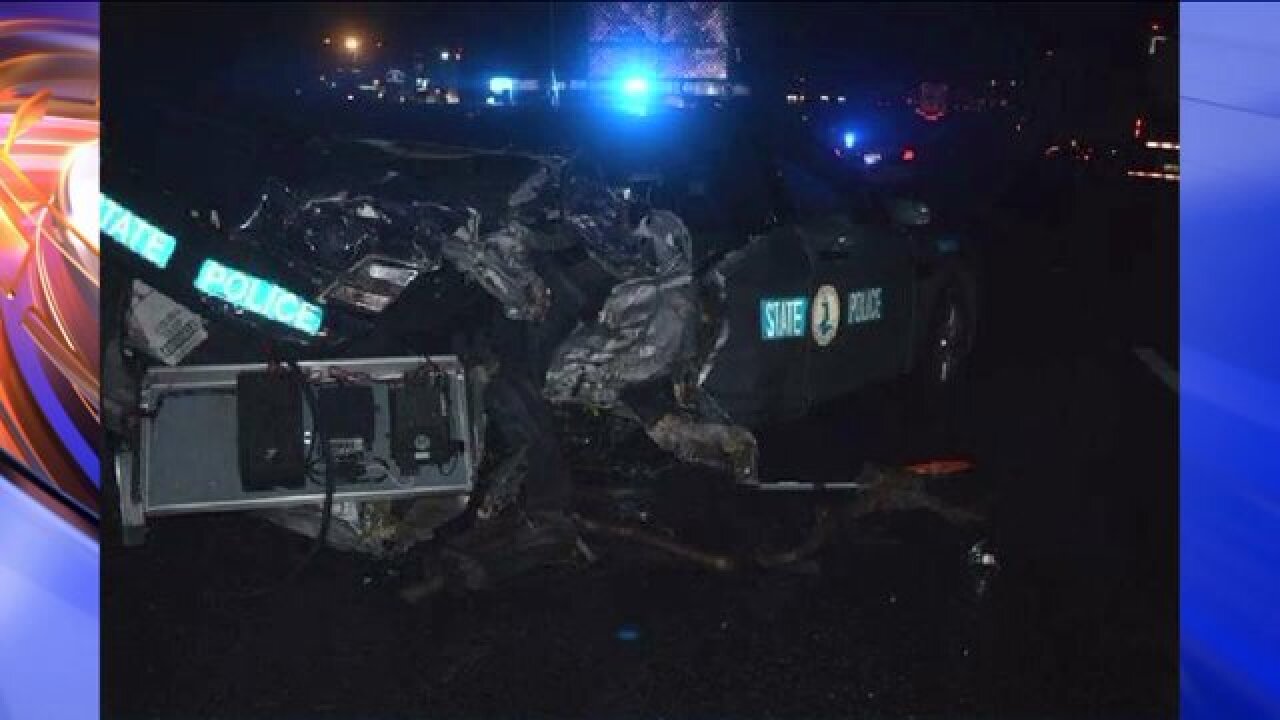 CAROLINE COUNTY, Va. -  Virginia State Trooper A.L Benner, was rushed to the hospital in serious condition Wednesday morning after he was struck by a tractor trailer on Interstate 95 near Ladysmith. The injured trooper, along with two other troopers, were directing traffic around high water at about 1:18 a.m. when a southbound tractor trailer slammed into their cruisers, according to Virginia State Police spokesman Sgt. Steve Vick.

It was unclear whether the injured trooper was inside or outside of the cruiser at the time of the crash. The cars did have their blue lights flashing, Vick added. 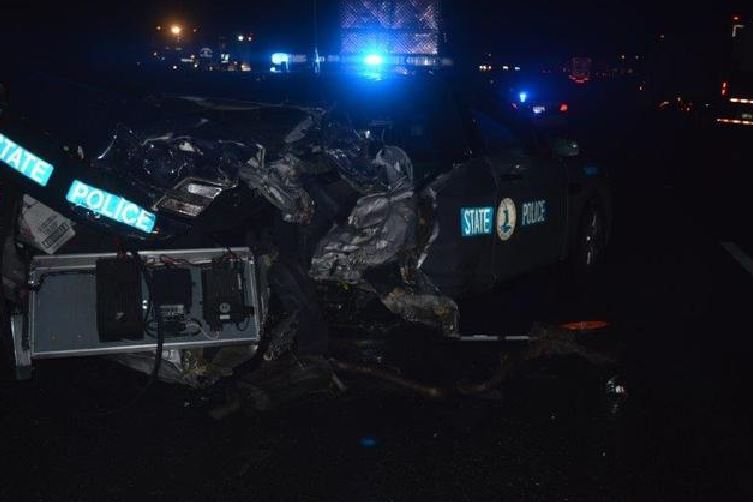 Two lanes of Interstate 95 south were shutdown following the accident. The lanes reopened at around 6 a.m. Anyone with additional information can submit a tip here.

CBS 6 went back out to the scene of the accident and talked with truck drivers who said they pulled off the highway and pulled into the rest stop right before the accident.

Tractor Trailer driver, Jeremy Catron explained, "Tuesday night, there was a really bad storm coming through and we were out on the interstate doing about 25 miles an hour and there were cars cutting us off and it just seemed safer for us to pull in here spend the night wait for the storm to pass and then head on out."

Catron went on to say, navigating a tractor trailer through a storm can be dangerous.

"My truck could weigh as much as 80 thousand pounds and I'm going 65 miles an hour so it is going to take me a football field to stop.  And if the roads are wet it can be even worse, my trailer can loose traction and spin around on me and take the whole interstate."