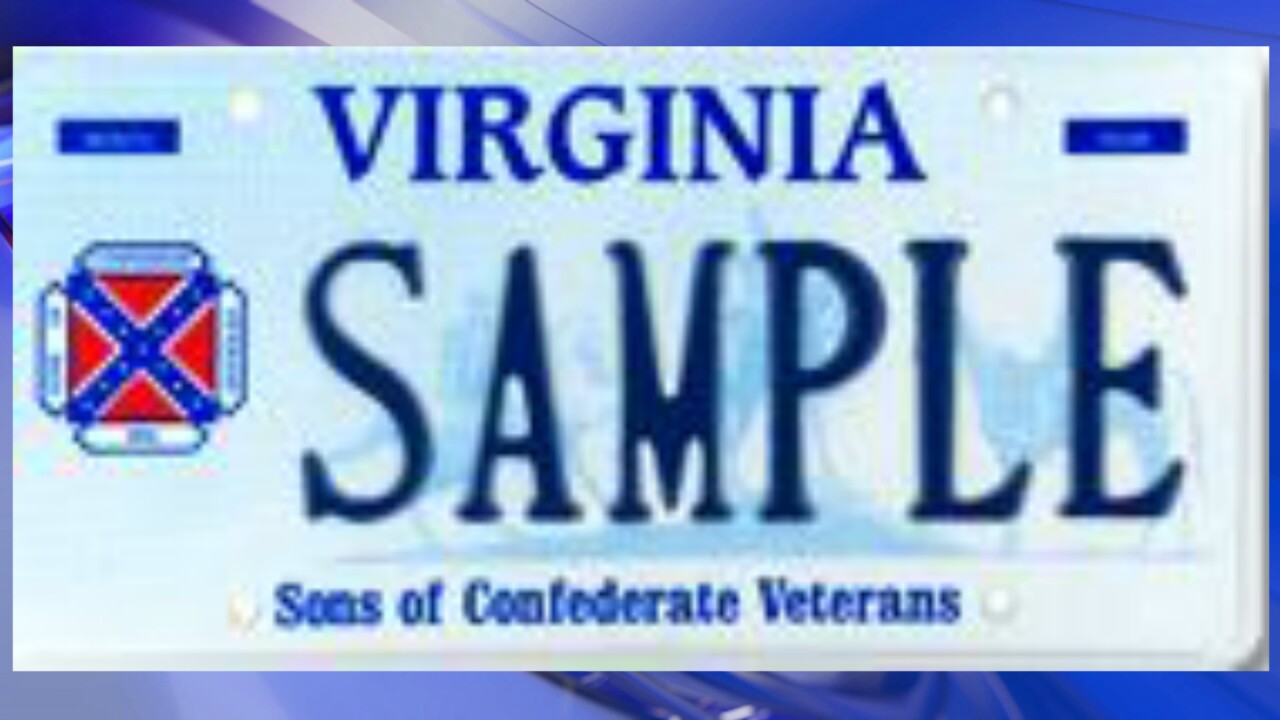 RICHMOND, Va. -- Virginia Governor Terry McAuliffe has ordered the Confederate flag removed from Virginia state license plates. The flag is displayed on a specialty plate designed for the Sons of Confederate Veterans. The governor's announcement came in the wake of a U.S. Supreme Court ruling that the state of Texas was allowed to reject a license plate design that featured a Confederate battle flag and the removal of the flag from the South Carolina statehouse grounds following last week's fatal shootings at am African-American church in Charleston.

"As [South Carolina] Governor Haley said yesterday, her state can ill afford to let this symbol continue to divide the people of South Carolina. I believe the same is true here in Virginia. Although the battle flag is not flown here on Capitol Square, it has been the subject of considerable controversy, and it divides many of our people," Governor Terry McAuliffe said. "Even its display on state issued license tags is, in my view, unnecessarily divisive and hurtful to too many of our people. As you all know, I have spent the past 17 months working to build a new Virginia economy that is more open and welcoming to everyone. Removing this symbol from our state-issued license plates will be another step toward realizing that goal."

McAuliffe said he has asked the Attorney General’s office to "take steps to reverse the prior Court ruling that requires the Confederate flag be placed on state license plates." He also told the Secretary of Transportation to "develop a plan for replacing the currently-issued plates as quickly as possible."

"These steps will, I hope, make clear that this Commonwealth does not support the display of the Confederate battle flag or the message it sends to the rest of the world," McAuliffe said.

There are currently 1,594 Sons of Confederate Veterans license plates in Virginia, according to the Department of Motor Vehicles. The DMV was not yet clear on what to tell drivers who currently use the plate that displays the Confederate flag.

"We've had this same symbol for over a hundred years," Bragg Simmons said.

Simmons was one of the first in Virginia to request the Sons of Confederacy License plate to honor relatives who fought in the war.

"I don't like this," Simmons added. "I think we should be able to celebrate our heritage."

The Virginia Flaggers released this statement in response to Governor McAuliffe's decision.

"We call on the Governor to retract this divisive proposal, end the discriminatory assault against Virginia’s rich Confederate history and heritage, and allow all of the Commonwealth’s citizens the opportunity to honor their ancestors, heritage, and celebrate their culture without prejudice. "