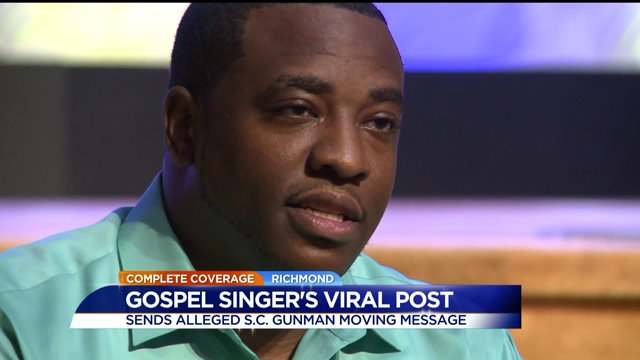 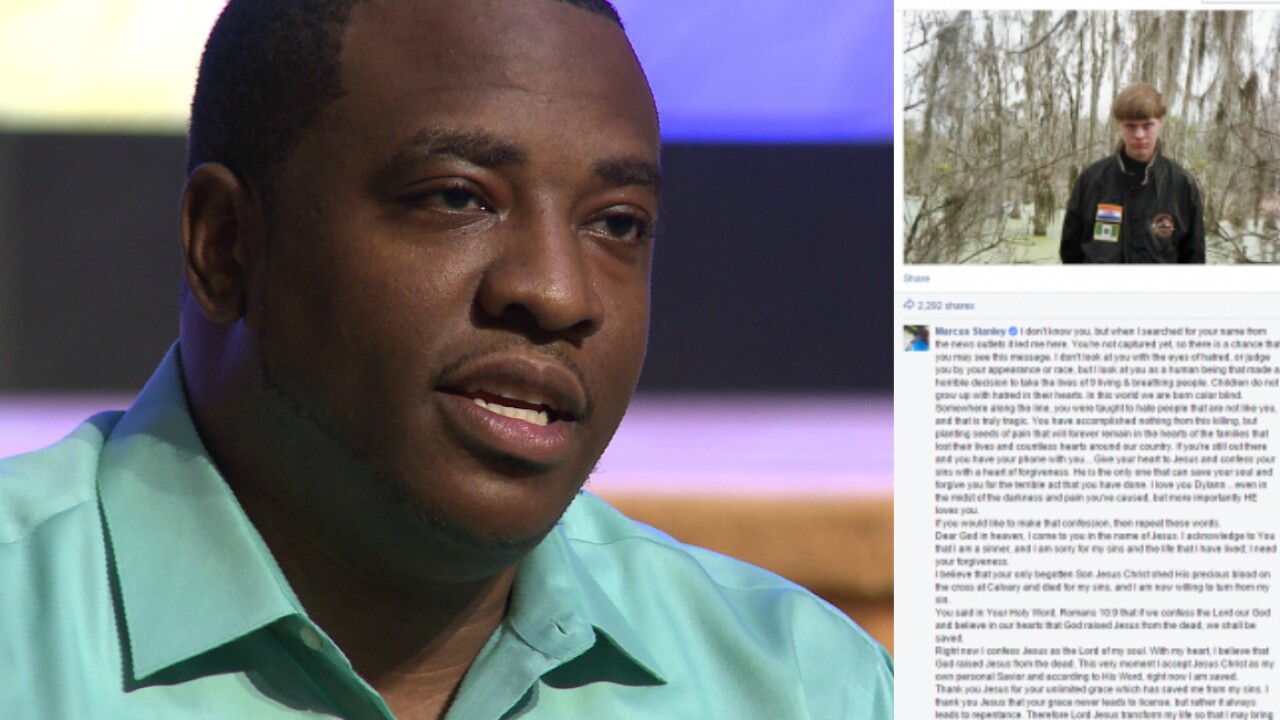 HENRICO COUNTY, Va. -- Noted Gospel musician Marcus Stanley called 'Amazing Grace' his favorite song because it reminded him of God’s love for him. Stanley said it was that love that propelled him to write a now viral Facebook post to Dylann Roof. He posted the message while Roof was on the run after allegedly murdering nine people at a Charleston, South Carolina church.

“I was only able to approach it that way because of God leading me on what to say to him," Marcus said.

Years ago, the Henrico man was shot eight times at point blank range by a gang member and was left to die. Stanley said his own story of survival is a testimony to what he knows God can do. He said he believed God can bring healing to the families in Charleston who lost loved ones. That’s why Marcus, his wife April and their New Life Outreach International church family have been praying for Charleston.

“Words cannot express how painful it is. My heart goes out to the families for the terrible act against their loved ones," Marcus explained.

He said he prayed his words posted on Roof’s Facebook page would reach the suspected killer. Reading from the passage he posted, Marcus encouraged the suspected shooter to take responsibility for the shooting and try to make amends with God.

Give your heart to Jesus and confess your sins with a heart of forgiveness. He is the only one that can save your soul and forgive you for the terrible acts you've done. I love you Dylan, even in the midst of darkness and pain you've caused.

Stanley said he knew his message was something many people would not understand.

“Instead of attacking, I said let me reach out to him in love. He still has to face the consequences of the law and I’m not denying that, but what I was trying to do was save his soul,” Marcus said.

The Henrico man said he knew about the power of forgiveness and what it meant for his life after his near death experience. He acknowledged it was a grueling process.

“I don't expect the people affected by this tragedy to act like everything's perfect. It’s a process. There will be tears and there will be laughs and good memories. It’s a healing process. It took me six years to forgive the shooter who shot me " Marcus explained.

He encouraged the Charleston community to hold to its faith, cling to each other with love and to value life more.