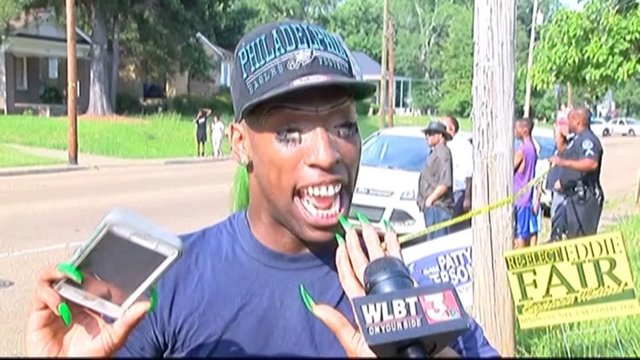 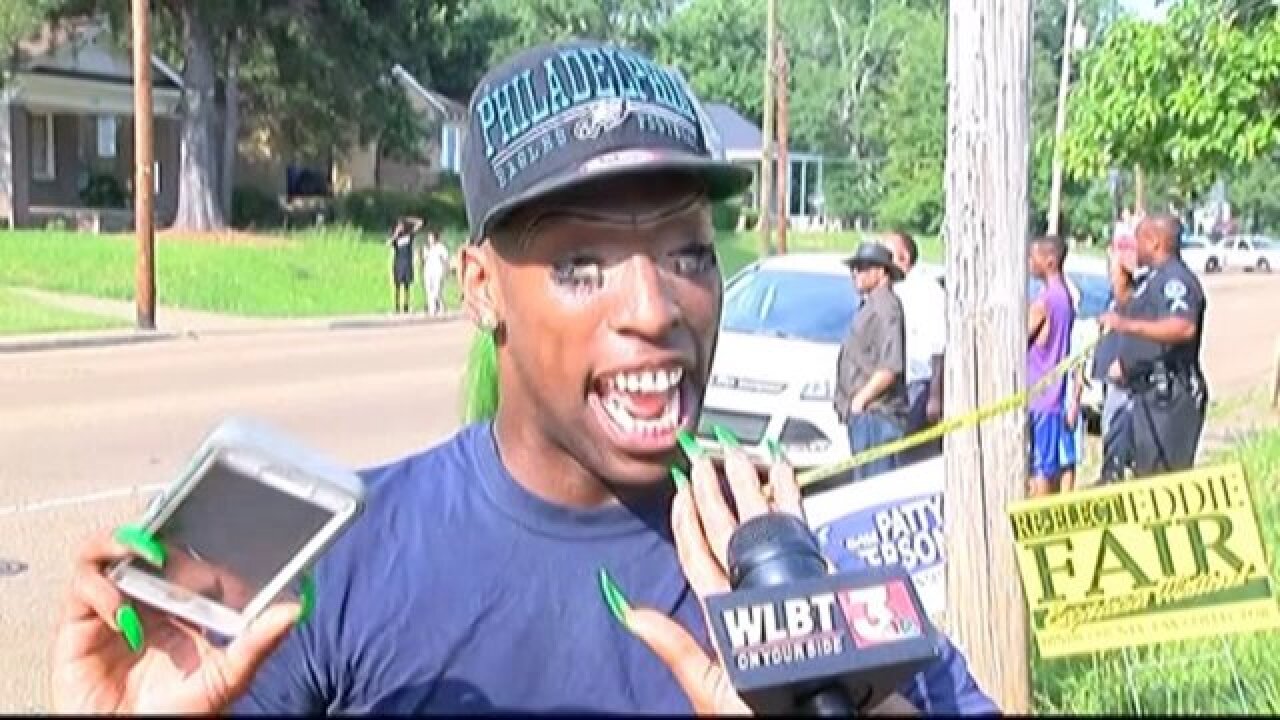 JACKSON, Mississippi - An eyewitness' description of an accident involving a police car has gone viral after a Mississippi television station posted it on Facebook. The video, posted on WLBT's Facebook page has been viewed more than 6 million times.

The eyewitness was identified in several articles as former So You Think You Can Dance contestant Courtney Barnes. The green-haired Barnes gave a highly animated description of what he saw to local reporters covering Monday's accident.

"What I seen was a horrible, tragic situation," Barnes began. "I guess the police was trying to do a stop and the man said 'no, not today.' And they began to race behind each other like cats and dogs."

Barnes said the officer lost control of his cruiser and slammed into a utility pole.

"The police car just twist around like a tornado girl," Barnes continued. "The Lord just shook it up and the man got injured. Now the result is this police officer, I don't know if his life going to continue to make it or if he's just going to tap out."

WLBT would later the report the officer is expected to recover from the crash.