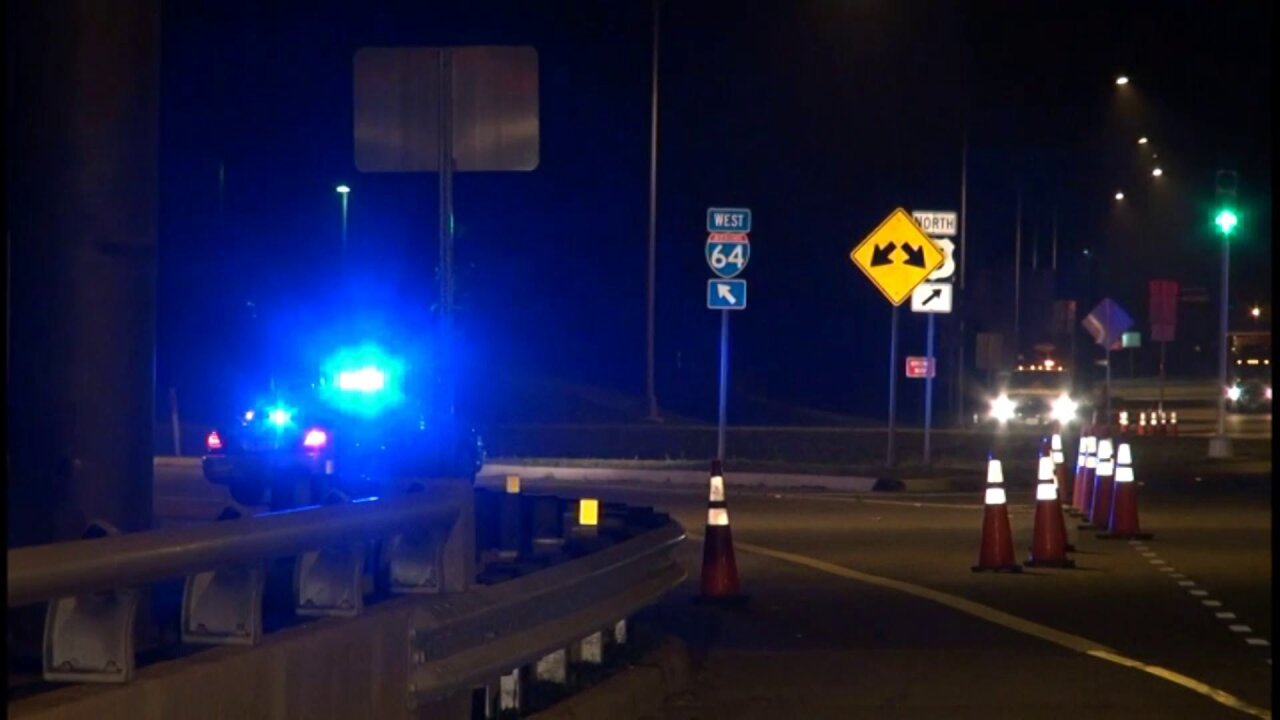 LOUISA COUNTY, Va. — A wrong-way driver was killed and two people injured in a multi-vehicle accident on Interstate 64 west in Louisa early Thursday morning, according to Virginia State Police. The westbound lanes of Interstate 64 at the Zion Crossroads exit (mile marker 136) remained closed until about 8 a.m.

ALL LANES CLOSED in Louisa I-64 west near Zion Crossroads due to a tractor trailer crash. Traffic rerouted. @CBS6 pic.twitter.com/SxovgBxLZ9

The initial crash was reported at about 12:13 a.m. when the wrong-way driver of a 1992 Toyota collided head-on with another vehicle.

“The driver of the 1992 Toyota Camry, Katrina N. Chambers, 24, of Charlottesville, died at the scene, she was wearing a seatbelt,” Virginia State Police spokesman Sgt. Steve Vick said. “The driver and passenger of the 2007 Chevrolet Avalanche were taken to UVA hospital with serious injuries.”

Additionally, another crash involving three tractor-trailers and a car happened in the same area just after 1 a.m.

While no one was hurt in the second crash, one of the tractor trailer trucks overturned and spilled debris all over the road. Traffic was rerouted off the interstate in that area.

Police have not yet identified the driver who was killed in the crash. This is a developing story. Anyone with additional information to add can submit a news tip here.