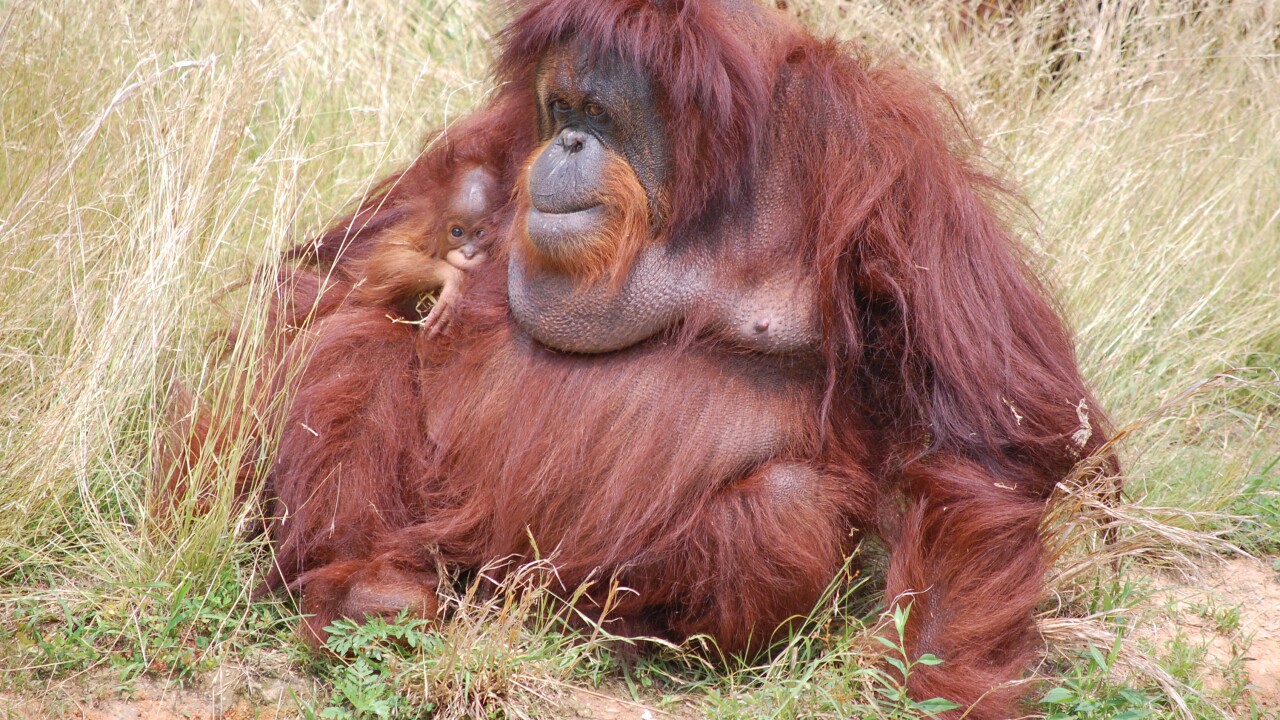 RJ haning onto his mother, Tasha.

RJ weighed four pounds when he was born.

RJ, named after his father, weighed approximately 4 pounds at birth, a healthy normal weight.
During the cooler months, Tasha and RJ spent their time in their indoor enclosure, according to Head Zookeeper Jim Andelin.
Since the weather has been warmer, RJ has become more mobile, enjoys his time outside with his mother and father, and can be seen each day.
Andelin pointed out how little RJ grips onto Tasha. Mother apes and monkeys typically do not hold onto their young; the babies are responsible for hanging on.
There are now six orangutans at the Metro Zoo.
Next time you visit, impress everyone by pronouncing Orangutan the right way. Andelin said it is pronounced oranguTAN, not TANG.
They are classified as apes, not monkeys. Female orangutans usually only have a baby every seven to eight years and will closely nurture their young for the first four years of their life.
Excerpt