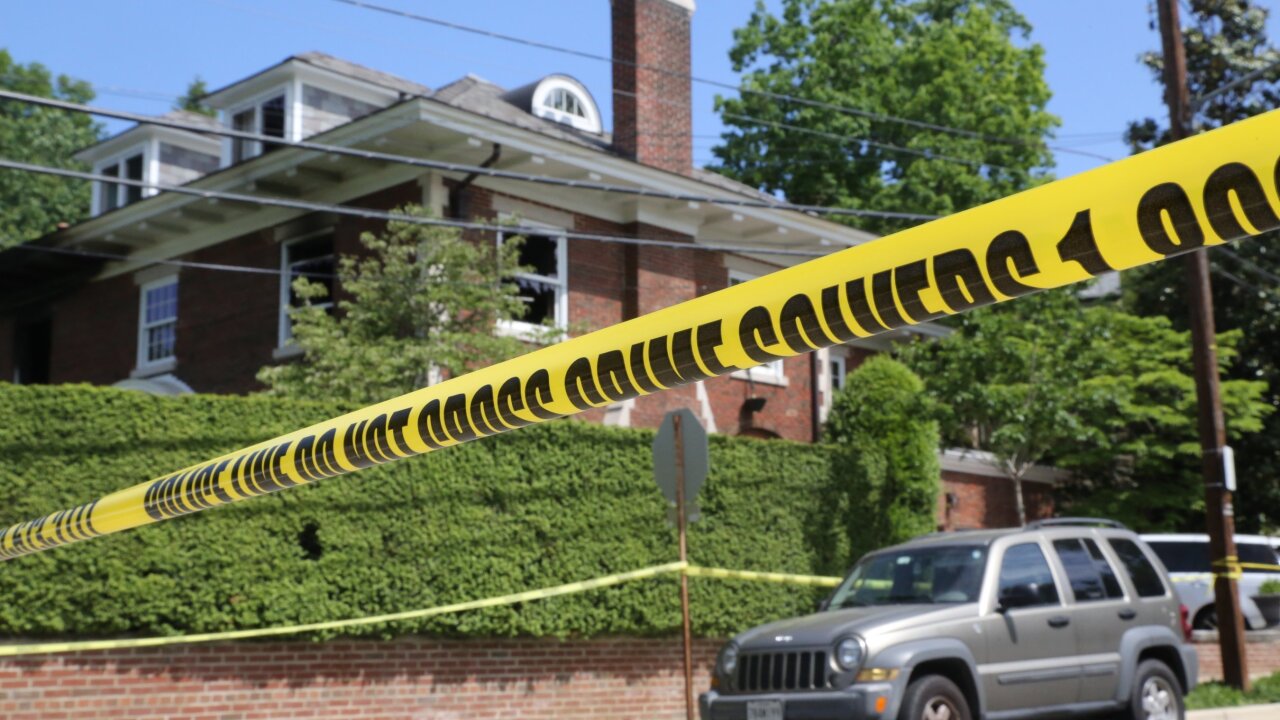 Four people died in a house fire near Vice President Joe Biden’s home in Washington, D.C. on Thursday afternoon, and the police are still searching for the reason why.

WASHINGTON — The 10-year-old victim in the quadruple homicide at a D.C. mansion last month was strangled in addition to being beaten, stabbed and burned, a law enforcement official tells CNN.

Newly released court documents associated with the home where Savvas, Amy and their 10-year-old son Philip Savopoulos, as well as their housekeeper Veralicia Figueroa were found dead last month, show Philip had apparent trauma to the back of his head.

A search warrant and accompanying affidavit were unsealed on Wednesday, revealing “a baseball bat with what appeared to be blood on it” were found in one of the rooms at the scene of the crime. The law enforcement source says, however, that it’s unclear whether that was from the bloody baseball bat disclosed in the search warrant.

Earlier this month, law enforcement officials arrested Darron Dellon Dennis Wint and charged him with first-degree murder in the case.

While he remains the lone suspect, police say they believe he had help, and the law enforcement official says investigators are still going through phone records and texts trying to pin down who else may have been involved.

Four people died in a house fire near Vice President Joe Biden’s home in Washington, D.C. on Thursday afternoon, and the police are still searching for the reason why.

In particular, police continue to look at two women who purchased money orders with money believed to be from $40,000 dropped off to the home while the victims were being held hostage, according to the source.

That money was intended for a martial arts center Savopoulos planned to open in Virginia, and was delivered by Savopoulos’ assistant to the house the day the murders took place.

A separate law enforcement official says investigators have been perplexed as to why the assistant changed his story multiple times, but at this point investigators don’t believe he was complicit in the crime. The official cautioned, however, that a conclusion about that has not been reached.

There are multiple search warrants related to the case that have not been unsealed, according to the source, an indication authorities are trying to keep a close hold on the information and leads they have.

A law enforcement official tells CNN that a grand jury has convened in this case and some of Wint’s family members have been subpoenaed.

While many questions surrounding the motives and actors in the quadruple homicide remain, a slow trickle of information from those court documents that have been unsealed and law enforcement officials have helped fill out some of the details in the weeks since the grisly May 14 event.

One week after a prominent Washington couple, their son and housekeeper were found dead in a charred mansion, authorities arrested a suspect in the killings after tracking him from New York back to the nation’s capital.

The search warrant and accompanying affidavit associated with the case that was unsealed Wednesday painted a gruesome picture of the crime scene.

Also in the same room was a third “unknown individual, who was receiving CPR, was transported to a local hospital,” a description that matches the outcome for housekeeper Figueroa, who died after being rushed to the hospital.

In the room with the three adults, detectives found “a baseball bat with what appeared to be blood on it.”

In another bedroom on the second floor — where Johnson writes that the fire “appeared to have been ignited” — detectives found “an adult individual (gender unknown) suffering from severe fire damage” to the body.

Previously unsealed court documents revealed that to be the family’s 10-year-old son, Philip, whose body was found on the charred remains of a queen-sized bed in a bedroom on the second floor.

Authorities have said they believe the four victims were held hostage, beaten and stabbed to death, after which the Savopoulos family’s $4.5 million mansion was set ablaze.