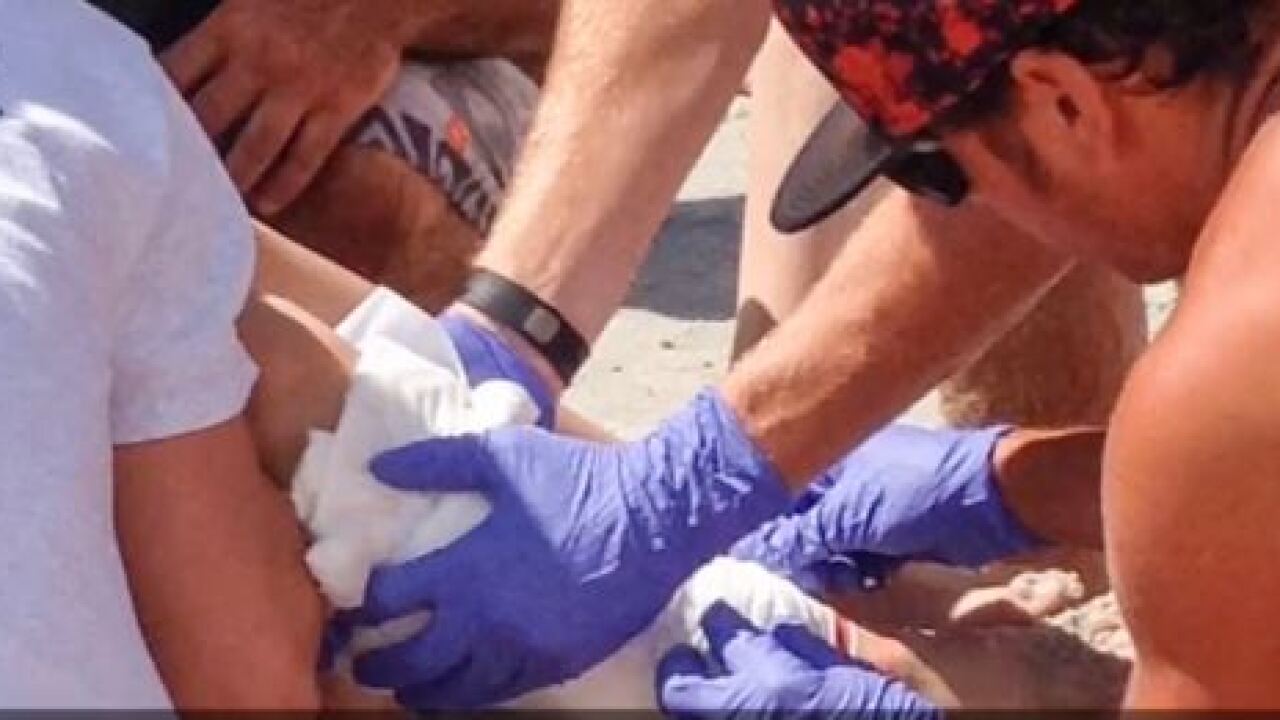 COCOA BEACH, Florida – A dip in the ocean at Cocoa Beach, Florida, turned menacing Sunday for a 10-year-old  Winter Springs boy who was bitten by a shark as he waded in waist-high water with his mother.

Lifeguards came to the rescue when they saw the boy struggling in the water Sunday morning, carried him to the shore and provided emergency care after realizing a shark bit him, Brevard County, Florida, Ocean Rescue Assistant Chief Eisen Witcher told CNN.

The boy suffered a severe bite on his calf and was flown to a trauma hospital in Orlando due to the severity of the injury, Witcher said.

“It was definitely one of the worst ones that we’ve seen in our area that we’ve responded to, mainly because of the size of the bite,” Witcher said.

He said the animal that injured the boy may have been a juvenile bull shark.

The beach was closed for about an hour, Brevard County spokesman Don Walker told CNN.

Brevard officials have responded to about 10 shark bites this year, Witcher said.