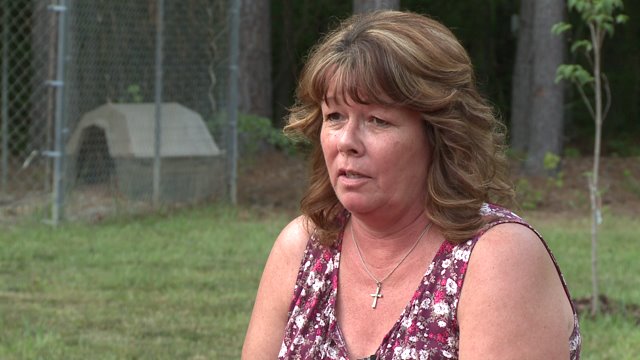 Photojournalist Dustin Kelley offers more of reporter Joe St. George`s interview with Allison Marks, who claims her beloved golden retriever died after being left in a drying cage at Petco. 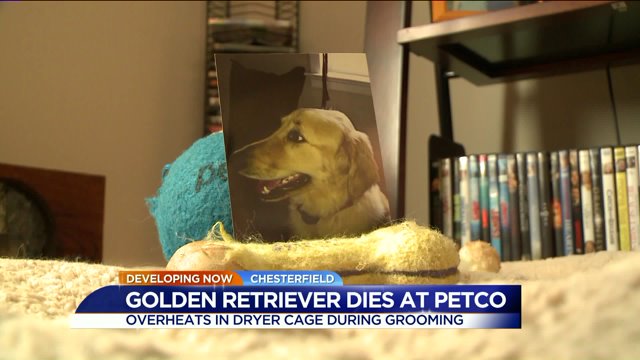 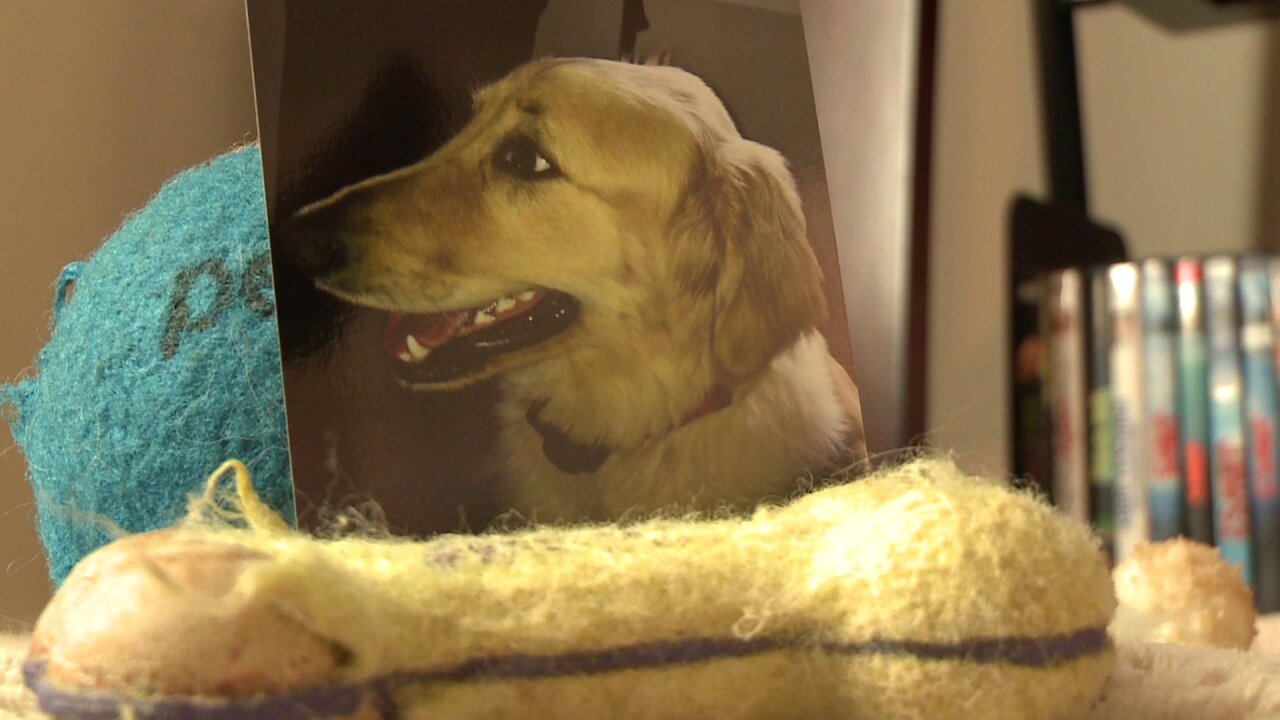 POWHATAN COUNTY, Va. – A Powhatan family blames human error by a groomer at Petco for their young dog’s tragic death. Family members said Allison Marks dropped Colby, a two-year-old golden retriever, off at the Petco at Westchester Commons in Chesterfield County Friday. Relatives said Colby had no health problems and was scheduled for a routine grooming.

Melody Newman, whose mother’s dog died, said the family is still in “complete shock” over what happened.

“My sister had called and she told me what had happened and I was like, ‘Are you serious?’”  Newman said. “Colby was a very playful puppy. He just turned two in February. He was so playful.”

"It's empty. The house is empty," Allison Marks said as a photo of Colby and some of his bones and toys offer reminders of his short, but meaningful time he spent with his owner.

Marks called Friday the worst day of her life since her husband's death.

“He was my shadow. He followed me everywhere,” Marks said. “He was my next soul mate.”

“He's been going there since he was a puppy,” Marks said during an interview from her backyard Sunday evening not far from her beloved pet’s doghouse.

That doghouse now sits empty, a lingering reminder of the loss of what she described as the “sweetest dog” who did not have “a mean bone in his body.”

According to Marks, when she had not heard back from Petco after a couple of hours after she dropped off her dog, she called the store. That's when she was told to meet the store’s assistant manager at an area animal hospital. When she arrived, she said Petco’s assistant manager told her Colby was accidentally left in a heated drying cage for too long.

“This is her exact words: your groomer had to go because she had a graduation to go to,” Marks said.

The veterinarian told her Colby likely died of heat stroke. In fact, she said she was told that more than an hour after Colby's death, the dog's internal temperature still registered more than 105 degrees.

Marks said Petco's corporate office reassured her that the drying cages cut off after 15 minutes.

“I said, Well, if they cut off after 15 minutes, how come his temperature is still so high?’” she said.

“You could clearly see he was dead. His eyes were glazed over and stuff. And I just said, ‘Is he dead?’ And they said, ‘Yes, he’s passed on.’ And… that was the worst day ever.”

Marks added that Petco's management team was very kind during the ordeal. In fact, she said the assistant manager was weeping along with her at the vet's office.

SHARE this story on social media to SPREAD the word.

"All of us at Petco are heartbroken by Colby’s passing. The health and safety of pets is always our top priority and we take full responsibility for all animals under our care. We are taking immediate action to investigate and understand the situation. Our thoughts are with Colby's family at this difficult time."

At the Petco location where this allegedly happened, customers were horrified.

Ruth Sangiuliano said after hearing the allegations she does not think she can bring her pup back to Petco.

“I don't think so, because I love him like a child and if anything happens to him I would be really sad,” Sangiuliano said.

Now that the reality of the situation is sinking in, Marks said she wants to press charges.

And while Chesterfield Animal Control is investigating the incident, she said her primary concern is sharing Colby's story so that no other pet owner has to cope with such a preventable tragedy.

Marks said Colby's death has left an irreplaceable void and that her home feels empty without her baby.

“You can't replace a dog like that. He was the most lovable dog ever," she said. "It sickens me that they can let something like this happen. How could he not suffer? He was in a cage for God knows how long.”

Depend on WTVR.com and CBS 6 News for continuing coverage of this story.

Marks' first shared the sad news on her Facebook page Friday at 5:41 p.m.

"I will love you forever and always, My sweet sweet Colby Jack RIP," she wrote.

After her post, folks from all over Central Virginia -- and the nation -- began sharing the story.

Multiple viewers contacted WTVR CBS 6 Sunday about the story. One woman had seen the story posted in a Facebook group about yard sales.

"This story has been shared a bunch of times now. I figured Channel 6 can get to the bottom of it faster than anyone!" Tiffany McGuire wrote.

McGuire said after she read the story in the Facebook group she decided it was worth a share.

The post she shared was from a Wendy Sitko, whose status indicated she was heartbroken over what she said happened to her mother's dog. In posting the story, she said she hoped her friends and family members would "beware" about taking their pets to the groomers.