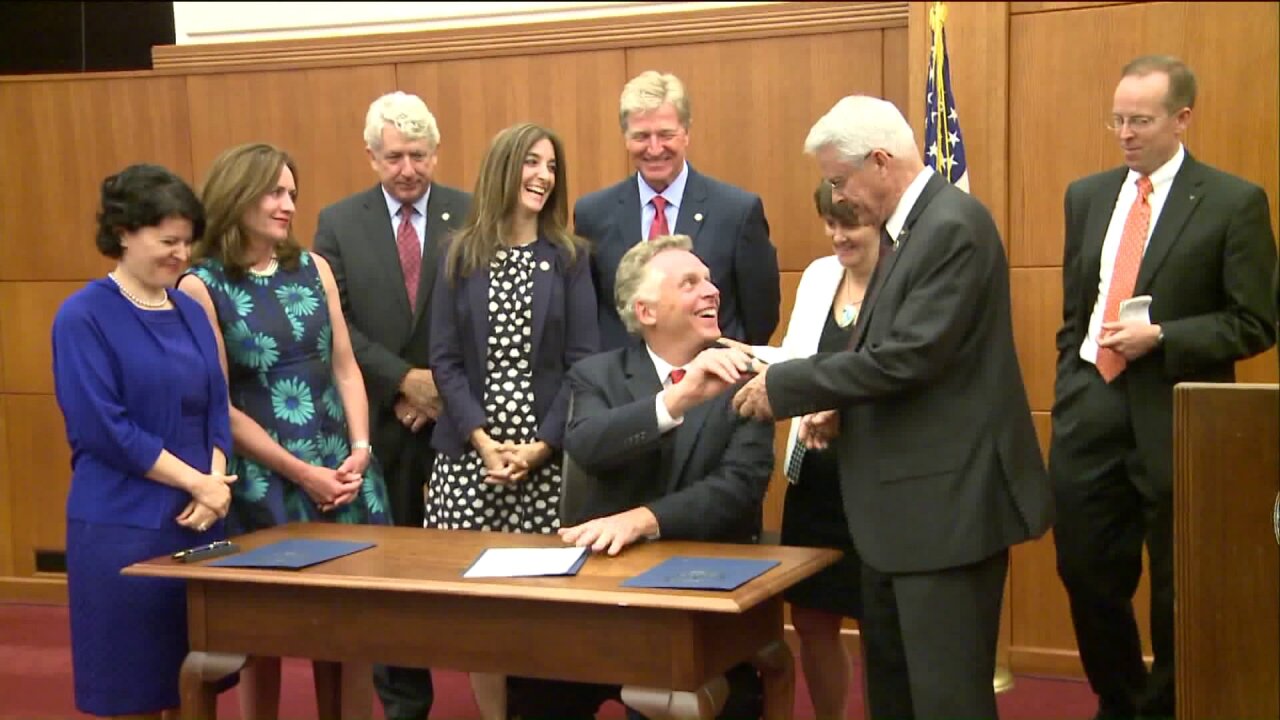 The Harringtons' daughter, Morgan, was abducted after leaving a concert on the University of Virginia campus in 2009. She was later found murdered.

"Unfortunately, there have been a critical mass of young women in our commonwealth who have been sexually assaulted and murdered and its woken people up," Gil Harrington, said.

Murphy's 17-year-old niece, Alexis, was also kidnapped and killed, but her body still hasn't been found.

"It's crucial to help save other young women," Murphy said about the legislation.

Among them: The creation of sexual assault response teams at all colleges and universities, efforts to improve and increase reporting options and a requirement that physical evidence recovery kits be retained for at least two years.

The non-profit Virginia 21, which focuses on issues effecting college students, had pushed for that change since PERKs are currently destroyed after 120 days.

"It can take up to four years for sexual assault cases to come about, but only after 4 months is evidence ruined, so therefore it makes it a lot harder to get justice for the victim," Laura Bryant, a VCU sophomore and Virginia 21 Chapter President, said.

Bryant said the changes make her feel safer on campus.

"I just want, if this happens to me, that justice will be served," Bryant, said.