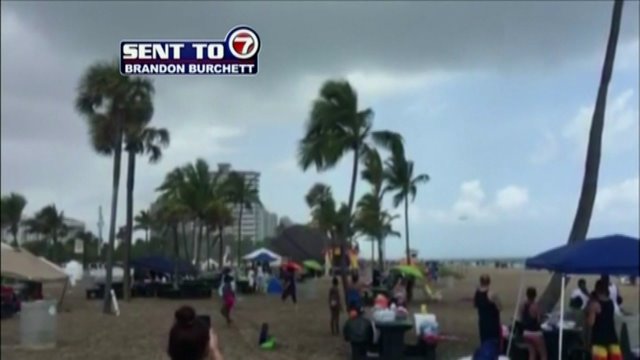 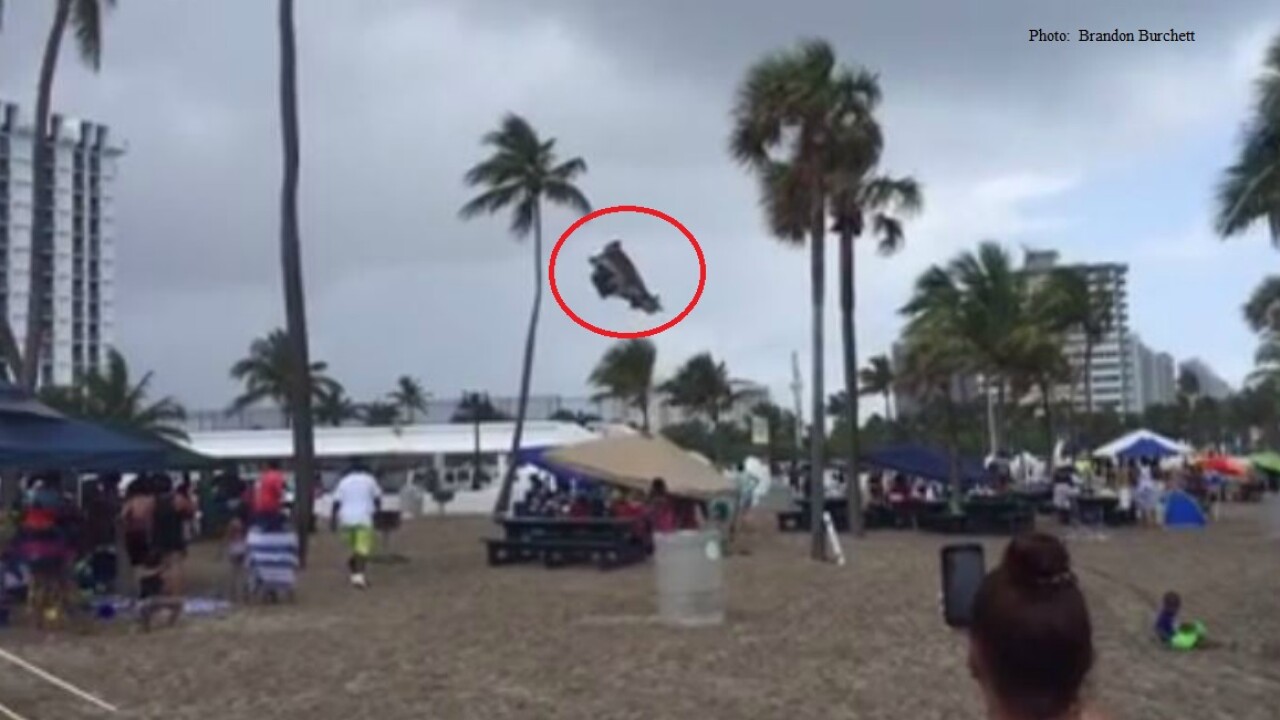 FORT LAUDERDALE, Fla. -- Three children were injured on Monday when a waterspout came onshore and lifted the inflatable bounce house they were in, authorities said.

The house was swept across a parking lot into a roadway, according to police in Fort Lauderdale, Florida. The National Weather Service in Miami reported that one adult was also injured and that one of the three children was seriously hurt.

Injuries in bounce houses are not uncommon.

Two boys from upstate New York were seriously injured last year after falling nearly two stories when a gust of wind swept up the house in which they were playing.

A study by Dr. Gary Smith of the Nationwide Children's Hospital in Columbus, Ohio, found that the number of bounce house-related injuries rose 1,500% from 1995 to 2010.

From 2008 to 2010, the rate of injuries more than doubled, according to the study, which was published in the journal Pediatrics in 2012.

In 2010, 31 children were treated in emergency departments each day on average, according to the report. "That's about one child every 45 minutes," Smith, who is the director of the Center for Injury Research and Policy at Nationwide Children's Hospital, said at the time.

Warning: The language used in the video may not be appropriate for all audiences.