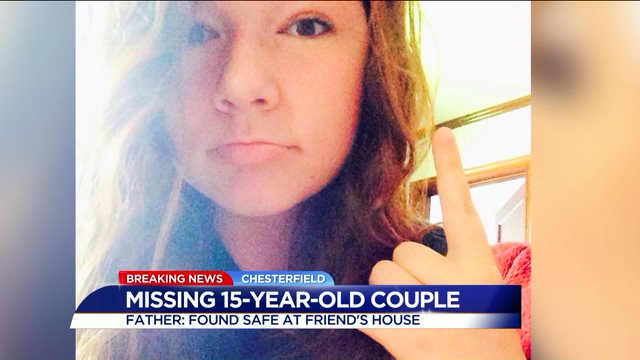 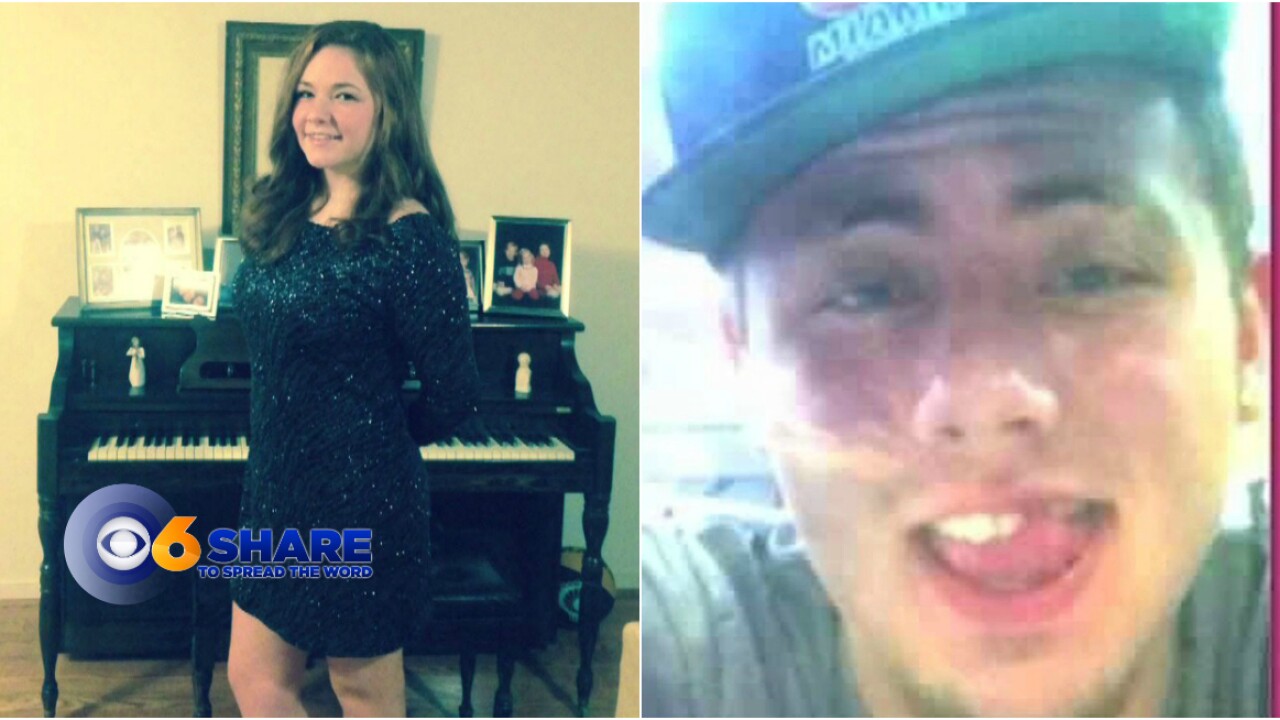 UPDATE: Madison Bratcher's father says his daughter, Madison, and her boyfriend, Dylan Piner, are safe at a friend's house in Chesterfield Monday evening.

Scott Bratcher, who thanked everyone who shared the story on social media, credited the coverage with prompting the pair to call home.

Chesterfield police, who could not confirm the teens had been located, said Piner is facing runaway and unauthorized use of a vehicle charges. Stay with WTVR.com for updates on this story.

Just got off the phone with Madison Bratcher's family. She and Dylan have been found and are safe. @CBS6

Bratcher family wants to thank everyone who shared the story. The pair apparently saw our report and contacted family @CBS6

CHESTERFIELD COUNTY, Va. --Madison Bratcher, 15, and Dylan Piner, 15, of Chesterfield County, have not been seen by their family since early Friday morning. Their parents believe the teenage couple ran away together. Police are now involved in the search for the Swift Creek Middle School student and her boyfriend.

"Madison hasn't been in this situation. She doesn't know what to do," Madison's father Scott Bratcher said. "It's scary not knowing where your kid is."

Bratcher said his daughter did not pack any clothes or supplies before leaving home. Piner's foster mother said Dylan took her gray Toyota Camry from outside their house the morning he disappeared.

Bratcher's father said he was thankful his daughter's story was being shared on social media. He said he hoped someone will spot the teenage couple and encourage them to call home.

"I don't want anything bad to happen to Madison," he said. "She needs to come home, just come home."

Anyone with information about the missing teens was asked to call Chesterfield Police at 804-748-1251.