Is mural of girl feeding beaver at adult bookstore taboo? 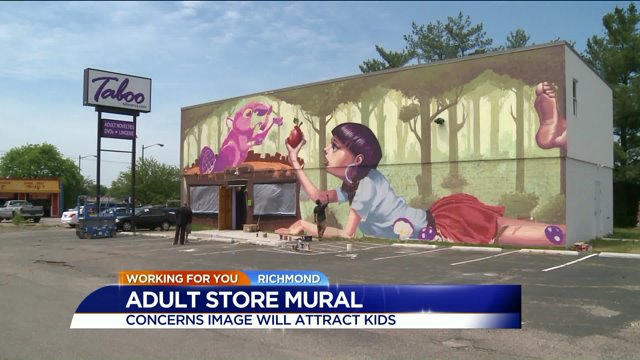 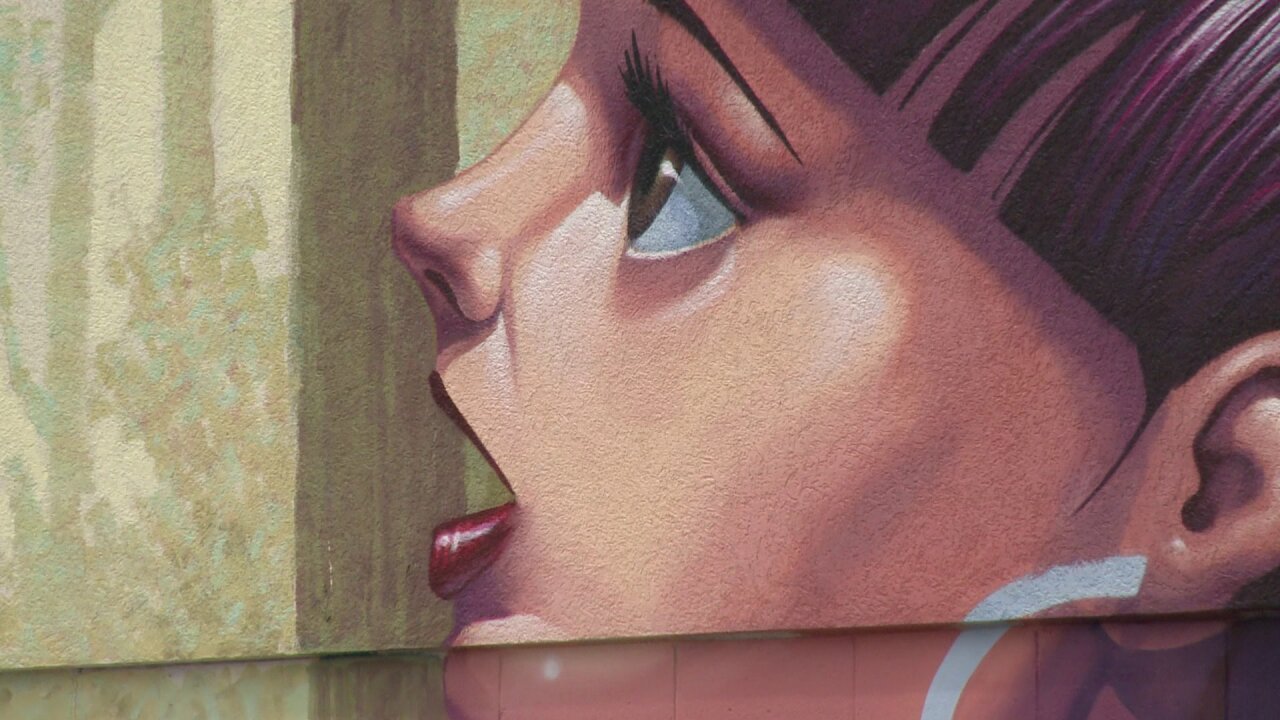 RICHMOND, Va. – Some viewers contacted WTVR CBS 6 News when they spotted a mural being painted on the side of an adult bookstore in Richmond. The vibrant, cartoonish work depicts a female feeding a purple beaver an apple. But some fear the colorful creation may attract children. Jason Sears has nothing but praise for the mural, but questions where it was installed.

"It's beautiful… It's just scary that a kid might come in and expect to see a children's book store,” Sears said.

The Taboo location on Midlothian Turnpike is one of three high-end adult stores owned by Alison Barber.

"It was certainly not intended to be attractive to children specifically or to attract children at all,” Barber said.

Artists Jesse Smith and Miguel Del Cuadro have used 20 gallons of paint and 75 cans of spray-paint since they began work on the project last Friday.

"We wanted something -- honestly, ironically -- something that was not going to cause a stir or a fuss at all,” Barber said. “I wanted something bright and friendly and happy. I definitely did not want to go overtly sexual -- I didn't want it to look like a seedy adult store."

Not everyone thinks that the mural will attract children or pedophiles. In fact, Dennis Czerwinski said he does not think the work would attract or pedophiles.

Alicia Miles agreed and said that she does not believe the art installation will attract kids.

"To me I don't see that as a little girl, that's more of a woman, to me from my view,” Miles said.

But others passing by have concerns.

"Some kids will try their hand at trying to go in there,” Antonio Dillard said.

For the owner, the week-long project is a work of art for adults.

"I don't think kids are going to want to go stare at this mural,” Barber said.

The mural is expected to be completed over the next few days. 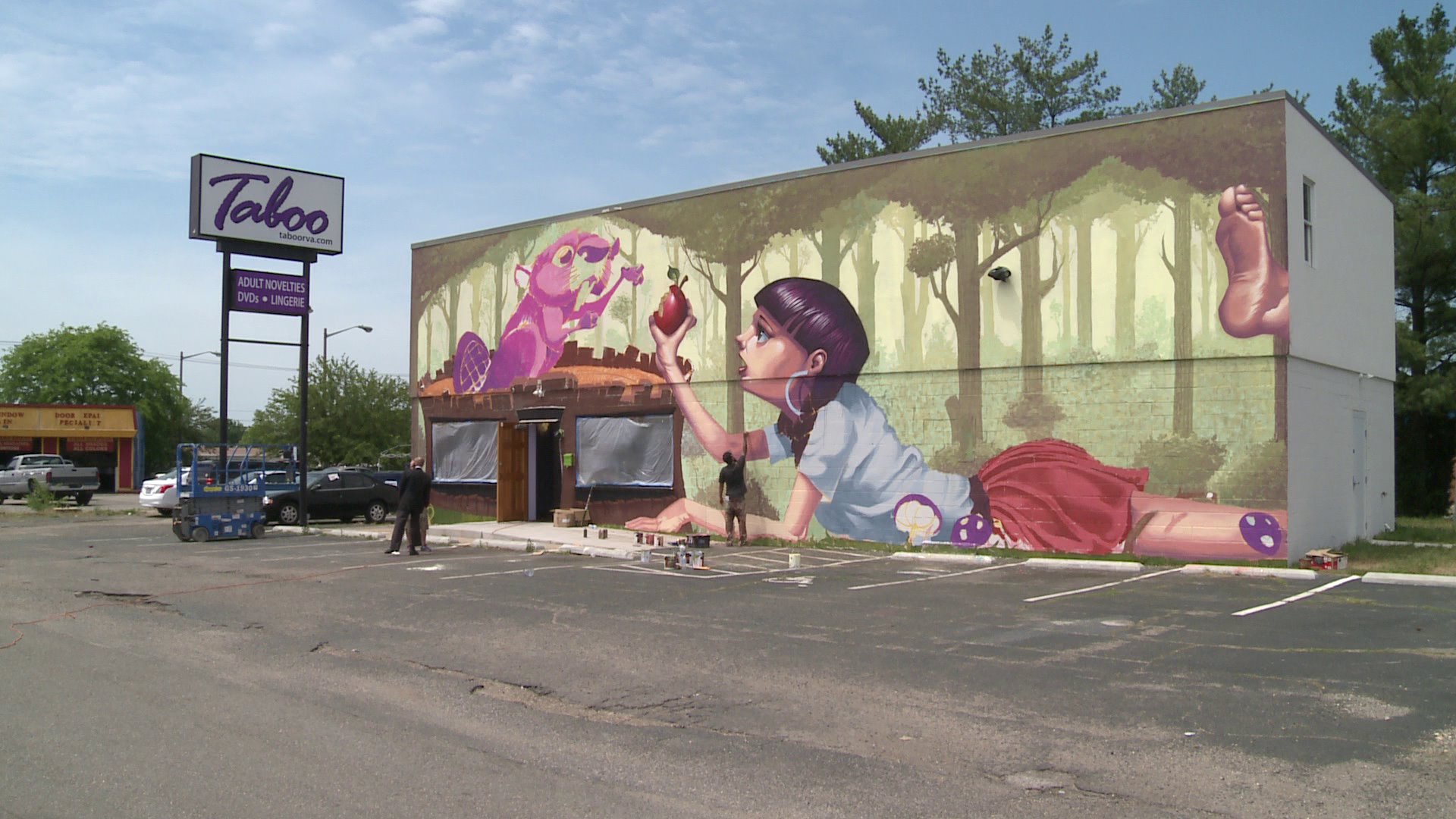 Taboo is an adult bookstore at 5100 Midlothian Turnpike, it is very near an area high school. It recently painted mural that would seemingly attract children on the storefront. It is a young woman lying on the ground with a short skirt and shirt on. She is holding an apple and giving it to a beaver that is sitting on a tree stump. It is beautifully done, but I believe it will attract children to an area that may have deviants, pedophiles or the like.
I believe is sets a dangerous precedent, and I wonder if others are uncomfortable by it.

The artists have documented the project's installation on Instagram: